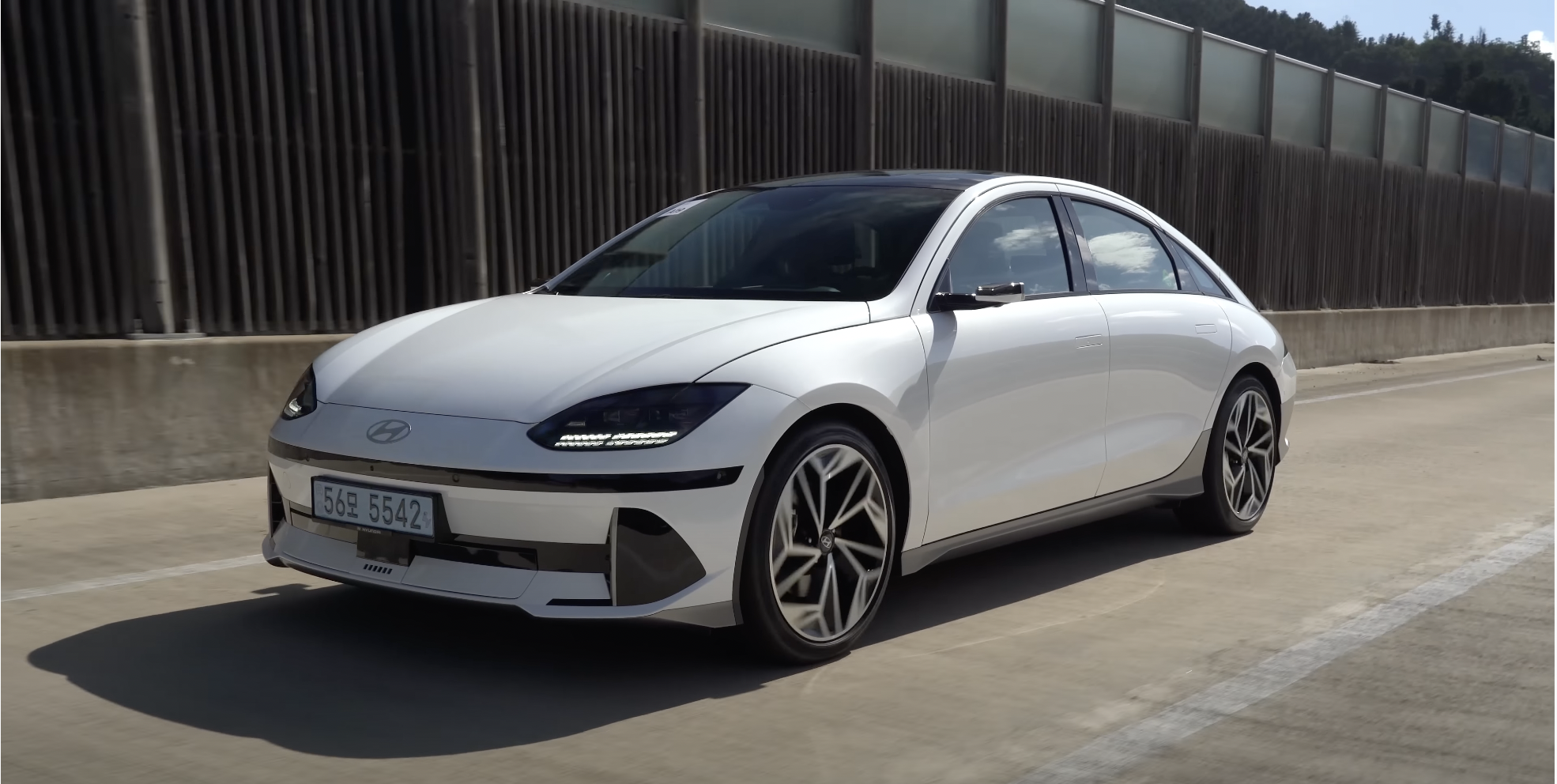 Hyundai Ioniq 6 rips through Korean back roads in first drive

In a video posted by Asian Petrolhead, the YouTuber takes the hot new Hyundai Ioniq 6 on its first drive in the Korean countryside.

Hyundai has continued its trend of bringing excitement to electric vehicles with the Hyundai Ioniq 6 sedan. Like its Ioniq 5 sibling, the sedan has aggressive neo-retro design cues and a clear performance edge. Both exciting aspects were displayed in a recent video by Asian Petrolhead as the Hyundai Ioniq 6 was thrown through the Korean countryside.

The Hyundai Ioniq 6 is built on the same platform as its crossover/SUV sibling, the Hyundai Ioniq 5, and this results in near identical curb weight, wheelbase, and performance stats. However, its unique body style quickly deters the idea that it is a simple clone of the larger vehicle.

If anything, the sedan benefits from the Ioniq 5’s excellent specifications; single motor rear-wheel drive or dual motor all-wheel drive options are available, producing a max of 320 horsepower and 446 foot-pounds of torque, powered by either a 53kWh or a 77.4kWh battery, and capable of charging from 10-80% in a blistering 18 minutes. And while EPA range estimates are not yet available for the vehicle, it is expected to go 400 miles on a single charge.

The video quickly highlights some of the qualitative aspects of the vehicle; better build construction than the Hyundai Ioniq 5, more accelerator sound volume options, new all-digital side mirrors, double laminated windows, and a significantly lower driving position compared to the upright Ioniq 5. This adds up to an experience that could pull customers to the fledgling EV brand.

But the vehicle clearly shines in the curvy back roads it is taken on. Much like the Ioniq 5, the Hyundai Ioniq 6 benefits from the low center of gravity and instant power application, but by embracing a more aerodynamic body style, the Korean sport sedan can really carve.

This leaves many other watchers and me wondering about the availability of an N variant of the vehicle. Hyundai’s “N” lineup of vehicles has become far more than a simple letter. The company even goes as far as hosting and participating in racing series around the globe with their cars. And if a video posted by Hyundai earlier this year is any indication, performance enthusiasts may get exactly what they are looking for.

Hyundai Ioniq 6 rips through Korean back roads in first drive