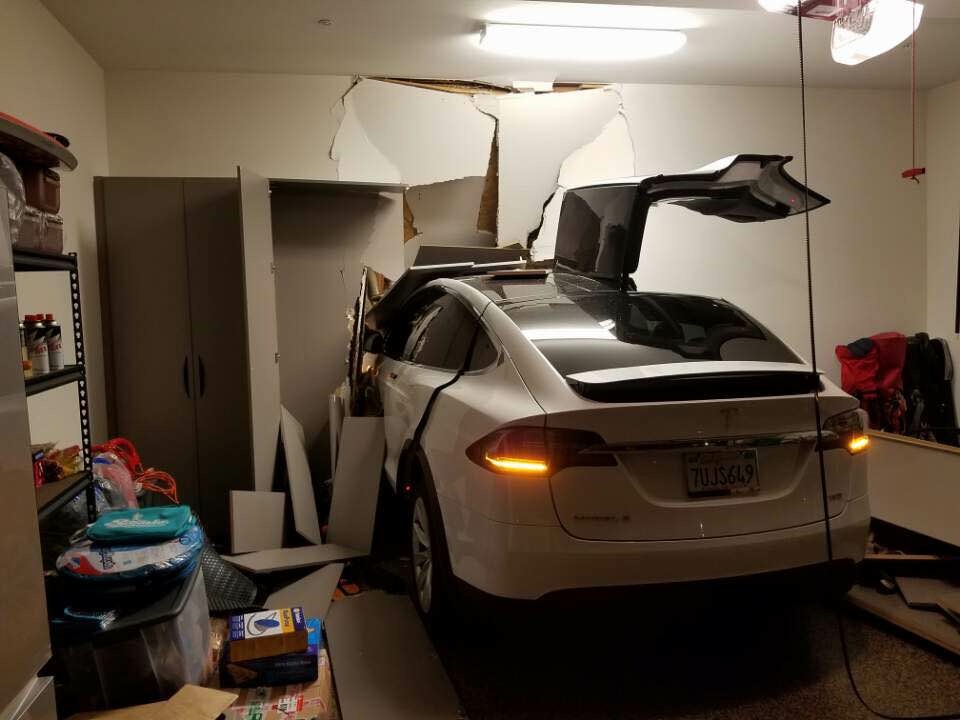 Model X owner, Ji Chang Son, filed suit against Tesla on Friday claiming his electric SUV accelerated on its own and crashed while he was attempting to park the vehicle into his garage, injuring the driver and passenger.

The lawsuit filed at the U.S. District Court in the Central District of California claims that the owner’s Model X “spontaneously began to accelerate at full power” when the driver was pulling into his home garage, and resulted in the two-and-a-half ton SUV crashing through a wall and into the living room.

Updated: Details behind the Son vs. Tesla Motors $5M class action lawsuit have been published “The vehicle spontaneously began to accelerate at full power, jerking forward and crashing through the interior wall of the garage, destroying several wooden support beams in the wall and a steel sewer pipe, among other things, and coming to rest in Plaintiffs’ living room,” the lawsuit said according to Reuters.