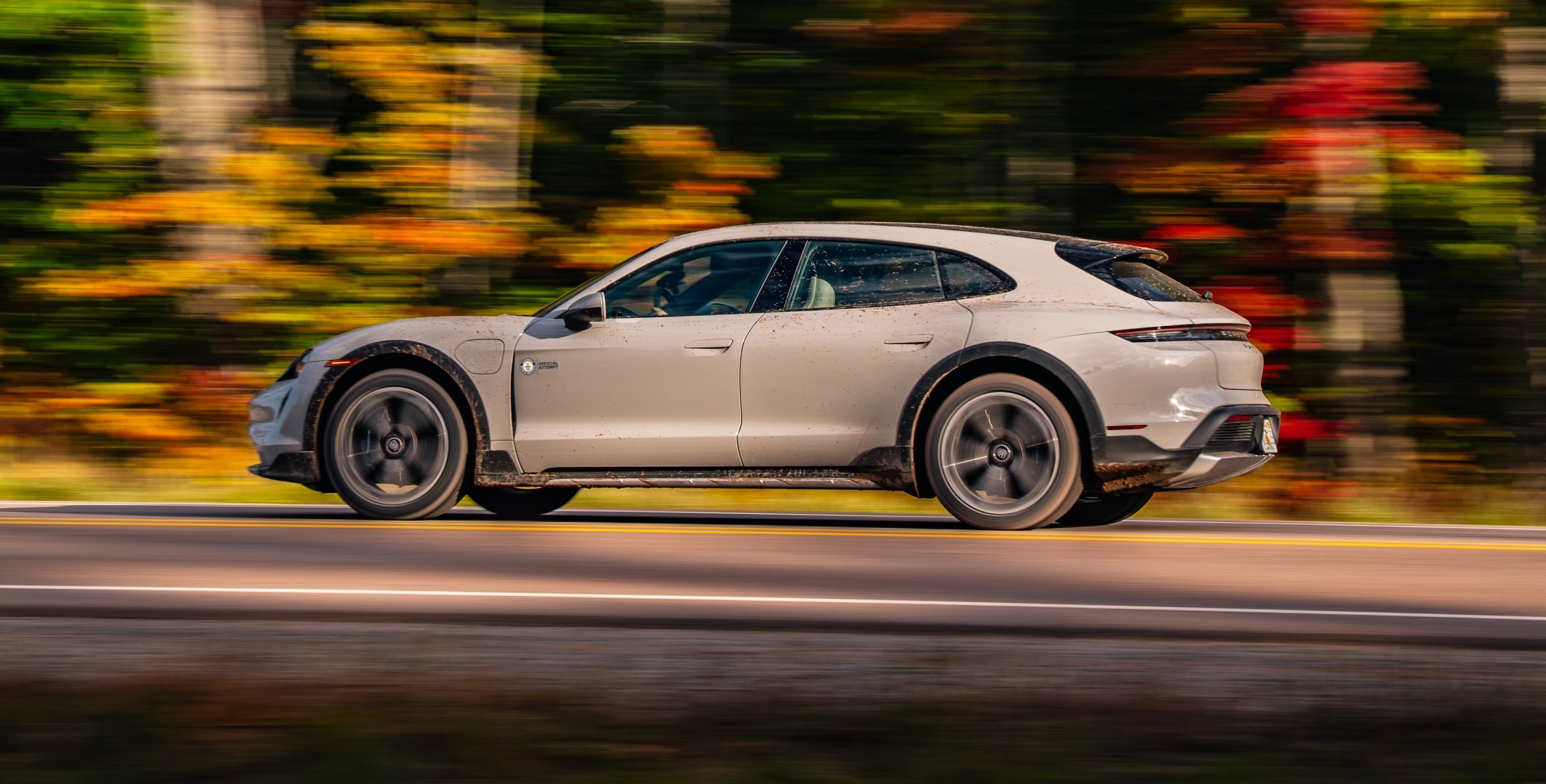 The Porsche Taycan Cross Turismo recently set a rather unique Guinness World Record. Over the course of 33 hours and 48 minutes, a team of drivers led by TV producer J.F. Musial took the all-electric vehicle from 1,774.4 feet below sea level all the way to the top of Pikes Peak, one of the United States’ most dangerous roads.

To achieve its feat, the team of drivers had to bring the Taycan Cross Turismo to Eagle Mine in Michigan, one of the lowest drivable points in the country. Eagle Mine is no walk in the park, as it is 1,774.4 feet below sea level and comprised of rough terrain. Fortunately, the Cross Turismo’s off-road capabilities proved enough to take the vehicle from the mine all the way to more civilized roads.

From there, it was a matter of driving from Michigan to Pikes Peak in Colorado. This involved a 1,413-mile road trip, which was pretty extensive on its own. Multiple charging stops in rapid chargers allowed the team of drivers to replenish the Cross Turismo’s batteries without much delay. But as chance would have it, the team of drivers was faced with weather challenges as soon as they reached the famed mountain.

With the threat of snow in the summit of Pikes Peak, the Taycan Cross Turismo team ascended the mountain as quickly as they could. Ultimately, 2020 Pikes Peak International Hill Climb class winner Dai Yoshihara managed to drive the all-electric car all the way to the mountain’s summit. This was enough to earn a Guinness World Record for the greatest altitude change by an electric car.

J.F. Musial, who started the journey, later noted that accomplishing the Guinness attempt was not just a matter of planning and determination; it was a matter of luck as well.

“You can plan for months, develop a highly detailed schedule, but at the end of the day, it always comes down to execution and weather. I couldn’t have been prouder of our team’s efforts. The weather—that was a different story. I’ve always been told that the mountain decides if it’ll allow you to get to the summit. Despite an incoming snowstorm, we got lucky and found a small 45-minute window to get to the top—the mountain let us get this record,” he said.