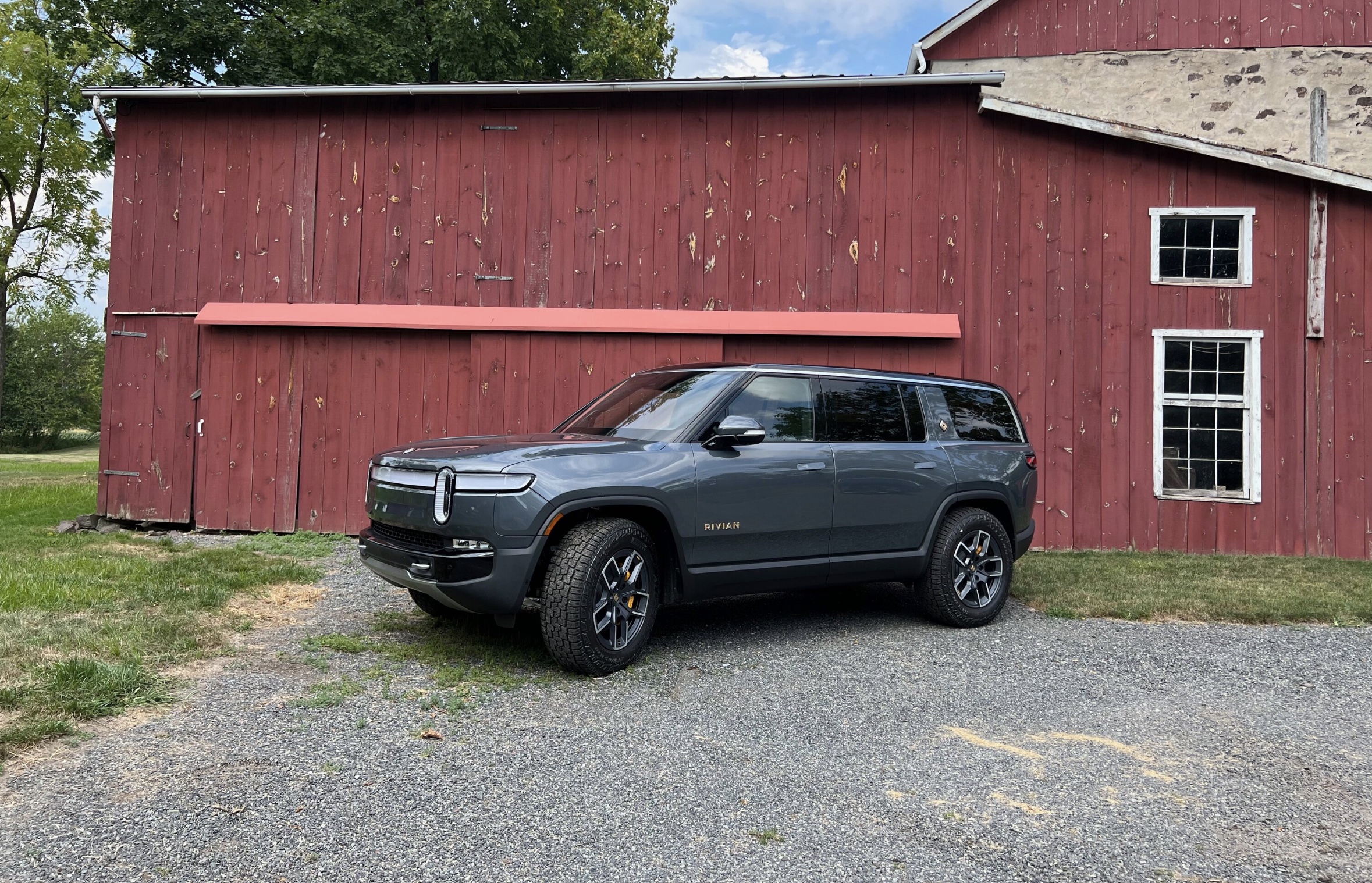 Rivian kicked off the R1S customer deliveries over the weekend.

New R1S owner Fletch shared his experience in the Rivian Forums. Fletch is a new EV owner, with the Rivian R1S as his first electrified vehicle.

“Having never driven an EV before this afternoon, I’d describe it this way: driving it is like being in a video game that got the physics wrong. The acceleration feels like it shouldn’t be possible (especially in a such a big, heavy thing.)” he said after his first drive in an R1S with a Rivian delivery specialist.

From Fletch’s description, Rivian’s R1S delivery was very thorough. It took two and a half hours for the delivery specialist to walk Fletch and his family through the vehicle. The Rivian delivery specialist showed him all the R1S vehicle’s different features, including its cargo space, physical controls, driving modes, infotainment system, and other built-in technology.

The Rivian delivery specialist spent most of the time familiarizing Fletch and his family with the R1S vehicle. They spent a minimal amount of time on paperwork. Rivian was also upfront about the R1S vehicle delivered to Fletch.

“Once unloaded, we started doing a bit of a walk around. Before we really even got started he told me there were a couple of issues the SC had already flagged, but they decided not to hold up delivery. It’s cosmetic stuff, so I appreciated that. We’ll get them fixed at some point,” Fletch noted.

Fletch used Driver+, Rivian’s driver assistance system, on his first day owning an R1S. He noted that the Driver+ worked smoothly on almost all the roads he drove through except in one instance when it turned control over to him.

“The only time it quit on me was when I caught up to a pickup that was stopped in traffic, straddling the line with its right tires fully in my lane. It just quit and told me to take over. I went around him, turned it right back on, and Driver+ continued on its way,” Fletch said.

Fletch charged his R1S for the first time at a Walmart. The session was free.

“It very quickly ramped up to ~212kw, then, after a few minutes, back down to about 40kw, where it stayed. I left it as we shopped, and somehow the whole session was free. (The final screen showed a total of ~$15, with a discount of an equal amount, for a $0 total),” he said, describing the experience of charging an EV for the first time.

Later, Fletch charged his R1S at a campsite through a 30amp RV plug.

“Day one was pretty great. I’ve had a big dumb smile on my face all day, and I’m super excited for all of you who still get to have this day in the near future.”