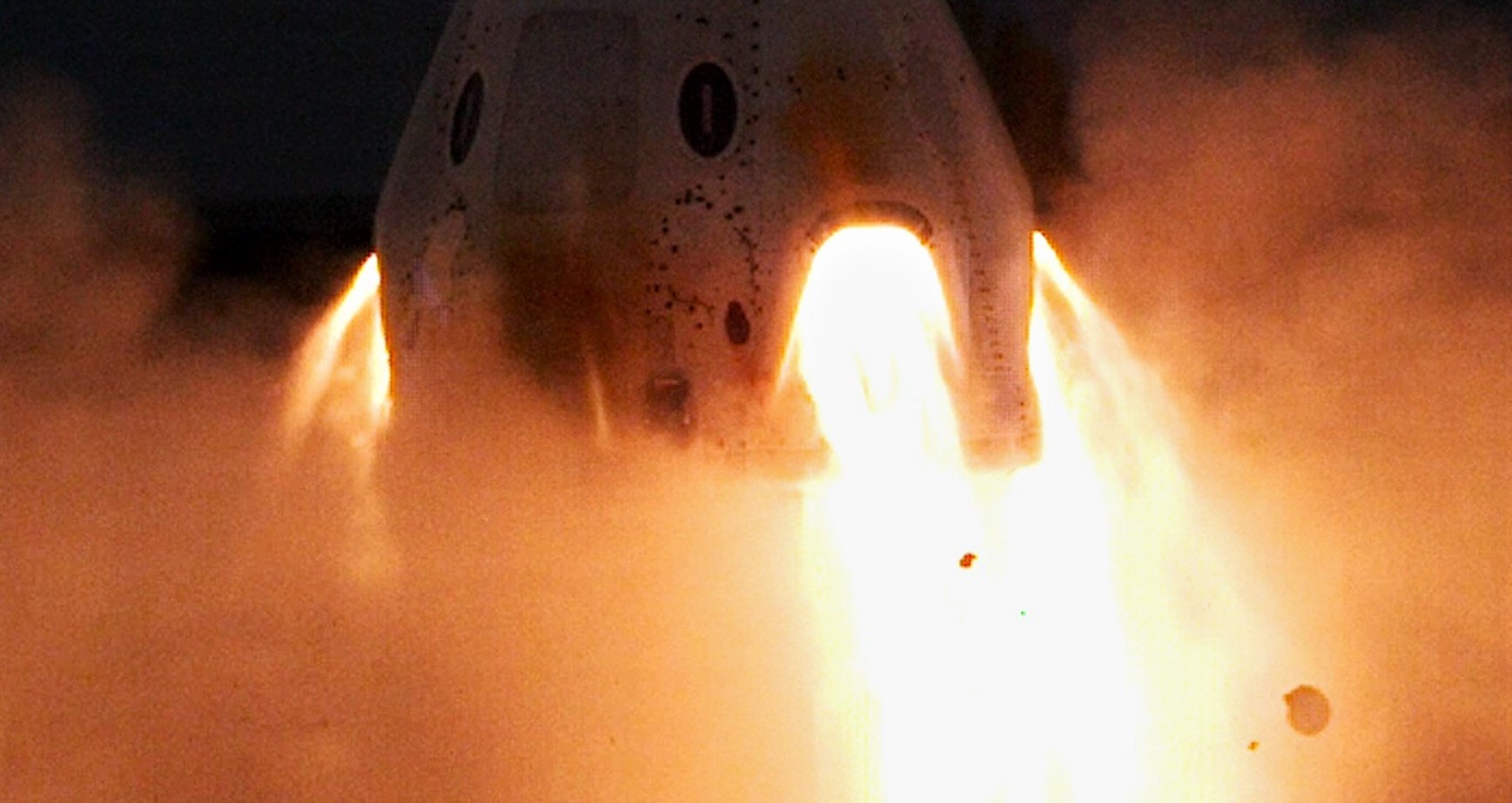 NASA recently invited members of the media to apply for access to SpaceX’s Crew Dragon in-flight abort (IFA) test and, as of December 5th, the company reaffirmed that the crucial test is still on track to launch just weeks from now.

In September, SpaceX CEO Elon Musk revealed that Crew Dragon’s IFA spacecraft and Falcon 9 was scheduled to arrive in Florida within a few weeks. Days later, NASA confirmed that the rocket and spacecraft arrived in Florida on October 3rd, sooner, in fact, than Musk had predicted. Over the next few weeks, SpaceX technicians and engineers effectively closed out Crew Dragon capsule C205, priming it for operations and installing its body panels.

On November 13th, about six weeks after arriving in Florida, SpaceX successfully tested Crew Dragon’s redesigned propellant plumbing and high-pressure gas systems by static firing its Draco thrusters and SuperDraco abort engines. The successful static fire test lasted around 9 seconds, mirroring the SuperDraco impulse and thruster inputs the spacecraft would need to demonstrate in an actual in-flight abort. Crew Dragon has four sets of two SuperDraco engines capable of producing a combined thrust of more than 130,000 lbs (570 kN), almost as much thrust as the original SpaceX Merlin 1D engines used on Falcon 9 in the early 2010s.

Meant to verify that SpaceX has successfully redesigned Crew Dragon after the spacecraft suffered a catastrophic explosion during a very similar static fire attempt, November 13th’s was followed by an exhaustive hardware inspection and data review, some of which is likely still ongoing. Although NASA’s media invite suggests that a given launch event could be just a month or so away, there is a ton of uncertainty when dealing with major launches of new hardware (like Crew Dragon), meaning delays are all but guaranteed.

Most notably, he stated the IFA test was “targeted for February of 2020”, while Crew Dragon’s subsequent ‘Demo-2’ astronaut launch debut was expected to follow no earlier than (NET) “the first quarter of [2020]”, implying either February or March.

As it happened, SpaceX and several media outlets almost immediately attempted to correct the record, instead suggesting that Crew Dragon’s abort test is still tracking towards a launch later this month. Given that a senior Dragon engineering manager was the one to unblinkingly – and without correction – state that IFA is NET February 2020, there’s a strong possibility that he is technically correct but was not supposed to publicize the mission’s delay. At the same time, SpaceX appears to be firm on its claim that IFA is still aiming for a late-December launch. Delays would be no surprise – Crew Dragon’s Demo-1 launch debut took an agonizing three months to go from heading to the launchpad for the first to actually lifting off, almost entirely due to minor technical bugs and NASA paperwork.

Regardless, with less than four weeks left in 2019, SpaceX has an exceptionally tight schedule ahead of it to meet that December 2019 IFA launch goal and will effectively have to static fire IFA’s Falcon 9 before the end of the week or crush Crew Dragon’s inaugural processing time by at least a factor of four to achieve it. As such, a delay in 2020 should be all but expected at this point. With any luck, however, Crew Dragon will successfully perform its in-flight abort within the next 4-8 weeks, leaving SpaceX in a good place to prepare for its inaugural astronaut launch a few months later.