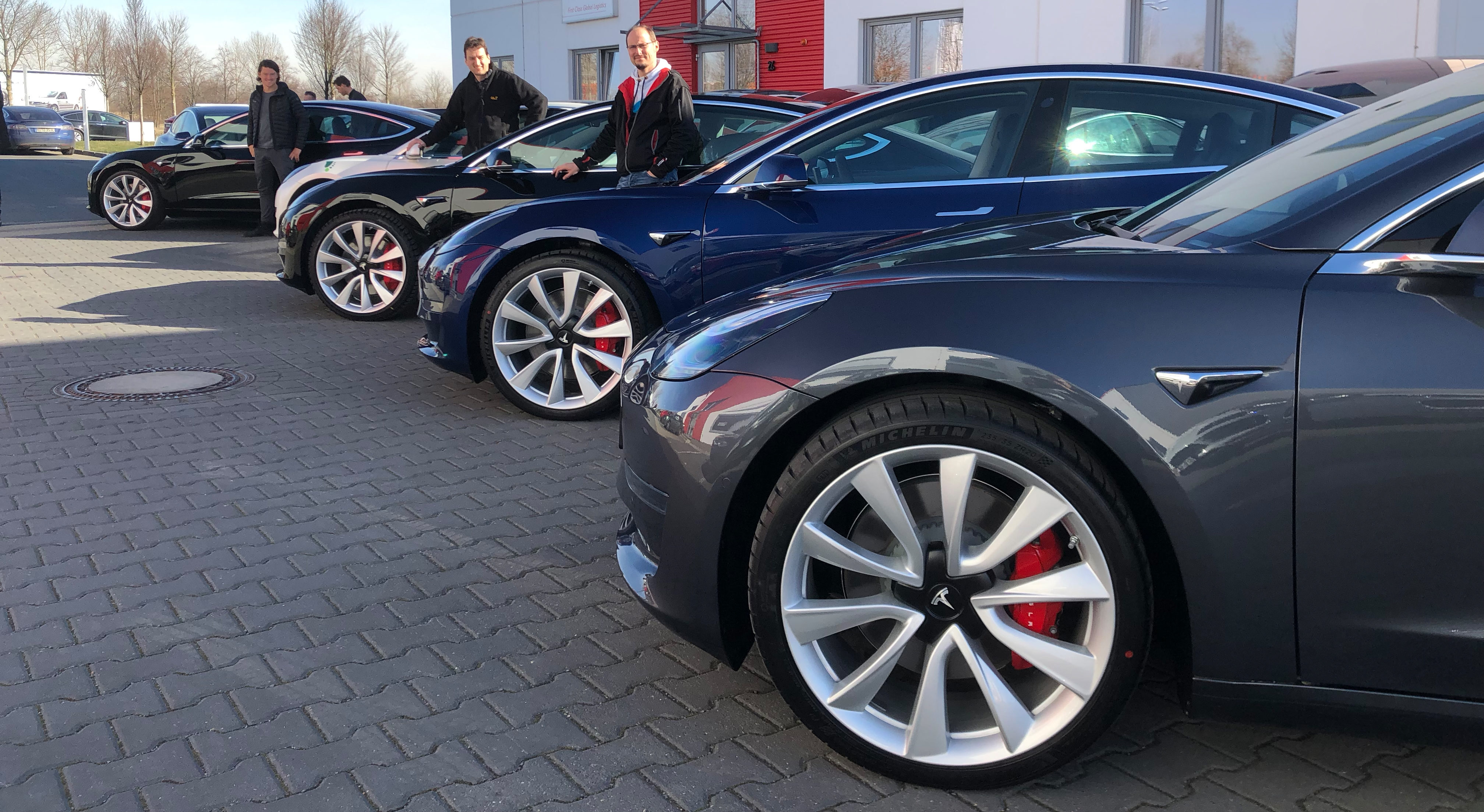 A prominent German electric car rental company, nextmove, has received the first four of its 100 Model 3 orders from Tesla. The vehicles, which are Model 3 Performance, would join the company’s ever-growing fleet of over 300 EVs that are available for its customers.

Considering that nextmove has orders for 100 Model 3, the company expects its deliveries for the electric sedan to continue in the near future, particularly as ships loaded with the vehicle are expected to arrive in the European region on a regular basis. nextmove currently has around 350 vehicles. Thus, by the time Tesla completes the car rental company’s order for 100 Model 3, the electric sedan would comprise about 20% of nextmove’s entire fleet of vehicles.

In a press release, nextmove Managing Director Stefan Moeller expressed his optimism about the electric sedan, pointing to the vehicle’s success in North America and its impending invasion of Europe’s EV market.

“The Tesla Model 3 has already made a brilliant market launch in North America. In 2018 it was the best-selling premium vehicle in the USA and at the same time the best-selling electric car worldwide. Now a real tsunami is rolling towards Europe. The disruptive change is in full swing,” he said.

“We are delighted to hand over the first four Tesla Model 3 to nextmove. The rental gives potential buyers the opportunity to see for themselves the everyday practicality and multiple benefits of our affordable mid-range vehicle. This is how many drivers have already found their way to their own Tesla in recent years,” he said.

nextmove is one of Tesla’s largest customers in Germany, with the company already offering the Model S and Model X as part of its lineup of vehicles, together with EV offerings from Jaguar, Hyundai, Kia, Volkswagen, GM, BMW, Renault, and Nissan, to name a few. The company also expects to add upcoming EVs such as the Audi e-tron to its fleet in the near future.

The car rental company is no stranger to Tesla’s electric cars and their capabilities. Last year, nextmove succeeded in setting a new hypermiling record for the Model S by having the full-sized sedan travel 701 miles on one charge. The company also accomplished a similar feat for the Model 3, having the electric sedan travel 623 miles on a single charge while traveling almost entirely on Autopilot.