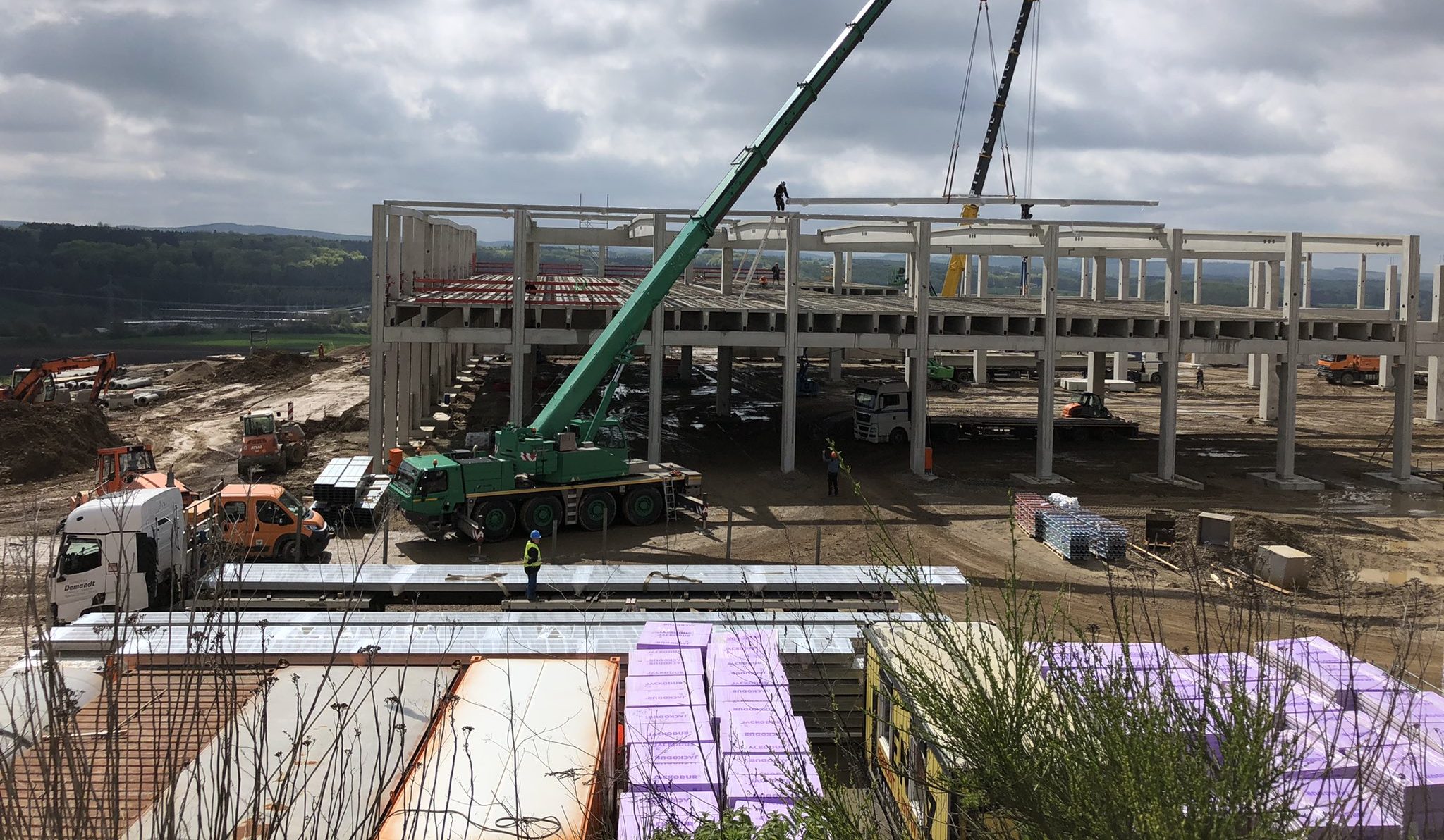 Tesla seems to have hit gold with its adoption of prefabricated construction techniques, with the EV maker utilizing the system to build its facilities at an extremely rapid rate. Among the facilities that seem to be getting the prefabricated treatment is Tesla’s Grohmann Automation site in Prüm, Germany, which is currently undergoing an expansion.

Late last month, Tesla owner and electric vehicle advocate @Humpidumpi2 dropped by the Grohmann Automation site in Prüm, only to find a massive construction project underway. The construction was located in an area previously used as a parking lot by Tesla Grohmann employees, and it was littered with prefabricated concrete posts, similar to those used in Gigafactory Berlin.

Recent visits to the area have revealed that the expansion of the Tesla Grohmann Automation site is moving at an extremely impressive rate. A short video clip of the location showed that the area was busy with heavy machinery, and some floorings were already being set up. More prefabricated concrete pillars could also be seen across the entire building site.

Tesla has so far not released any information about its ongoing construction project in Prüm, though dozens of job openings for the location remain listed on Grohmann Automation’s official website. With this in mind, it appears that Tesla, at least for now, is looking to recruit more workers for the Grohmann Automation site.

The Grohmann Automation site produces crucial machinery that Tesla uses for its facilities, such as Gigafactory Nevada. Considering Tesla’s rapid expansion in the coming years, the demand for production machinery is bound to increase. This makes the ongoing expansion of the Prüm site sensible, as Tesla would probably need all the machines that the Grohmann site can manufacture in the coming years.