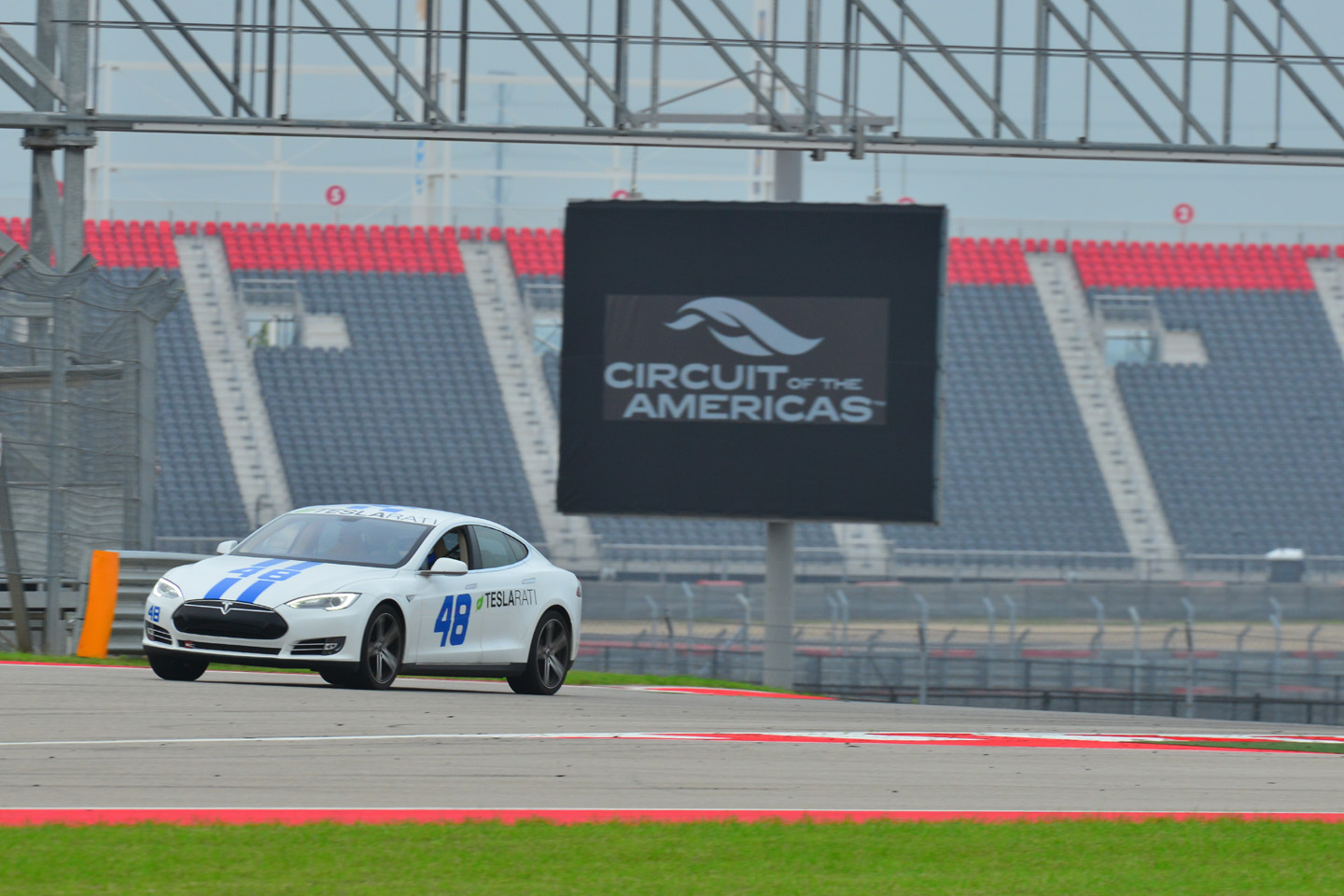 We took a trip to Austin, Texas to experience the thrill of a Formula 1 track in our 48 Tesla Model S

We headed out with the organizers of REFUEL to Circuit of the Americas (COTA), a world-class race track built in 2011 that has hosted some of the top racing organizations in the world such as Formula 1. Having gone to various tracks in all shapes and sizes over the past couple of years, to say that COTA is an experience of a lifetime would be an understatement.

Circuit of the Americas: The Track By far the most fun aspect of the track is its layout which allows for extreme high speed even across the technical sections. The world-class Formula 1 track has the smoothest surface we’ve ever seen, but the only problem with that is, when wet, it’s completely not drivable (at least for non-Formula cars) – anything above street speed results in sliding. The wide nature of the track is great for passing and provides buffer room for mistakes. Even the shoulders of the track are more than a car wide. The facility itself is enormous. Even after our GPS informed us that we have arrived at our destination, we still had several miles to drive after that!

The track length is 3.4 miles, with two big straightaways and several technical sections. How did the Model S perform? Being a big and heavy car, the Model S prefers big and wide tracks with high speed straights. The S sections (turns 3 through 9) and wide turns, (16 through 18) were our favorite sections as we found a natural grace carrying the car’s heavy weight smoothly through the high speed turns. The car rotated nicely around the wide turns on our Toyo Proxes R888 285 wide racing tires.

Overheating and power limiting was more prominent than ever, but no surprises there given the fast track. However, we were unable able to reach speeds above 115mph on the straightaways despite there being more than enough room to top out the car. For reasons we can’t explain, acceleration was limited and we were not able to increase speed by more than 1 mph per second. We’ve never seen this behavior of the Model S on any other track before.

Charging ended up being more challenging than we anticipated. The plan was to run for two sessions and go to the nearest Tesla Supercharger, but the 40 mile distance to was just too far to allow for a mid-day charge. It would have been a 2 hour turnaround time. We ended up using a 50 amp outlet t an RV space. We’re happy the track staff were kind enough to let us charge for free.

We ended up charging at the San Marcos, TX Supercharger before and after the race. Some of the team took the opportunity to test our new Tesla Lifestyle app at the time while we waited for the charge. If you’re interested in following our future journeys, feel free to find our checkin on the app at San Marcos, TX and follow us there. Energy usage was higher than other tracks we’ve visited, with 5 rated miles used for 1 actual mile driven (it’s usually 4). This translated into about 17 rated miles per 1 lap. Being able to recharge at the track allowed us to run between 15-20 laps which includes the warm-up/cool-down laps.

Overall, it was a very fun and unforgettable experience. A big thank you to COTA and Speed Ventures for being able to do this!