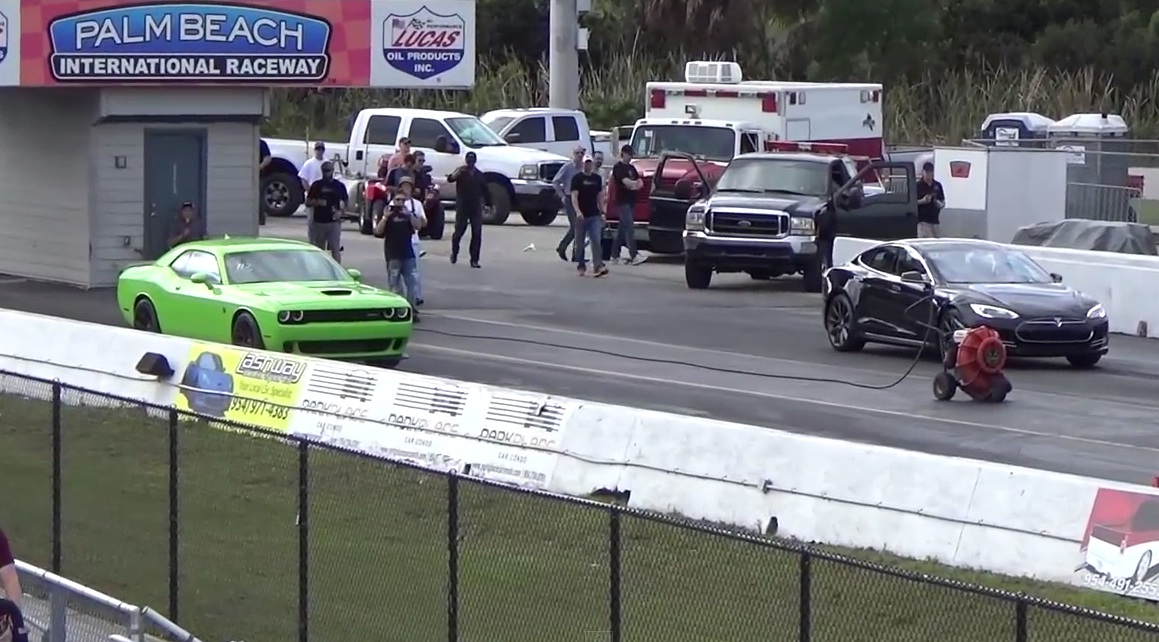 The scene was yesterday’s StreetCarDrags event held at the Palm Beach International Raceway in Jupiter, FL where Tesla’s new all wheel drive 691HP took on the Dodge Challenger 707HP SRT tuned Hellcat in a head to head battle down the 1/4 mile drag strip.

This is an interesting battle in many ways not only because both vehicles share similar horsepower figures but also because both tip the scales at over two tons in curb weight. Aside from the P85D street races caught on video, there hasn’t been any documented evidence on how quick Tesla’s flagship vehicle truly is when tested in an official 1/4 mile track setting. We’ve seen DragTimes dyno test the P85D to the tune of 864 lb-ft at the wheels, an astounding figure that rivals that of the world’s most powerful Super Cars. Car and Driver’s 1/4 mile test of the Challenger SRT Hellcat clocked a blistering 10.85 seconds at 126.18 mph (on street-legal drag radials).

Spectators of the event were in for a treat as they were about to witness first hand how Tesla’s high-horsepower sleeper would fare against the brazen rubber burning Challenger Hellcat down the 1320. Little did they know they were about to see a world record 1/4 mile time being set for a Tesla.