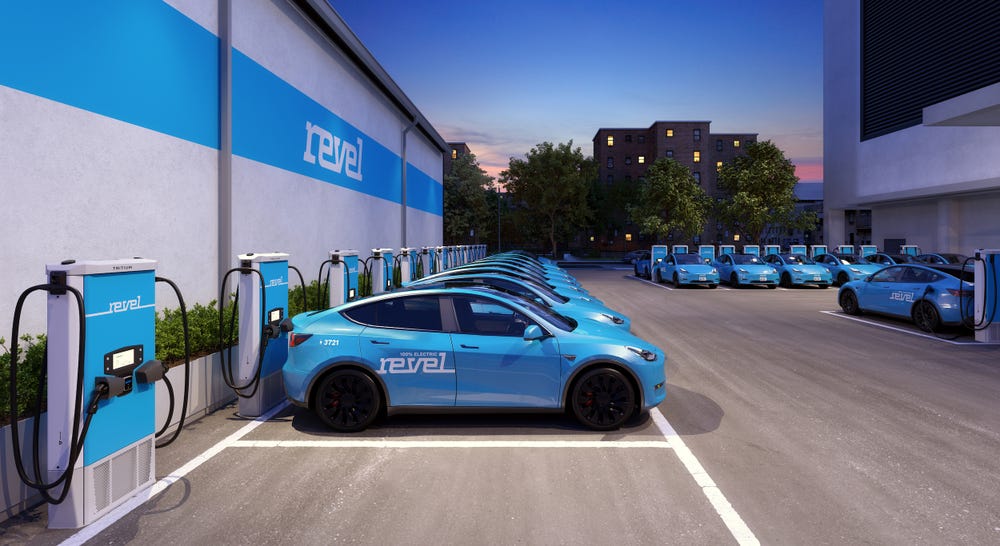 Revel, a New York City-based ridesharing company, will launch its fleet of Tesla Model Y taxis in the Big Apple in early August after a mix-up with NYC’s regulatory agency, the Taxi and Limousine Commission (TLC).

The approval and soon-to-be-launched fleet of Model Y taxis will hit New York City streets on August 2nd, according to Revel executives.

In mid-June, it was reported by several news media outlets that the NYC TLC had successfully blocked the inclusion of Revel’s Tesla Model Y taxis citing a stoppage on issuing new-for-hire taxi licenses for electric cars. However, the story was blown widely out of proportion through what TLC Spokesperson Allan Fromberg called, “a giant game of telephone.” In reality, the City placed a capacity limitation on the number of approved taxi licenses in 2018, halting the issuance of new taxi licenses for all vehicles, not just electric ones.

Cries of conspiracy floated through the EV community, failing to accept the unfortunate verdict that was placed upon Revel’s all-electric, sustainable fleet of taxi cabs donning the notorious Tesla “T.” However, the TLC has granted Revel 49 licenses, according to Fromberg, covering all but one vehicle in the company’s Model Y fleet.

Of the 49, fifteen have been inspected and approved for operation as early as next week. The New York Daily News, who initially covered the story, said 35 others will roll out when they are inspected and approved for ride-hailing services. The fleet will operate south of 42nd St. in Manhattan, stretching down to the tip of the island. Revel told Teslarati that it will consider growing into other neighborhoods and boroughs once the company has more of an idea of where the fleet is being utilized most frequently.

The company will also open a Superhub in Bed-Stuy, Brooklyn with 25 Level 3 chargers. This will make it the largest universal fast charging depot in the Americas, the company said.

The addition of Revel’s 49 Model Ys broadens New York City’s small fleet of electrified taxis. 120,000 licensed vehicles already navigate through the City’s five boroughs, and there is not room for many more cars. However, the TLC is fully supportive of a transition to electrification, and it expects several agencies to make a more conscious effort toward introducing electric powertrains in the coming years. “The TLC is fully committed to a 100% electrified future, just not at the cost of additional congestion,” Fromberg told Teslarati.

For Revel, it has been a long and drawn-out process. The company’s attempts to gain licenses for its Model Y fleet started in March. After the five-to-one vote that approved the banishment of the EV exemption for taxis, Revel’s already-submitted applications were ultimately approved. A company spokesperson told Tesarati that Revel did not anticipate the approval of the licenses.

Fromberg, who has been the TLC’s Deputy Chief of Public Relations for several years, said that the agency was legally required to review and process Revel’s applications because they were submitted prior to June 25th, three days after the vote took place. “Revel applied for a Base License in the late Spring and submitted applications for electric cars ahead of the June 22nd vote. The Yellow Taxi market is rebounding and ridership has increased steadily since the City’s reopening,” Fromberg told us.

Revel CEO Frank Reig said, “The initial response from the public has been overwhelming, and we can’t wait to start serving New Yorkers who care as much about the City’s future as we do. With our all-electric rideshare fleet and fast-charging Superhub network, we’re investing in a zero-carbon transportation future. We’d like to thank Commissioner Jarmoszuk and the TLC for supporting New York City’s climate goals, and working with us to get the city’s first all-electric, all-employee driven fleet on the road.”