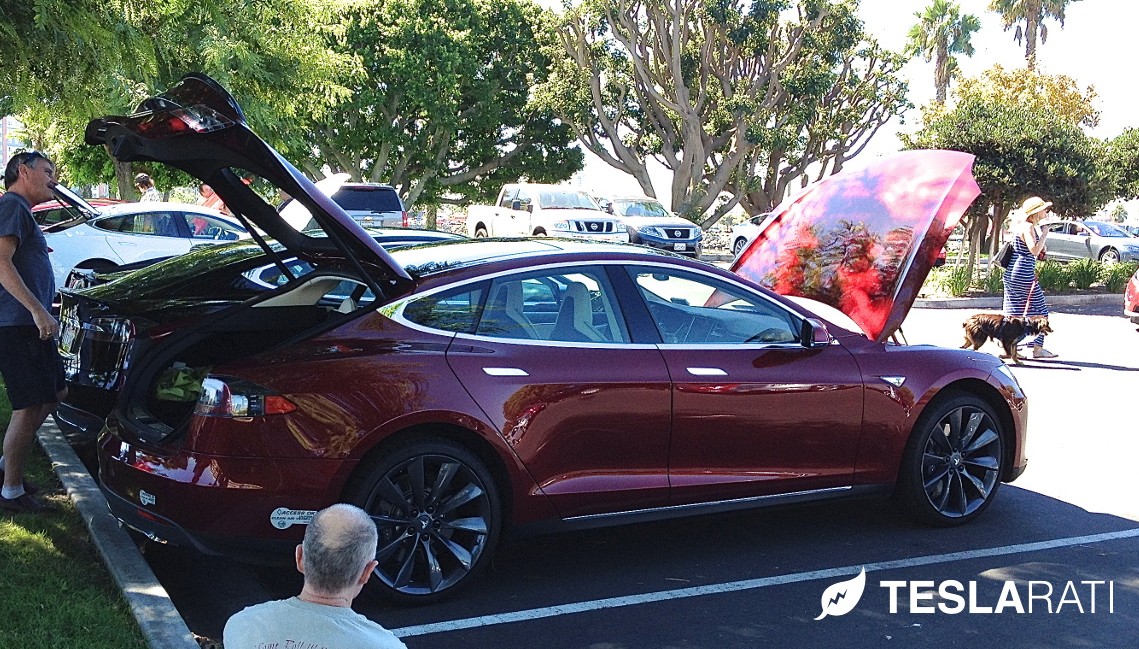 The Tesla used car market has been relatively small up until this point mainly because many owners just don’t part with their Teslas. Thanks to the recent D announcement, the Tesla second hand market just doubled in size and will continue to grow as Model S owners begin selling off their cars in exchange for Teslas with newer features.

It’s truly a genius tactic by Tesla Motors that allows early adopters to remain happy by having the latest and greatest, but also enables people that wouldn’t regularly be able to afford a $100k+ Tesla to purchase one at a deeply discounted second hand price.

So, what is a used Tesla Model S worth? Well, that depends on how much you drive and Model S owners that drive between 12k – 15k miles per year can expect trade in values ranging between $55k – $70k. This works out to an effective cost (the amount paid during ownership) between $30k to $40k.

The trade in value on my Model S 85, assuming I put on 25k miles by the time the D option becomes available, will be approximately $49k. If this seems low to you, that’s because it is. There are a few reasons for it which I’ll explain. First, your car loses substantial value the instant you drive it off the lot. Second, Tesla is jump starting a secondary market by placing a pretty low residual value.

Chances are that you’ll get a better price selling the Model S on your own to another private party, which incidentally is exactly what many Model S owners are doing.

Trading in Your Model S for a New Dual Motor Variant

Tesla updated the pricing of the Model S and its options when it added the new dual motor and updated Tech Package to the order selection screen. For fun I decided to configure a Model S with very similarly specifications to my own with the only additional feature being the dual motors. The sticker price for that configuration came out to $98,140 or about $4,000 more than my S85.

You may be eligible for another Federal tax incentive of $7,500 and a State-level $2,500 rebate (varies by state) for having a battery electric vehicle. Tax and registration adds another $6,000 which ends up netting out a zero after factoring in the Federal and State incentives.

Trading in my S85 for a newly configured 85D would cost me $48,473. Not only would I have the dual-motor upgrade, but I’d also have the new autopilot feature along with a brand new car with 0 miles and a fresh battery.

The cost to “upgrade” from an old Model S to the new one will obviously vary by owner depending on the age and condition of the trade-in, but will generally cost you between $30k – $50k. On the other hand, brand new buyers have the option to add the dual motor option for “just” $4,000 extra.

Are the dual motor and autonomous driving features worth $48K? Not to me at least. I’d love to have them but I love my Model S as it is.