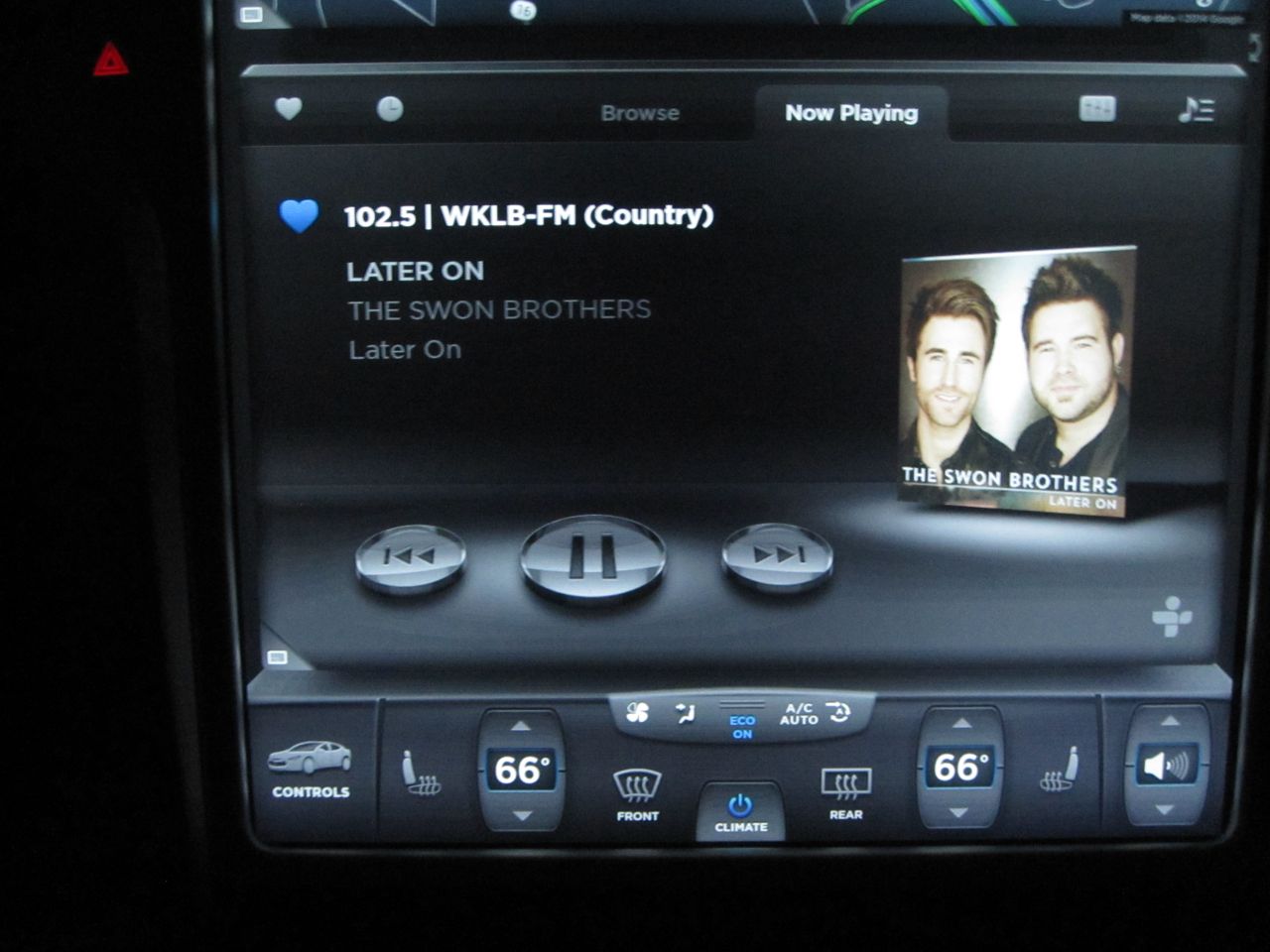 TuneIn Radio on the Tesla Model S blends Slacker Internet music with AM/FM Radio. It brings some of the strengths of each while dropping the weaknesses. Similar to Slacker and AM/FM, TuneIn radio is a standard option on every Model S (at least in the US). There is another music/radio type option for the Model S with XM radio that comes with the premium sound system but I didn’t purchase that system and have yet to get a loaner with it activated.

As mentioned in my prior post, I’m not a huge radio or TV fan, but if you’re going to listen to Radio in the Model S, I’d recommend forgoing the AM/FM options and heading right to TuneIn Radio. The TuneIn interface in the Model S is really well done and prominently displays a huge listing of stations. You want to listen to country music from Norway? No problem! You could literally spend all your time in the Model S exploring station after station around the world in so many formats and languages. I find that amazing.

Select Internet from the music selection screen and then pick TuneIn. You have a set of choices of your favorites, local radio stations, stations by type (music, talk, etc.) and by location. Each area is rich with a ton of stations. For example, I couldn’t find a local AM or FM station I knew about that wasn’t also on TuneIn.

I could find stations that friends and family listen to all the time from different areas of the country that I’ve also come to love through my travels. I can listen to the same station that my in-laws are listening to in Pittsburgh when they ping me about a new song that just came on — you just can’t do that with normal radio. I can also pick up a Pittsburgh Steelers game which you won’t find broadcast in New England much. The Steelers don’t do much for me since I’m not a sports fan, but they sure make the wife less grumpy about not getting to drive!

After you’ve found that favorite country station in Tanzania (no kidding, there is one), you can favorite the station and come back to it later in My Favorites. For convenience the local stations are also gathered in a section. Once you pick a station the interface looks very much like the interface for standard radio. The forward/back controls skip you forward/back stations in the same category area (i.e. your next favorited station, or next local station). There’s album art and song information shown for the music playing most of the time or for the station when it can’t find anything. What’s also really nice is you can actually pause TuneIn radio for a call or a pit stop and then pick back up with the radio which you can’t do with AM/FM radio even in the Model S. Like standard AM/FM radio, these are radio stations and they have the DJs talking, radio ads, and all sorts of other stuff. If you’re looking for entertainment, traveling company or news and information then this kind of radio format over Slacker or your USB music library is going to be great for you and there’s a lot of choices available.

Other than the broad choices, another great option is that Internet radio sounds better. You need a working 3G connection (standard in every Model S) and be somewhat near civilization. For me 3G is generally more reliable than AM or FM in my area, but what contributes to this sense of reliability is its ability to buffer (or save up) a section of the music for those intermittent periods where it loses connectivity — music doesnt skip or fade in and out with Internet radio. This means all those stations you could barely receive on standard FM that frustrated you with HD/SD quality changes or that you got a ton of static with you can get through Internet radio and the quality and reliability is better.

Perhaps it’s me, but listening to static in the Model S just doesn’t seem right. Static on my sound system should be a thing of the past and it is with TuneIn Radio.

TuneIn radio is still radio and I’m not a huge fan of the format with ads, etc. But if I’m going to listen to radio on the Model S it’s going to be via TuneIn. The standard AM/FM radio area is a waste of time but for long trips when I’m looking for something to break up the monotony of book tapes or my (overly country!) music library. I could kill some serious time with TuneIn and the massive collection of stations and formats.

It would be interesting to see what the interface looks like for XM radio for those that have the premium sound system. I strongly suspect that TuneIn provides the best radio experience on the Tesla Model S.