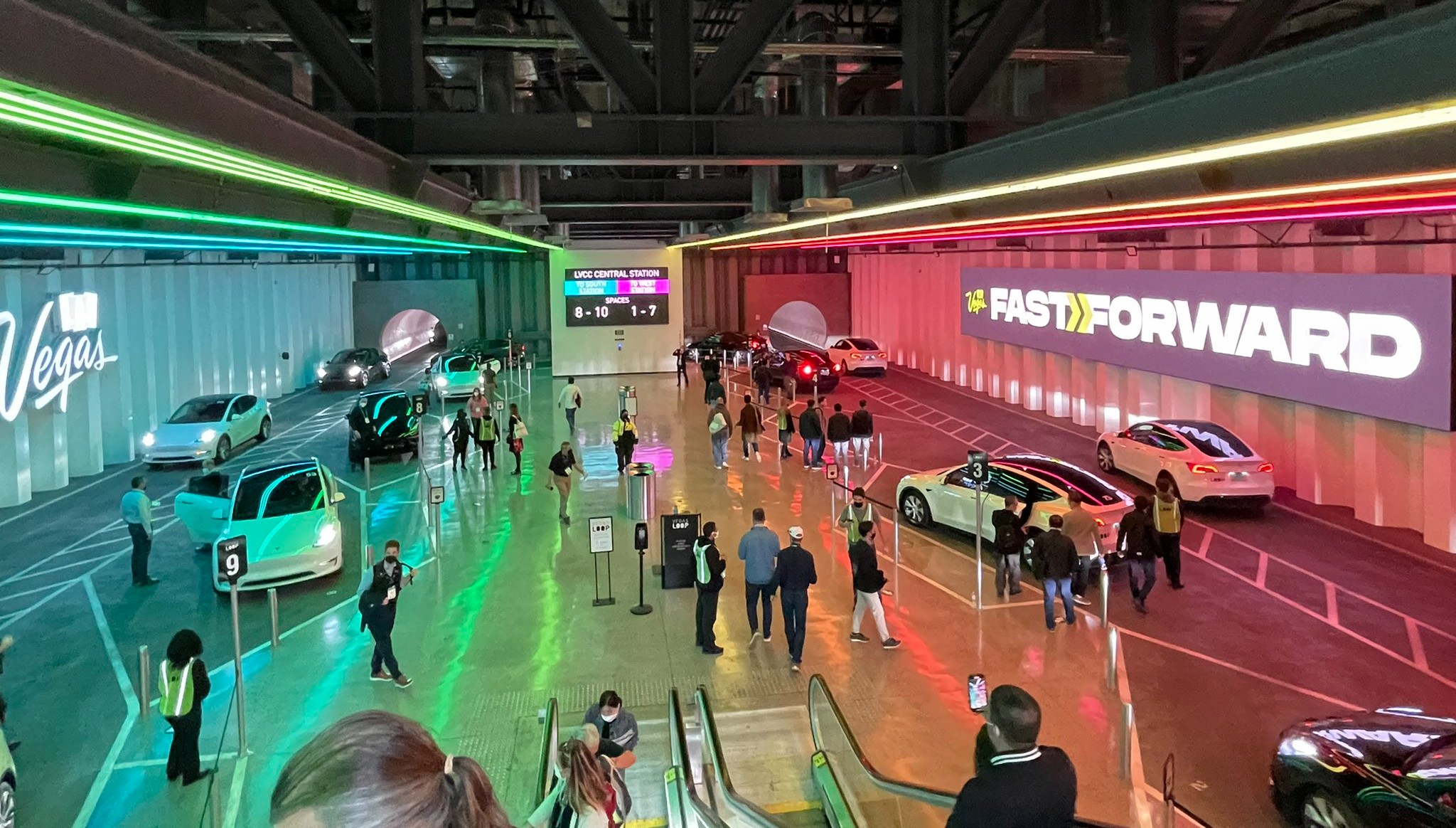 The Boring Company’s (TBC) Las Vegas Convention Center (LVCC) Loop in Sin City recently increased its Tesla fleet to 70 vehicles as part of its efforts to cater to the influx of visitors attending CES 2022.

CES 2022 is one of the world’s most influential tech events. This year, it kicked off on Wednesday, January 5, 2022. The event features prominent exhibitors like General Motors, LG, Panasonic, and many more well-known companies. More than 2,200 exhibitors confirmed they would showcase some of their innovations in person at the Las Vegas Convention Center.

As a popular tech event, CES 2022 undoubtedly drew many people to the Las Vegas Convention Center, meaning the LVCC Loop would be experiencing a lot of foot traffic. According to Mick Akers from the Review Journal, the Boring Company increased its Tesla fleet to 70 cars. The increase in Tesla vehicles might be the Boring Company’s solution to keeping foot traffic between the convention center’s three halls flowing in preparation for the influx of CES 2022 visitors.

In November 2021, public documents revealed that the LVCC Loop had not hit some of its transportation targets yet. Documents revealed that the manually-driven Teslas took nearly four minutes to transport passengers through the underground tunnels instead of the target, which was two minutes. However, the LVCC Loop has met its capacity goals. For instance, The Boring Company’s Las Vegas tunnel hit its capacity target during a demonstration event in May 2021 when it transported 4,400 conference attendees per hour.

The CES 2022 tech event may be another opportunity for the LVCC Loop to achieve new targets and hit some of the goals it barely missed in 2021. Akers stated that 70 Tesla vehicles were the maximum for the LVCC Loop, meaning it is running at full capacity during CES 2022. Even so, it may take time to ramp operations fully.

The Las Vegas Convention and Visitors Authority (LVCVA) board agreed to pay TBC up to $6.5 million for the operations and management of the LVCC Loop beginning February 1, 2021, through June 30, 2022. The LVCC Loop does not charge fares as per the agreement with the board. The LVCVA generates revenue from the LVCC Loop through advertising, sponsorships, and facility rentals.

The board’s agreement with TBC also stated: “The Agreement provides for an additional fee in the form of a Base Operations and Maintenance (O&M) Fee for full operation of the System. The Base O&M Fee is scaled for show size, with a maximum daily fee of $30,000 for the largest sized facility shows.”