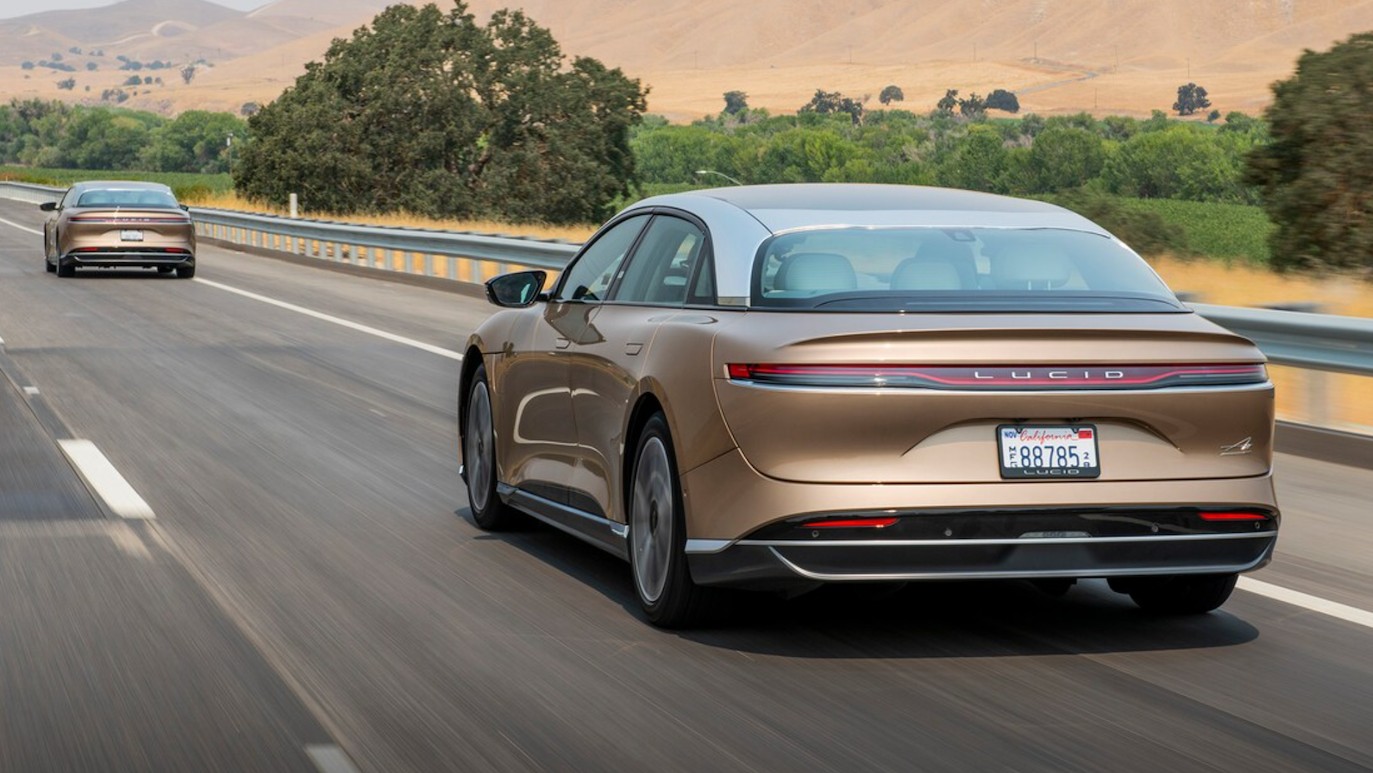 Lucid has held high hopes for its range ratings since announcing the Dream Edition in September 2020. At its Livestreamed unveiling event for the vehicle, Lucid stated that it had receieved a 517-mile range rating with a 9.9-second quarter-mile time. The vehicle has officially undergone preliminary EPA tests ahead of its initial production and deliveries, which are set to take place later this year.

“I’m delighted that our Lucid Air Dream Edition Range has been officially accredited with a range of 520 miles by the EPA, a number I believe to be a new record for any EV. Crucially, this landmark has been achieved by Lucid’s world-leading in-house EV technology, not by simply installing an oversize battery pack,” CEO and CTO Peter Rawlinson said. “Our race-proven 900V battery and BMS technology, our miniaturized drive units, coupled with our Wunderbox technology endow Lucid Air with ultra-high efficiency, enabling it to travel more miles from less battery energy. The next generation EV has truly arrived!”

The Dream Edition of the Air sedan is Lucid’s golden egg. With the now confirmed 520-mile range in early tests, the impressive statistic will join the 933 horsepower all-electric motors that make the vehicle one of the fastest, and most fun to drive, on the market. A recent review of the car from MotorTrend revealed the Air’s several driving types, coupled with impressive drag coefficients that make it an aerodynamic marvel. The review also focused on the Air’s range, and MotorTrend drove two vehicles from Los Angeles to San Francisco at highway speeds without stopping for a charge, arriving with plenty of range still left in the car.

Lucid’s 520-mile range rating applies to the Dream Edition with 19″ wheels. Putting 21″ wheels on the vehicle will still give you a 481-mile range rating. Additionally, the EPA also calculated the range for the Air Dream Edition Performance variant with 471 and 451 miles with 19″ and 21″ wheels respectively. The Lucid Air Grand Touring will pack 516 miles of range on the 19″ wheels, and 469 miles on 21″ wheels.

As a result of the tests, Lucid now owns the top six spots on the EPA’s overall range ratings among EVs, as well as the highest MPGe ratings in the Large vehicle class.