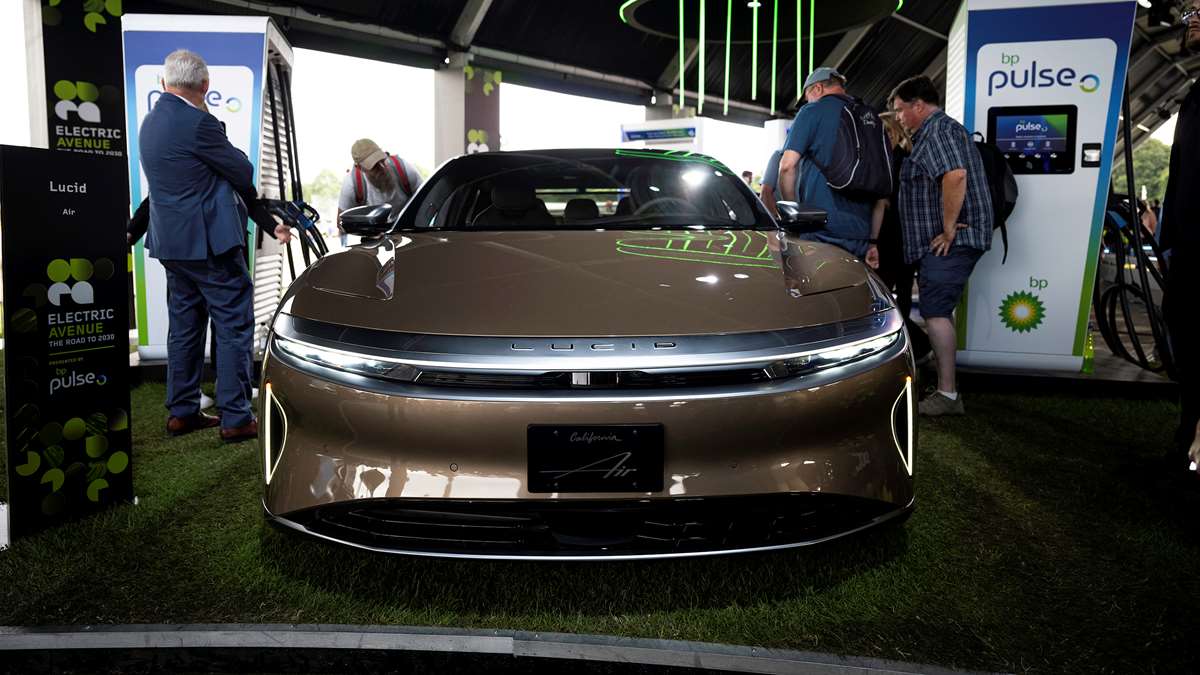 The UK’s first sight of the Lucid Air (Credit:Goodwood)

Sunday was the conclusion of this year’s Goodwood Festival of Speed and looking at the results of recorded times, this was the year EVs showed themselves to be the faster performance vehicles. Not only did a stock Lucid Air Dream Edition win the production car distinction and even placed 12th overall, but half of the top times at the Hill Climb were also electric vehicles.

The Lucid Air offers drivers performance that competes with purpose-built racecars. The vehicle driven at the hill climb was the top-of-the-line Dream Edition performance model with 1,111 horsepower delivered from a dual-motor all-wheel-drive system, a range of 471 miles according to the EPA, and will go from 0-60 in roughly 2.5 seconds, all while weighing a staggering 5,200 pounds. Nonetheless, the luxury sedan was only 1.83 seconds off of the 10th place Dodge Viper GTS-R racecar.

Looking at the other top 10 finishers, 5 of which are electric vehicles; the First Corner FC1X EV, H24 Green GT (hydrogen-electric hybrid), Ford Pro Electric SuperVan, the Porsche 718 GT4 ePerformance, and the McMurtry Speirling EV (setting an all-time hill climb record at the event with a 39.08-second run). Notably, the Porsche 718 beat its 911 GT3 combustion cousin by 5 places by coming in second and beating purpose-built racecars like the Jaguar XJR-12D prototype car, the Hoonigan Subaru GL “Family Huckster” custom super-wagon, and even the March 728 open-wheel racecar.

The Hill Climb and Electric Avenue events combined to show that, not only are EVs here to stay, but they can compete and win at the world’s most competitive events. Many manufacturers signaled agreement as they released new EVs that will be making their way to the market in the coming years or even months. The question is no longer when will EVs be ready, but why should combustion continue.