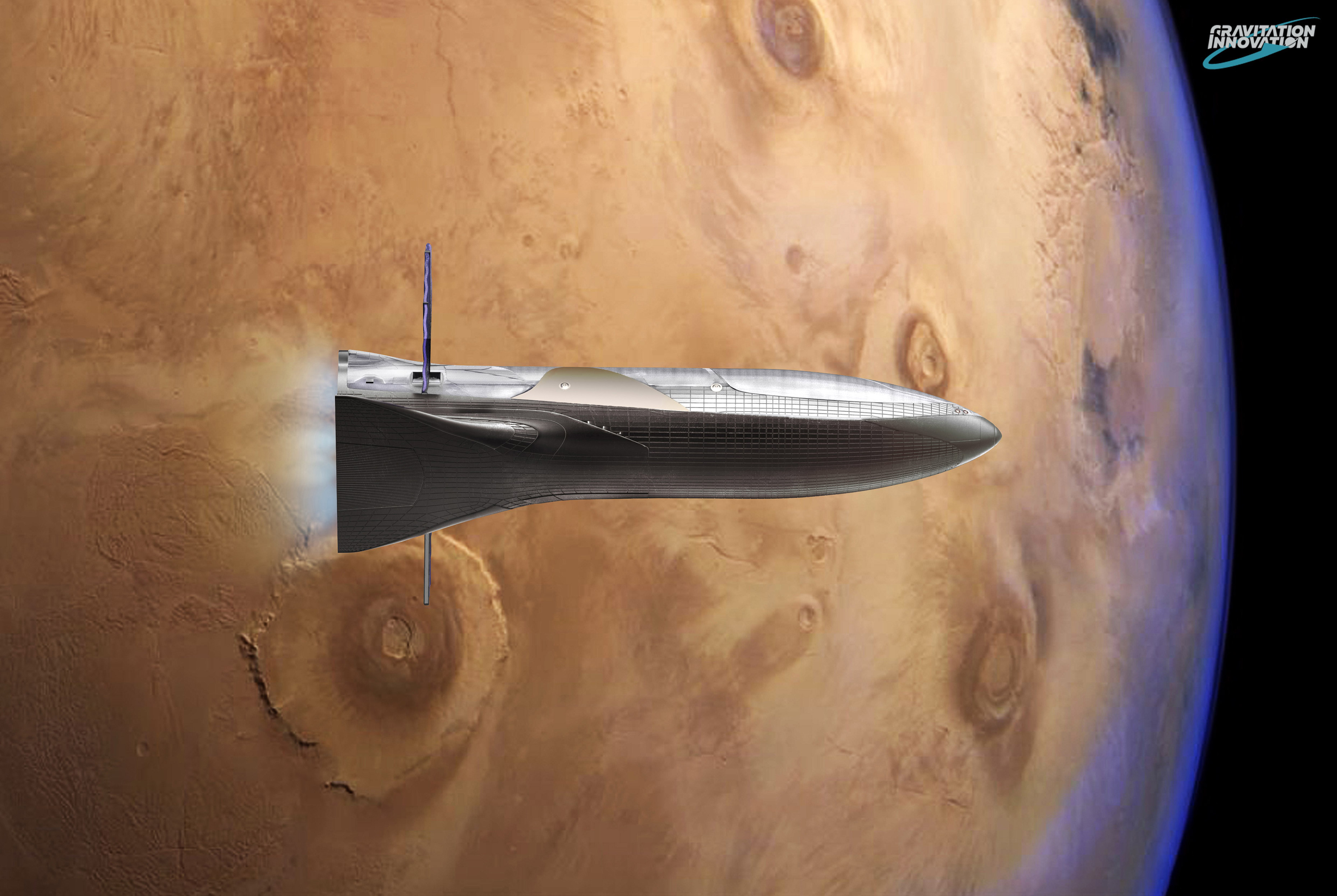 Part of a newly-formed group known as Gravitation Innovation, artist and spaceflight fan David Romax published an extraordinary series of concept artwork focused solely on SpaceX’s massive next-generation Mars rocket, known as the Big F—— Rocket (BFR). Generously published with the intent of providing SpaceX fans with a number of digital wallpapers, Romax’s work acts as an amazing companion to SpaceX’s own small collection of BFR renderings, perhaps even surpassing the company’s concept art in some cases.

David was inspired to create a series of BFR-themed wallpapers by a friend who had urged him to put his skills as a 3D modeler and artist to work for SpaceX (or at least the large community of fans built around the rocket company) by producing unofficial renders of its rockets – produce he most certainly did, and the results of his efforts are easily some of the best examples of unofficial artwork ever created by SpaceX enthusiasts.

Due to an understandable lack of technical detail available in the concept imagery SpaceX has thus far published for BFR and the earlier Interplanetary Transport System (ITS), Romax had to rely on aesthetic and technical intuition almost constantly over the process of producing his own artist impressions of BFR. In a number of cases, a matte painting style was used to ensure extraordinary realism by integrating real aspects of SpaceX’s current launch facilities and signatures of its active Falcon 9 and Falcon Heavy launch vehicles and its Crew and Cargo Dragon spacecraft, reaching a level of believable detail that effortlessly surpasses similar media created by SpaceX.

David Romax’s artwork has blown away a number of SpaceX (and general spaceflight) fans since he shared them earlier this week. (David Romax/Gravitation Innovation)

Of course, a comparative lack of extreme detail is really not any fault of SpaceX: given the preliminary nature of the designs of both BFR and ITS at the time they were publicly revealed (September 2016 and 2017), adding details that extended beyond the actual scope of current design work (thus treading into the realm of speculation) would be fundamentally counterproductive for a company more recently keen on showing off results over parading what can be described as ‘paper rockets’. In both the ITS and BFR reveals, CEO Elon Musk’s presentations were repeatedly (and pointedly) punctuated with truly surprising reveals of real, physical progress with mature rocket R&D programs and extensive prototype testing.

Regardless, the level of detail Romax so elegantly and seamlessly integrated into SpaceX’s preliminary Mars rocket booster and crew and cargo spaceship designs is shockingly convincing and adds a level of depth and drama that is unique in fan renderings of SpaceX’s vehicles. It certainly helps that today, nearly a year after BFR was first unveiled, SpaceX’s hardware development for BFR is far more mature. Currently, those tangible efforts range from thousands of seconds of hot-fire testing of the rocket’s Raptor propulsion system to tangible work beginning on the flight version of that advanced engine, as well as a huge temporary tent housing preliminary BFR production tooling while construction is just beginning at a different Port of Los Angeles-located plot of land intended to support the first dedicated BFR factory within 12-18 months. One step further, SpaceX’s highly reusable upgrade to Falcon 9 and Heavy, known as Block 5, has already debuted and will soon put SpaceX’s experience with rocket reuse to the test. 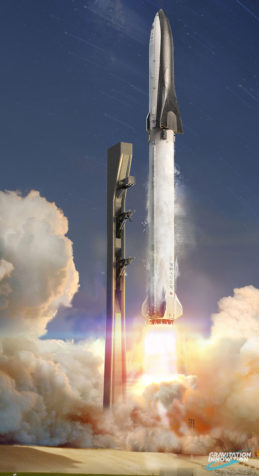 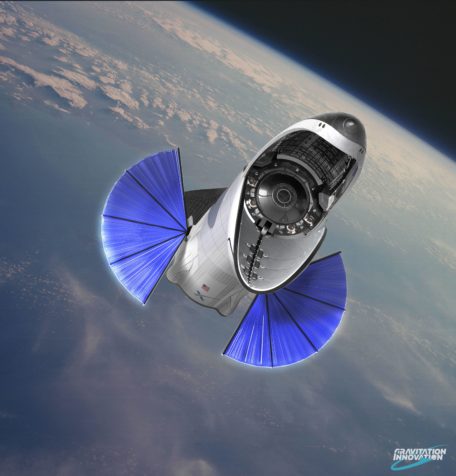 The cargo version of the BFS (Big F- Spaceship) rendered by David Romax, including a number of educated guesses at what it might look like and how it might function. At the request of a friend, artist David Romax put together a truly jaw-dropping collection of concept art featuring SpaceX’s BFR rocket and its Cargo and Crew spaceships. (Gravitation Innovation/David Romax) 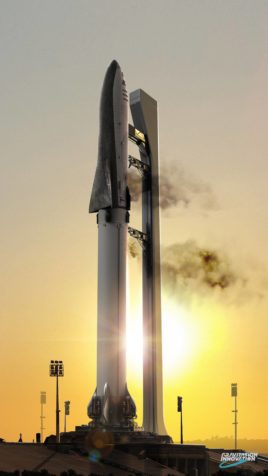 All thanks to David Romax and Gravitation Innovation for the amazing artwork and the unflinching dedication to the future of spaceflight. Download the wallpapers in full-resolution here.