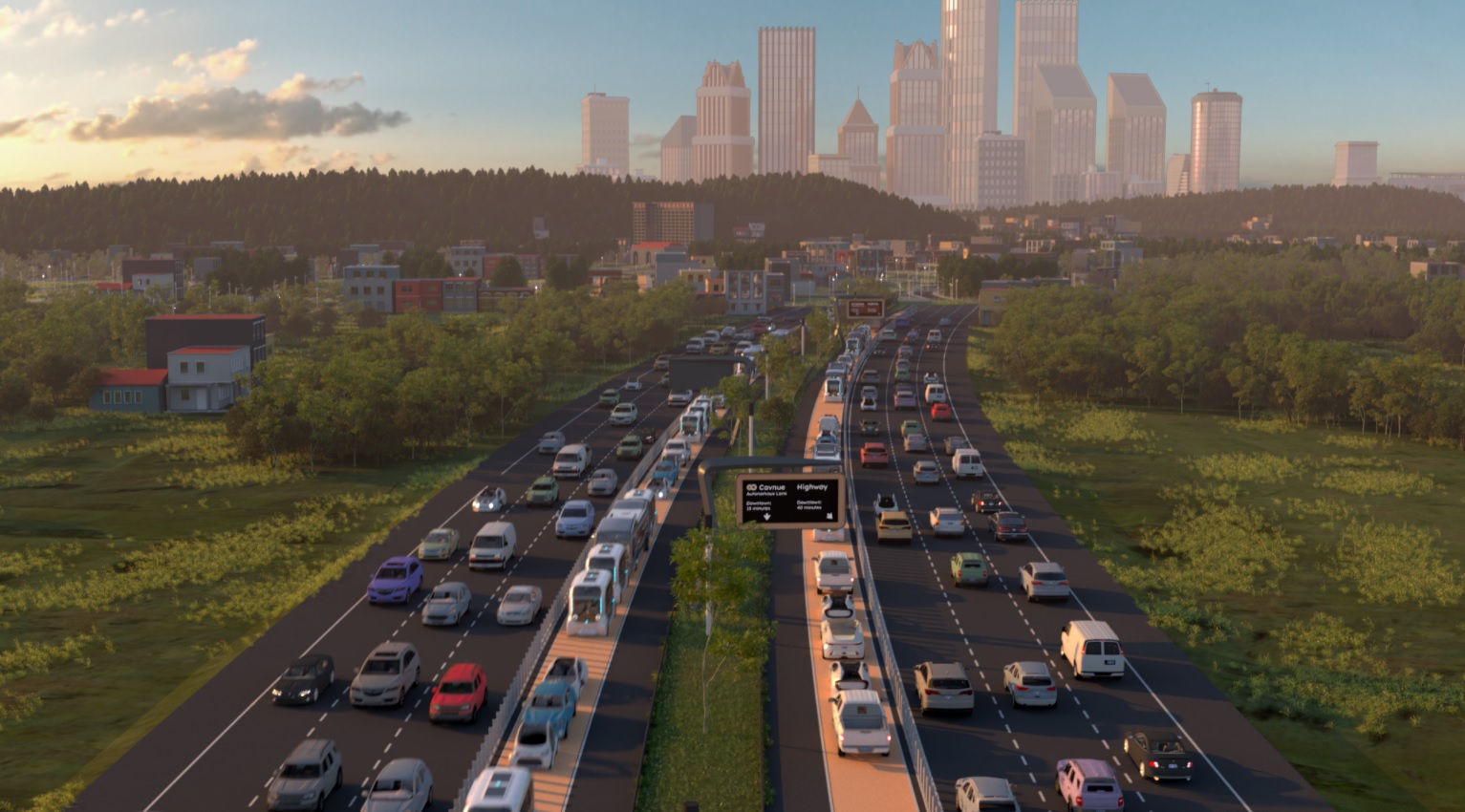 Self-driving car lanes are coming: Will they help or hinder Level 5 autonomy progress?

Tesla’s long-term Robotaxi plans require Level 5 autonomous driving, i.e., no humans involved, and it certainly sounds like things are moving along quite well. CEO Elon Musk has been chatting about the Full Self-Driving progress on Twitter lately, and some recently published patent applications by the all-electric carmaker have revealed even more details about the machine learning going into an Autopilot overhaul. However, Tesla’s self-driving competitors have another approach to autonomy in mind, and it involves infrastructure restructuring in a major way.

The State of Michigan recently announced plans to create transport lanes dedicated to self-driving vehicles via a public-private partnership project. Over the next 24 months, a study will be conducted to explore the opportunity and viability of building a 40-mile corridor of this type between Downtown Detroit and Ann Arbor. The company chosen to lead the effort is Cavnue, a subsidiary of Sidewalk Infrastructure Partners which is owned by Google’s parent company, Alphabet.

Cavnue’s plans involve a digital model of a roadway that analyzes road conditions in real-time, shares information, and provides proactive guidance to autonomous vehicles and their (optional) drivers. Based on their published promo materials, this is achieved using layers of technologies like sensors, specialized road markings and signage, and signal hubs for transmitting information to vehicles. Essentially, rather than rely on a vehicle’s onboard self-driving software to analyze, predict, and respond to its environment, this connected infrastructure is supposed to provide that data instead – or supplement it heavily anyhow. It’s also supposed to enable the connected cars to talk to one another so coordinated responses like simultaneous braking, slowing, etc. are possible based on environmental factors from the larger infrastructure system. 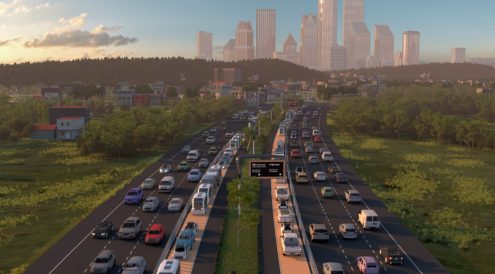 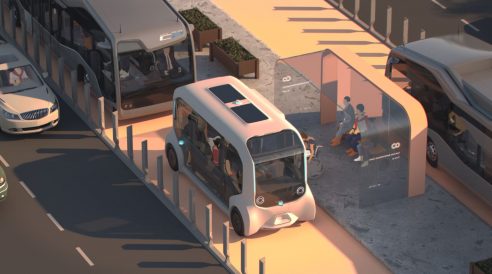 As part of their role in Michigan, Cavnue will be drawing on an advisory committee with representatives from Ford, GM, Argo AI, Arrival, BMW, Honda, Toyota, TuSimple, and Waymo (also a subsidiary of Alphabet).

Both Tesla and Rivian are notably absent from the project’s advisory mentions, which isn’t surprising considering their competitor status through the Alphabet-Waymo connection. But if the lanes are going to involve both long hauler transportation and consumer vehicles, i.e., the Tesla Semi and Models S, 3, X, Y, etc., it must be assumed that the missing companies will eventually get on board with the overall connectivity imagined.

Could efforts like this affect the future of Level 5 autonomy in a negative way? Does it force companies like Tesla and Rivian into a self-driving standard dictated by, say, Waymo? Cavnue’s proposal says its standards will be “open” and “OEM-neutral” if implemented, so it could be a matter of a software install option for owners living in areas with these dedicated lanes. The ability for a competitor’s software to control their vehicles, though, might be a little too big an ask. Or would it?

Tesla is already under an atomic microscope anytime something goes wrong and Autopilot is (or isn’t) involved. What happens when Autopilot is taking a back seat to another OEM’s self-driving software that’s been adopted by a local government? Will that create a code mess to sort through for investigators? How would liability be handled? What if two updates didn’t play well together – something really common in phone and computer apps after OS updates?

“The vision for the corridor is intended to create lanes that are purpose built to accelerate and enhance the full potential of CAVs [connected autonomous vehicles] and move people,” Michigan’s official announcement stated. Getting governments even more involved in the self-driving push is inevitable and already presents one of the biggest obstacles to its adoption. It’s clear from the Great Lakes State’s initiative that this involvement is also intended to be helpful – first by isolating the autonomous cars, then by supplementing their capabilities, and finally by controlling their movements for safety’s sake.

Of course, cars talking to one another isn’t a new or unexpected idea. Even centralizing the information that’s being shared, as proposed in Cavnue’s system, doesn’t seem to impose or hinder anything generally. A legal authority adopting a self-driving standard, though, is another matter. This concern assumes that the authority in question makes it a mandatory standard since millions, perhaps billions, would be invested into these dedicated roadways. What good would they be if the majority of autonomous vehicles that used them were, say, Teslas that don’t bother with the Waymo-developed system?

Then there’s the question of handicap. Once a system is in place to centralize all the environment information self-driving vehicles are supposed to respond to, will it make it more difficult for companies like Tesla to gain local regulatory approval to use their software? Will it disincentivize other companies from improving their software since there’s a centralized program available (or mandatory)? Level 5 autonomy is no easy feat, nor is it cheap to develop. Car maker’s invest in it expecting a return – like in the case of Tesla’s Robotaxi plan.

Cavnue paints a really safe and pretty picture for the future of self-driving vehicles: Less congestion, faster movement at closer distances, more capacity in the same space, reducing or eliminating choke points, etc. But it also seems to require a lot of cooperation from those who don’t necessarily stand to gain from that cooperation.

Whatever the answers, hopefully none will put much damper on current progress towards Level 5 autonomous driving. And if they do, perhaps The Boring Company will have a few big projects under its belt and ready to provide better answers.

Self-driving car lanes are coming: Will they help or hinder Level 5 autonomy progress?