Every year, aftermarket manufacturers, OEMs, restoration specialists, and other auto dealers come together in Las Vegas, NV for the SEMA Show. Conducted every first week of November, the SEMA Show is a venue where the best of the auto industry are given a platform to showcase their work. For Tesla aftermarket company Unplugged Performance, this corresponds to its most notable creation yet — the Model S-APEX P100D widebody.

The Model X P100D is Tesla’s quickest vehicle. With a 0-60 mph time that broke MotorTrend‘s 2.3-second mark, the Model S P100D is a vehicle that has developed a reputation for being downright frightening in straight-line acceleration. The Model S-APEX P100D from Unplugged Performance, with its widebody kit and aggressive aeros, is pretty much a regular P100D turned up to 11.

The Tesla aftermarket company began working on the S-APEX more than two years ago. The product of thousands of hours worth of planning, designing, fitting, and remanufacturing, the first Tesla Model S-APEX P100D widebody was purchased by Los Angeles-based car collector and entrepreneur Derek Collison. The car collector has a soft spot for Tesla’s high-performance electric cars, but he wanted something more compelling than a standard P100D — thus, the S-APEX widebody. 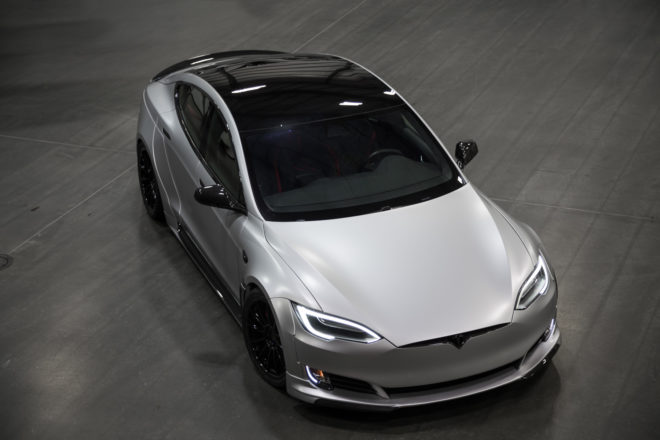 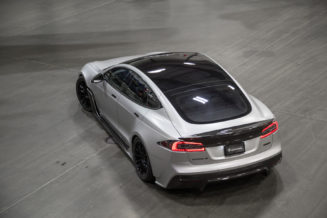 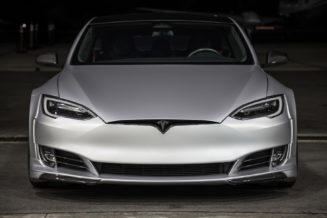 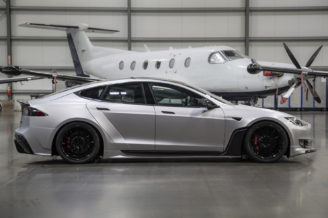 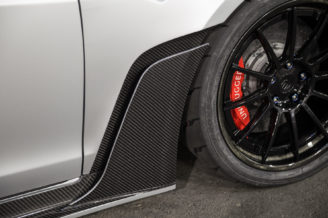 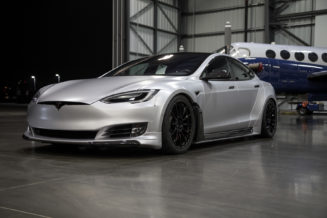 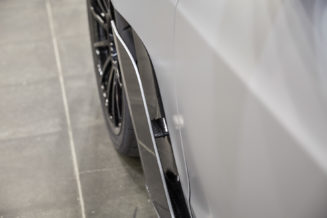 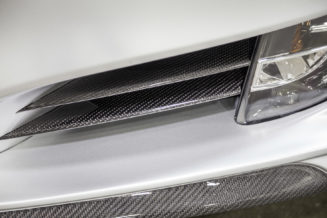 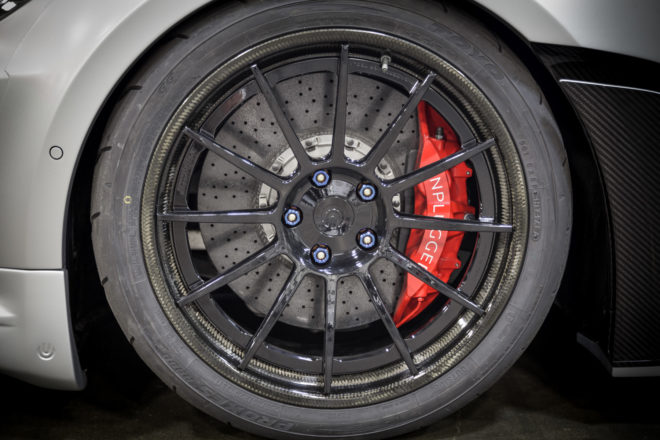 Unplugged Performance notes that the inspiration for the design elements of the Model S-APEX P100D came from the AMG Black Series, a stunning car in its own right. For the exterior, the aftermarket specialist opted to use prepreg dry carbon, which is lightweight and durable. This is achieved by impregnating (hence pre-impregnated) the carbon material with resin (hardening agent) and using heat to activate the material, which is also used by exclusive supercar makers such as Pagani, Bugatti, and Ferrari. Urethane for the front lip was also used to keep the car easy to use and resilient enough for day-to-day use.

The result of the modification S-APEX widebody modification is visually stunning. With the widebody kit, wheels and tires with a larger track could be installed on the vehicle, which is expected to result in better handling, lateral g-forces, acceleration, and deceleration. Coupled with super lightweight brakes and wheels, the Model S-APEX is expected to showcase an even more extreme 0-60 mph time than Telsa’s own 2.3 seconds. A quarter-mile time in the 10s is also expected for the vehicle.

Tesla owners who wish to acquire a Model S-APEX of their own would need to invest $30,000 for the widebody kit itself. Unplugged Performance notes that a minimum spec — featuring the widebody kit, wheels, and installation — would run around $50,000 or so. Customers who choose to modify the car’s interior, brakes, suspension, and other parts should expect to add roughly $50,000 more. 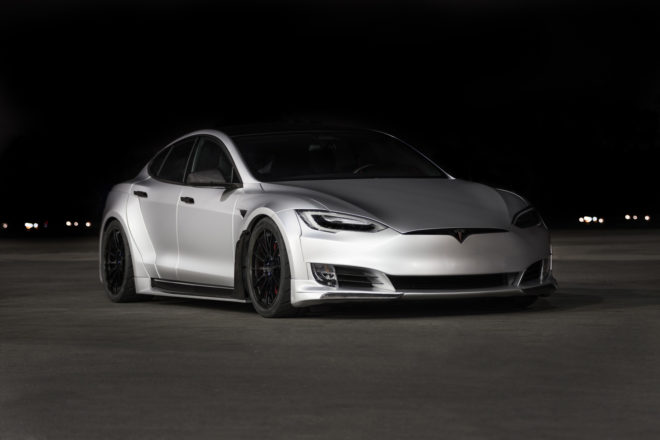 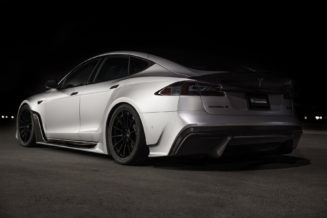 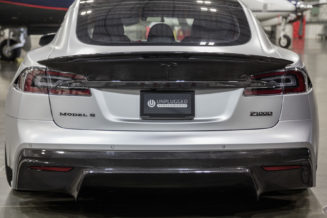 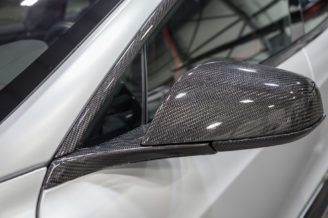 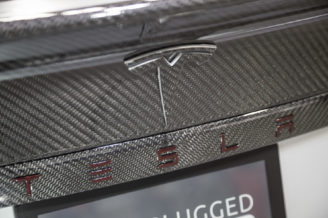 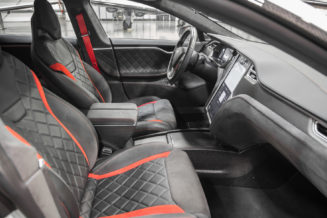 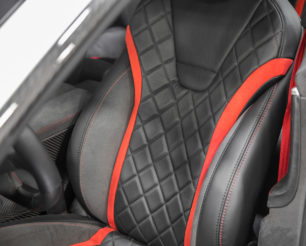 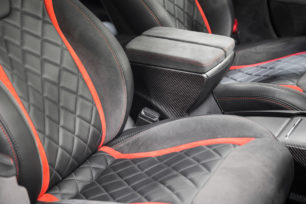 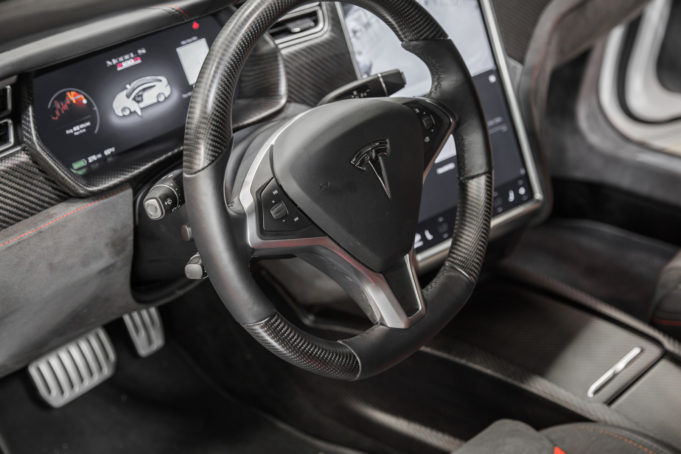 In a statement to Teslarati, Unplugged Performance notes that the S-APEX is designed to be the ultimate form of customization for the Silicon Valley-based company’s premium electric cars. That said, such a vehicle is admittedly not for everyone as well.

“The S-APEX is meant to represent the absolute peak of Tesla Model S customization which brings the bespoke car-building options to Tesla owners. The aero parts on this car were designed digitally in concert with world-class modelers and optimized for daily usability, handling, range, and visual impact. The final result is a Model S where the sporting soul is unleashed.

“Is this the Tesla Model S for everyone? Absolutely not; and that’s the point.”

The Tesla Model S-APEX P100D would be showcased in Unplugged Performance’s booth at the SEMA Show 2018, which is set to run from October 30 to November 2, 2018.