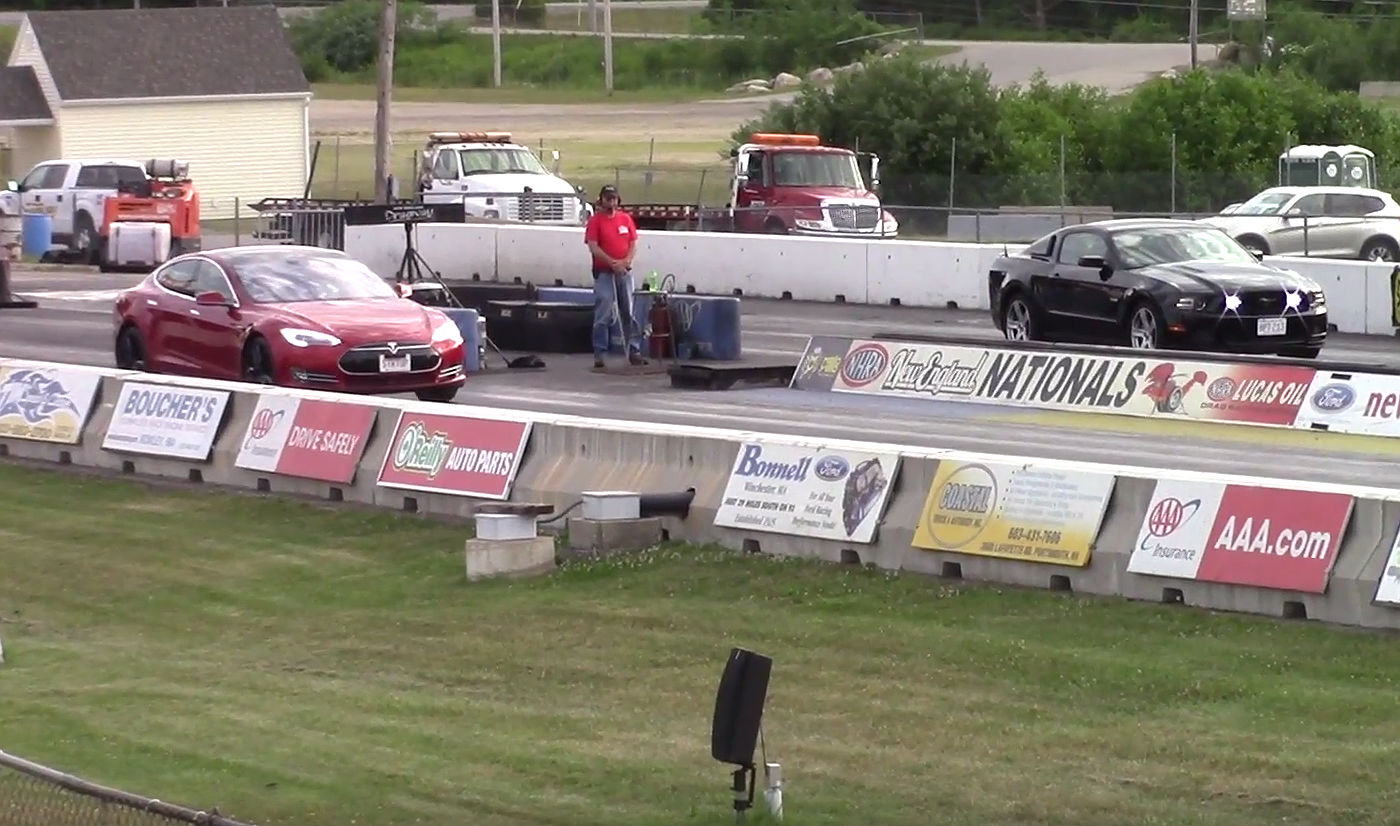 The Model S has been Tesla’s flagship sedan for years now, and through its numerous iterations, it has become synonymous with power and quickness, particularly in straight-line races. This became even more evident when Tesla started releasing its P-branded vehicles, which are equipped with dual motors that give the electric cars an added boost in performance. Eventually, Tesla also introduced software enhancements to its P-series cars, making them even faster.

Before the arrival of the fearsome Tesla Model S P100D, the electric car that struck fear into drivers of high-performance gas-powered vehicles was the Model S P90D, a sedan equipped with a 90 kWh battery pack. Without Tesla’s Ludicrous upgrade, the Model S P90D was already capable of sprinting from 0-60 mph in just 2.8 seconds. With the addition of Ludicrous Mode through a software update, the Model S P90 became the first Tesla to hit 60 mph in 2.6 seconds. So daunting was the Model S P90D’s ferocity in the quarter-mile that it eventually became known as a “Ferrari Killer,” on account of the number of supercars it managed to beat in straight-line races.

Tesla no longer makes the Model S P90D, as the company’s flagship sedan is now the Model S P100D, which is equipped with an even bigger battery pack and even more insane acceleration. That being said, there are still a lot of Model S P90D driving around in America’s roads. One of these is a crimson, pre-facelift P90D that frequents the New England Dragway in Epping, New Hampshire. Just as it was during the pre-P100D days, the Model S P90D could be seen battling against some gasoline-powered high-performance cars on the drag strip.

One of these recent bouts was uploaded by YouTube’s Drag Racing and Car Stuff channel, which shares videos of races the that are held at the track. In one such run, the pre-facelift Model S P90D could be seen battling an S197 Ford Mustang GT that is modified to pass the quarter-mile-mark in 12 seconds. In a way, the battle between the two vehicles seemed to be a match between two American muscle cars — one gasoline-powered, one all-electric — both designed and developed in the United States.

The S197 Ford Mustang GT is the 5th generation of the iconic muscle car. Design to pay homage to the design and theme of the Mustangs of old, the S197 pretty much became the vehicle that resurrected the beloved pony car. Under the hood, the S197 Ford Mustang GT was equipped with an all-aluminum 4.6 L 3-valve SOHC Modular V8 engine with variable camshaft timing and a rugged Tremec TR-3650 transmission system. The Mustang GT’s engine produces 300 hp (224 kW) at 5750 rpm and 320 lb·ft (433 N·m) of at 4500 rpm, allowing the vehicle to roar from 0-60 mph in 5.6 seconds and boast a quarter-mile time of 13.8 seconds.

Just like the Mustangs of old, knowledgeable mechanics could easily improve the performance of the pony car, making it even faster. The S197 Ford Mustang GT that went against the Model S P90D at the New England Dragway was one of these, as the muscle car was tuned to hit the quarter-mile in just ~12 seconds.

That being said, when faced with the raw power and insane acceleration of a Tesla Model S P90D, the S197 Ford Mustang GT was ultimately forced to bow to the all-American, electric-powered “muscle car.” The Model S P90D’s instant torque immediately made a difference, allowing it to establish an early lead against the S197 GT, and it just continued pulling from there. The Mustang GT pulled a valiant effort, finishing the quarter-mile run in 12.96 seconds at 111.17 mph. Unfortunately, it was still outclassed by the Model S P90D, which ran the quarter mile in 11.29 seconds at 117.37 mph.

Tesla’s newest Performance-branded vehicle, the Model 3 Performance, is also starting to develop a reputation on the drag strip. Over the past weeks, the electric sedan has already competed against several vehicles, including a McLaren 570S, a Dodge Challenger R/T, an Infiniti G35 coupe, and even a Chevrolet Corvette C7 in the quarter-mile. Just like its larger siblings, the Model 3 Performance is proving to be quite a competitor in straight line races.

Watch the Model S P90D flex its muscles in a drag race against the S197 Ford Mustang GT in the video below.