Tesla has registered 6,160 new Model 3 VINs, amid the company’s continued production ramp for the compact electric car. With the latest batch of new vehicle identification numbers, Tesla has filed a total of 62,557 Model 3 to date.

The recent registrations were shared on Twitter by @Model3VINs, a group that tracks Tesla’s filings for the vehicle. According to the group, the latest batch of Model 3 VINs comprised of Long Range RWD cars — a stark contrast to the 2,237 vehicle identification numbers registered by the company last week, which were largely dual motor AWD.

Tesla’s VIN registrations for the Model 3 had seen a meteoric rise since May, when the electric car and energy company started filing large batches of the vehicle identification numbers. In May, for example, Tesla registered more than 17,900 new Model 3 VINs — a figure that took the company until March 23 to accomplish since starting the car’s production last July 2017.

Particularly impressive this past June, however, were VIN batches that corresponded to filings for the dual motor AWD variant of the compact electric car. Earlier this year, Elon Musk announced on Twitter that Tesla would probably start production of the dual motor AWD and Performance Model 3 sometime in July, when the company has attained a steady production rate of 5,000 Model 3 per week. Midway through last month, however, Musk revealed on Twitter that the first Model 3 Performance has rolled off from a newly-built assembly line, which was set up in a sprung structure on the grounds of the Fremont factory.

The latest Model 3 VIN registrations come amid Tesla’s announcement that it has effectively hit a production rate of 5,000 Model 3 per week. The milestone, which has eluded Tesla since the vehicle started production last year, was teased over the last few weeks of June. In the weeks leading up to the end of Q2 2018, for one, sightings of overflow lots filled with Model 3 were shared by Tesla enthusiasts online. Tweets from workers at Fremont and Gigafactory 1 also teased that the company would hit its target by the end of the quarter. 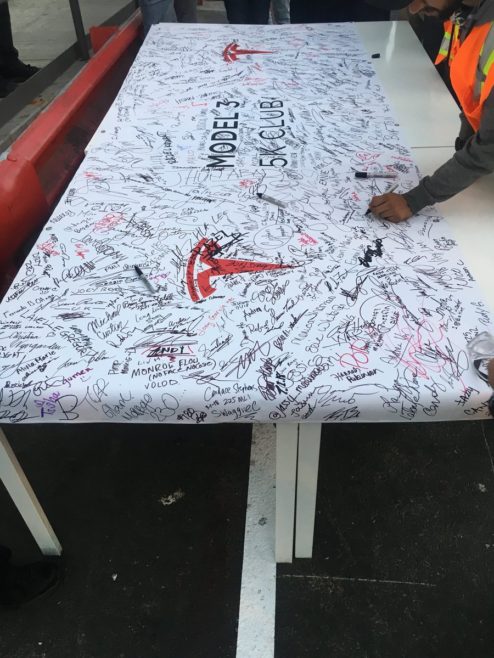 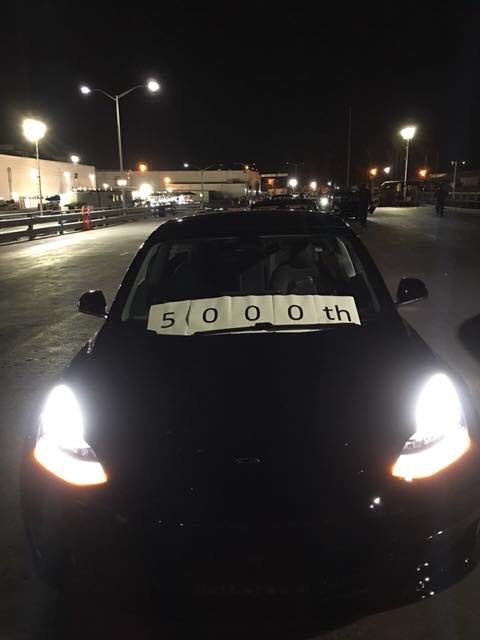 Even before Elon Musk confirmed the news on Twitter, social media posts from the company’s workers in Fremont teased that the 5,000-a-week Model 3 target had been achieved. Among these was a photograph of a banner being signed by workers at the Fremont factory with the words “Model 3 5K Club” on it. Pictures of workers celebrating at the factory grounds and a Model 3 labeled as “5000th” also made the rounds in social media. Not long after this, Elon Musk himself congratulated the Tesla team on Twitter for producing 7,000 vehicles in one week. A leaked email from Musk later specified that the 7,000-vehicle output was comprised of 5,000 Model 3 and 2,000 Model S and Model X.

The announcement of Tesla’s production milestone for the Model 3 appears to have provided a boost to investors’ sentiments. As of writing, Tesla shares (NASDAQ:TSLA) are trading up 6.28% during pre-market, at $365.44 per share.