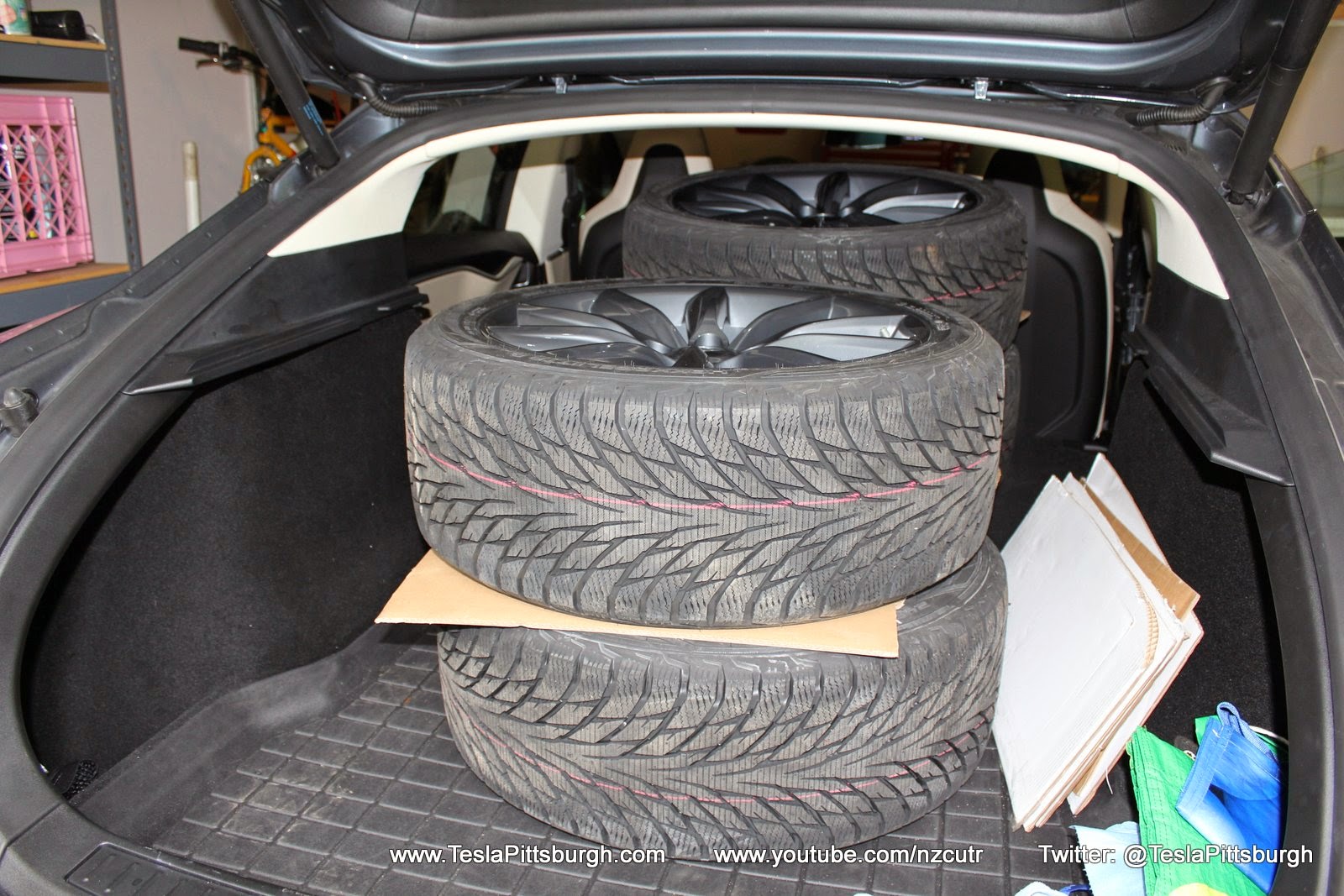 As a midnight road warrior for years now, thanks to my “day job” in TV news, I’m constantly battling home on the lonely, dark, unplowed streets and highways of Pittsburgh in my trusty Subarus. Arriving home safely, with many an appreciative grin at my faithful AWD vehicle du jour, I’d convinced myself that I’d never buy a car without AWD.

When I was in high school in Stuttgart, Germany, I was a very active skier. Being out in the snow was a natural place and I spent many hours on ski slopes and traversing countries to get to/from ski slopes. More often than not I was on a bus (definitely the way to travel when exhausted from a week of skiing) but sometimes not. As every skier knows, packing for a trip is more than just shoving extra turtlenecks and socks into a bag, it’s about preparing your equipment and getting repairs done before discovering at the top of the ski lift that your binding won’t catch.

Back in those days I often found myself behind a ’70s era BMW 7-series, a car so malevolent in snow that its attempts at homicide were only tempered by the application of snow tires. The steering wheel was a completely optional accessory in Winter driving as most directional changes could be made with the gas pedal alone. Little did I know it, but a lesson was learned, combining those two activities… and here we are.

Actually, the last time I drove a rear wheel drive car in the snow was returning to upstate NY from Pittsburgh in the Blizzard of ’93. I’ll be the first to admit that making a long car trip in the midst of the “Storm of the Century” wasn’t a brilliant move– but in our defense, we didn’t realize it was so massive at the time. Our chosen snow steed was a huge Mercury Grand Marquis with “reasonable” tires that had to be flogged to attain highway speeds in the best of conditions. In a blinding snowstorm cresting the mountains on I-80 it became so encrusted with snow on it’s blunt nose that it bobbed under the weight and the headlights vanished. Getting out to clear the lights in the midst of a “thundersnow storm” was not a high point of our trip. We made it all 300+ miles without incident… until doing an elegant 540 degree spin while making our last turn. I say “elegant” because it was a slow motion affair in deep snow that took us past the turn before then pointing us back at it. Unfortunately, my girlfriend (now wife) could already see through me and knew it wasn’t a planned maneuver. She remains hard to impress, even to this day. With the Tesla there was never any question about whether or not we would get snow tires, and in my earlier blog post, I inventoried the assembled gear (with help from Rob M.).  While the Tesla might be as strong as a tank: could it be a snow tank? I’d made all the proper purchases. I had all the equipment. Now it was time to test it before the snow flew. The perfect opportunity presented itself when Serena rolled into her first tire rotation window. Why not, while rotating tires anyway, shuffle on the Winter set for a trial run and TPMS check? Plus… admittedly… I was VERY curious what the TST wheels would look like and Tesla’s rotation interval provided me with a reasonable excuse! Loading up the freshly mounted tires for the trip to my friend Jake’s house (owner of the OUTAGAS Tesla), I paused to take a few pictures so you can see how easily a full set of mounted tires will fit in the cargo space of the Model S. It really is a very utilitarian car– they’re not even crowded in there!

The jack we used to raise our Tesla Model S is rated for more than than the total weight of the car. Remember, unlike gas cars, the Tesla weighs the same all the time. So you can use the excuse of driving it around to lighten the load if it keeps your significant other from getting jealous but– as a practical matter– the car weighs the same whether car is full or empty. Uh-hem. You didn’t hear that from me.

You’ll notice a hockey puck on the top of the jack. Unlike my vintage floor jack, the modern jacks have padded cups, but these cups only snag the edge of the Tesla’s jack point. If you try and center the cup on the jack point you’ll end up impinging on the battery pack, so the hockey puck allows you to center the cup without contacting the pack. Placed against the front jack point (you can see the rectangular outline of it on the sill), the hockey puck allows for the jack’s cup to center on it without touching the edge of the main pack. Once you have some positive pressure, loosen the lug nuts (if you haven’t already done so) before lifting the weight of the car fully onto the jack. Obviously, you’ll want to follow all the usual best/safe practices for removing and reattaching a wheel. If you’ve worked on a lot of cars you might be amused by this picture. I was pretty surprised how far BACK the front jack point is. On my Chrysler 300 (a similarly sized car) the front jack point is directly behind the front wheel because of the weight of the engine/transaxle. On the Model S, the nose is actually quite light but the battery pack is not… so the jack point is unusually far behind the front wheel. I once jacked up my old Plymouth Neon at a similar distance back (due to ground conditions) and the structure sagged enough under the engine weight that the front door wouldn’t close until I lowered the car. With the first wheel off, it was time to admire some of the Tesla’s engineering. Everything is pretty much made of cast or extruded aluminum and carefully shaped. Note the little flap on the leading edge of the wheel liner (right side of the picture) that helps deflect some of the turbulent air around the front edge of the tire.

After reading so many people comment on premature tire wear (mainly attributable to the air-suspension cars because of the camber change when lowered), I was really curious to get a good look at what had been going on under there. My car has the coil suspension but I’ve certainly enjoying the thrust of the Tesla since day one… so… drumroll…. Yep. Wear. Even, but definitely more wear on the rear tires. The rears were a good 3/32nd lighter in the tread department but– hey, that’s why we rotate them around, right?

That picture was a little confusing actually, so let’s swap those tires around and give you a closer look with the help of the gauge: We continued working our way around the car until Serena was wearing her matching shoes and ready for the big school dance. Watch the video– all you air vs coil junkies– to see the ride height difference between Serena and Tess with matching wheels in place.
One of the newly mounted Nokians was flat… so Jake got all blow-hardy. We filled it back up and marked it with tape and, sure enough, a week or so after these pictures were taken it was flat again. I returned it to the tire shop and it was determined to be a faulty rubber seal on the TPMS sensor from TireRack. TireRack is currently sending me a replacement sensor and hopefully that will fix the problem. As I pointed out at the beginning, this is why we check our equipment before we need it.

With the TST wheels and tires mounted, the change in personality is dramatic. The grey on grey definitely gives a bit of pop the to color and a “little something special” is added. I’m still undecided about covering the lug nuts. Tesla has dark covers that they use with their grey wheels but most of the time the lug nuts are just reflecting the wheel color and disappear anyway. They’re actually a lot less noticeable in person than they are in pictures.

The aggressive tread of the Nokians could be felt on our dry ride over for coffee. The tires are very grippy and definitely a little softer than the Michelins, but I didn’t notice a substantial change in road noise.

With a few parting, lingering looks at the new wheels, we started prepping to reverse the whole process and put Serena back to “factory specs”. One last look before loading the tires back into the car– look how BIG that space is! Never let anyone tell you that a Tesla can’t carry as much as an SUV. Without even counting the frunk, that is a huge cargo area. Suddenly I feel like building an amusement park or installing a suitcase carousel and volunteering to be baggage claim at the airport.

The video version of this post awaits your eager eyes. Don’t worry, I’m not as angry as I look in that clip frame:

I’ll detail some of the jacking procedures, show you the different in ride height from a coil suspension to an air suspension and wrap things up with a demonstration of the TPMS reset procedures. Enjoy!
Thanks for visiting us here!