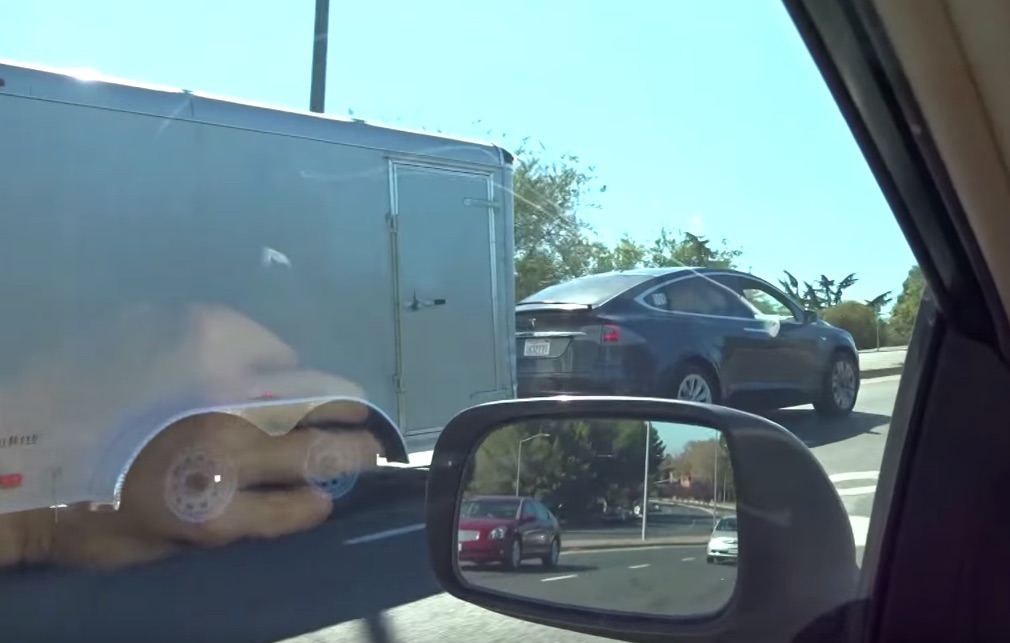 With first deliveries of the Model X just days away, the fervor over Tesla’s zero-emission SUV is growing exponentially. Tesla has been making a clear statement that their third production car will be more than just another sport utility vehicle. Capable of seating seven adult passengers with rear entry by way of its unique falcon wing doors, the electric crossover will also boast a 5,000 pound towing capacity.

Earlier this year we were first to report that the Model X was caught towing a cargo trailer on a California freeway, demonstrating to many that Tesla’s upcoming SUV could be a serious competitor to its gasoline-powered counterparts. Now two months later, the Model X has been spied towing out in public once again, but this time it’s caught on video, and we’re given a glimpse of just how powerful a battery electric SUV can be with cargo in tow.

The video is remarkable in the sense that it’s the first sighting of the Model X towing a tandem axle trailer while accelerating from a complete standstill. The battery electric SUV appears to be towing a 7×12′ cargo trailer – typically weighing in at 2,000 pounds – seemingly effortlessly while traveling uphill.

As impressive as this is, the major unknown is what type of impact towing will have on the EPA rated range of 257 miles.