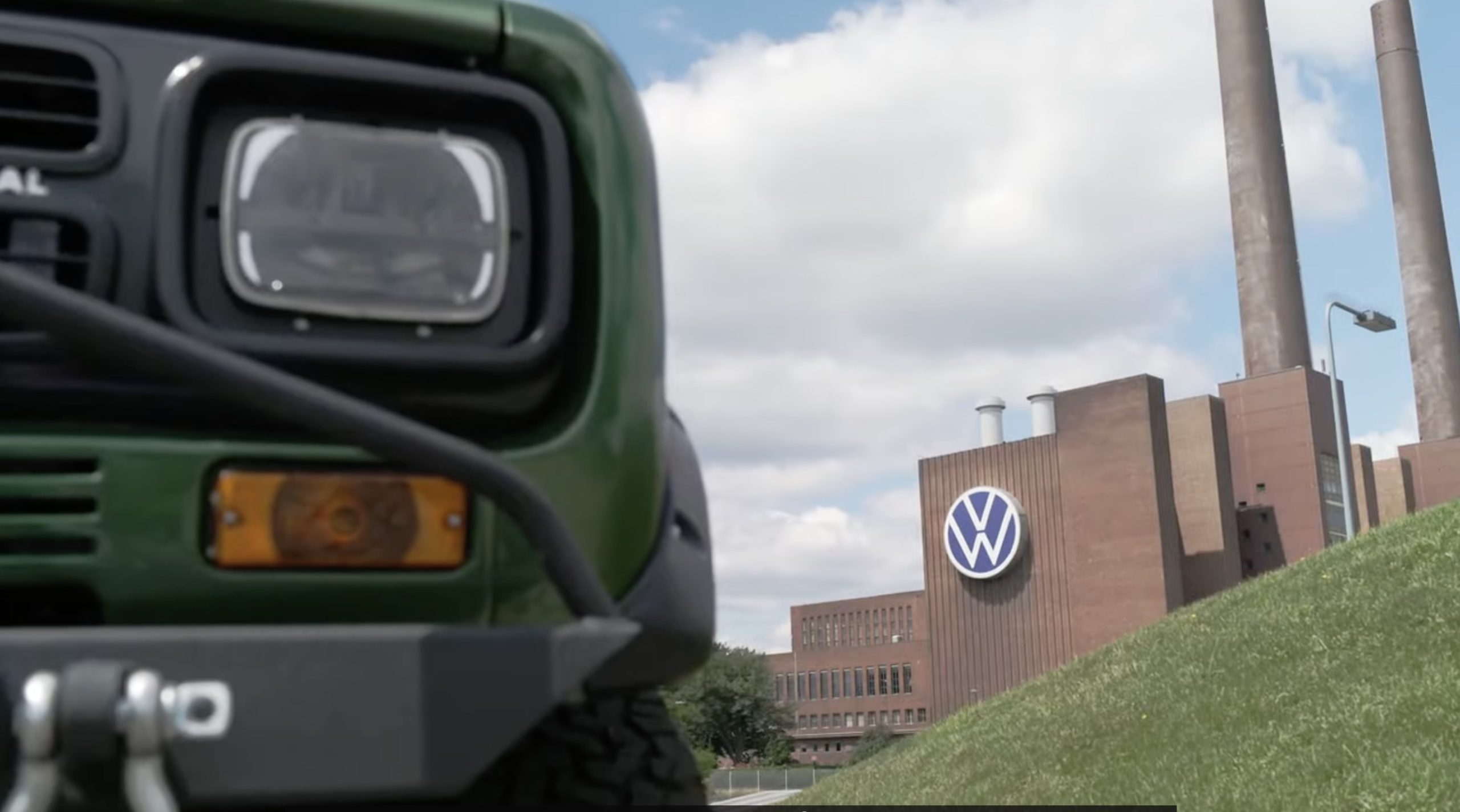 With its goal to gain 10% market share in the North American auto market, Volkswagen teased an electric Scout II pickup truck. The European automaker has been working closely with a team in the United States on a new Scout pickup truck concept and seems prepared to take the next step in development.

Volkswagen Group recently announced that Scout will launch a fully electric pickup truck for the US market by 2026. Along with the announcement, the Group included a video hinting that the new Scout EV might be based on the Scout II released in the 70s-80s.

“It is generally the case that Volkswagen AG in the USA and North America has very ambitious goals. We are aiming at 10% market share there, but we do not cover important segments of the market, and these are the segments like the pickup or the robust SUVs,” said Gong Lee, VW’s Head of Urban Solutions.

“As part of the Navistar acquisition, we also purchased the rights of the Scout brand. It’s a very American brand, and that was key for us,” added Lee.

The Scout II is the second-generation of the Scout two-door truck, assembled in Fort Wayne, Indiana, from April 1971 to 1980. Each new iteration of the Scout II is identifiable by the front grilles. For example, the one released between 1971 to 1972 featured a grille with three horizontal bars between the headlights, while the 1973 Scout II has fourteen vertical bars between the headlights, split in the middle.

In its video, Volkswagen Group seemed to feature a 1980 Scout II, marked by its split horizontal grille and square headlights. The Scout II released in 1980, also had an “International” name mark, similar to models released in 1973 and between 1977 to 1979. VW suggests that the Scout II might have inspired the new design of its all-electric EV pickup truck, similar to the way the 50’s minibus heavily influenced the VW ID.Buzz.

The 1970-1980 Scout II features some interesting designs and packages that might do well in the current EV market. For instance, Scout II came with different roofs like a Traveltop or a full metal top, the half-cab top called the Roadster, and a soft top. There was also a Super Scout II (SSII) variant, a stripped-down, off-road version of the vehicle designed to compete directly with the Jeep CJ.

Modern electric vehicles, like Tesla, Rivian, and IONIQ, are really stretching the boundaries of design and the utility of cars today. The Scout II seems like a good basis for Volkswagen to build on for a modern electric Scout pickup truck.