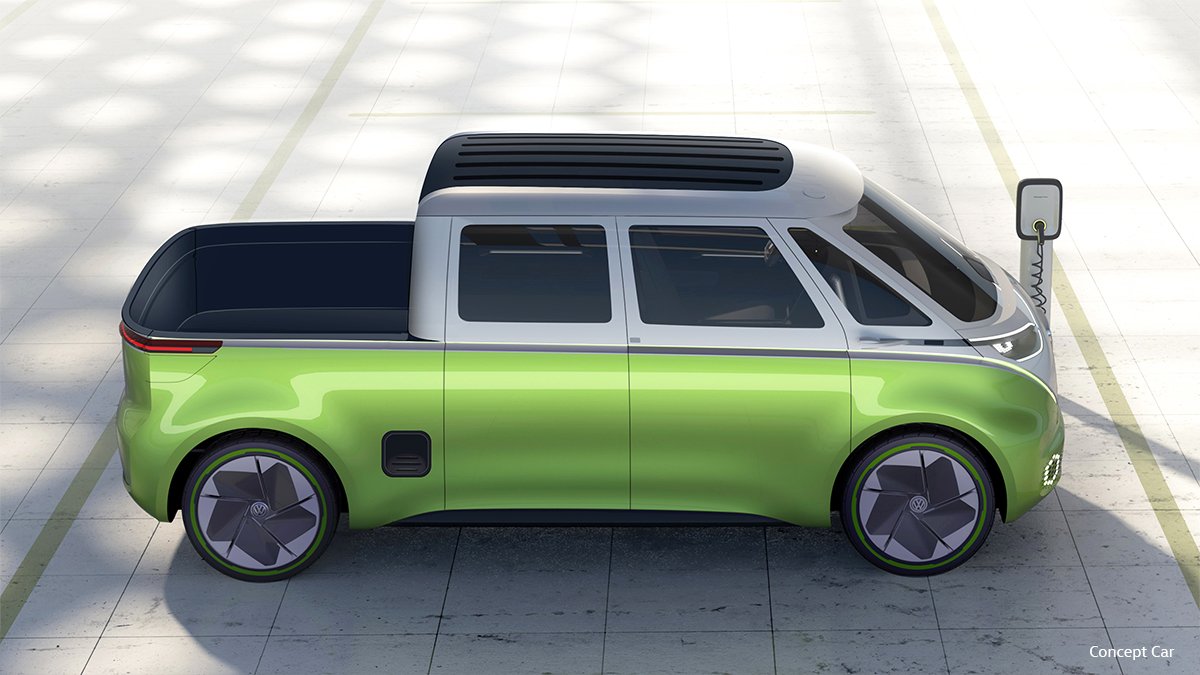 Volkswagen took to Twitter to ask the public about its early concept for an ID. Buzz electric pickup truck. The truck’s design appears to be inspired by the ID. Buzz minibus’ design and color schemes.

VW unveiled the ID.Buzz electric van last month. It received many positive reactions from the public, specifically for its inspired design. The legacy automaker’s minibus transporter, the Bulli, from the 1950s influenced the ID.Buzz van’s design.

A pickup truck variant of the ID.Buzz would likely prove popular. It wouldn’t be the first time that German automaker develops a pickup truck form an existing van, either, as the Volkswagen Type 2 pickup stands as one of the most loved cargo haulers in the past.

Earlier this month, VW Group of America CEO Scott Keogh stated that the legacy automaker was actively looking into the idea of developing an all-electric pickup truck.

“It’s something we’re actively looking at, but nothing to actually report now,” Keogh told Business Insider. “I think it’s the chance of a lifetime in this segment because electrification gives you a reset moment. It gives you a chance to bring some, let’s say alternatives and some new ideas into this great segment.”

Keogh’s words aligns with VW’s release of its first concept for an ID.Buzz electric pickup truck. After all, the ID.Buzz is inspired by the iconic Bulli. It revives some of the things people loved about the minibus in the 50s, and reinvents the vehicle for the modern world.

Volkswagen is also working with Ford Australia on an all-electric ute, called the Amarok.

“We’re looking at a pure electric version. It is still early, but it is something we are considering within the lifecycle,” said Lars Krause, Volkswagen Commercial Vehicle board member.