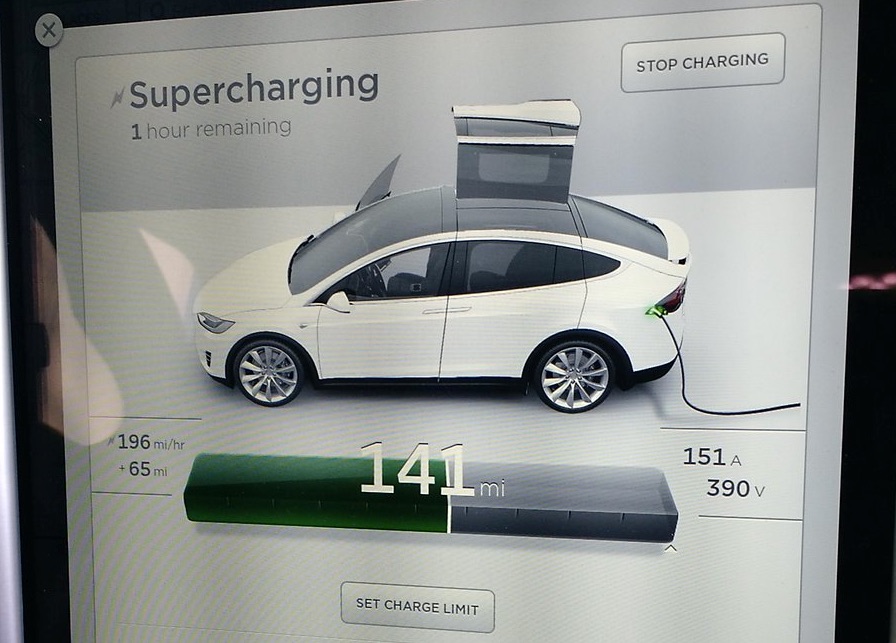 Rumors suggest the the Model X will be available with only a single 48 amp charger from the factory, which has upset some Model X reservation holders. Recent chatter across the Tesla forums has Model X reservations holders questioning whether the on-board charger on the electric crossover will be limited to 48 amps, despite confirmation that early Founder Series vehicles were outfitted with 72 amp chargers.

Tesla Motors Club (TMC) member FlasherZ writes, “I received word today (from what I consider a very reliable source) that the 72A charging capability we’ve heard of earlier in the process is not the case, and that Model X will ship with a single charger capable of charging only at 12 kW, or 48A single phase.” This rumor has caused quite a stir, with several reservations holders now questioning whether to proceed with plans to install a High Power Wall Charger (HPWC) for their Model X. Tesla’s HPWC is capable of charging at up to 80 amps, which makes it ideal for drivers who are charging away from home or live in areas where local utility rates drop during periods of low demand. Many high end restaurants, hotels, and B&B’s have installed HPWCs to attract a Tesla clientele. At 80 amps, people can plug in and get nearly 60 miles of range from an hour’s worth of charging. That’s the amount of time most people need to enjoy a meal or to refresh themselves after a day’s drive before going out on the town.

Like the Tesla Model S, the Model X is outfitted with an on-board charger that converts Alternating Current (AC), transferred through Tesla’s Universal Mobile Connector (UMC), to Direct Current (DC) before sending it to the battery. If the Model X ends up being limited to a single 48 amp on-board charger, it won’t be able to take advantage of the HPWC’s full potential and thus take almost twice as long to charge as existing Model S owners equipped with dual chargers. FlasherZ speculates on the reason for the Model X 48A charger. “I suspect it’s because very few people ordered dual chargers, they were complex and had service issues, and so they wanted to reduce complexity. I think…that they probably shot for a charging capability that was close to the dual charger Model S capability (hence 72A), but for whatever reason, it didn’t pan out and they went to a contingency.” He adds, “I’ll take my Model X now with 48A and the possibility of an upgrade later, versus another delay.”

Will Tesla offer a 72A charger retrofit at local service centers for the Model X? If so, how much will the retrofit cost?

Though we know Founder Series Model X were equipped with on-board 72A chargers, there has been no official announcement from Tesla on the final specifications for the Model X. Forum member thevangoghs gives insight on what might be in store for the Model X through an email exchange with Tesla’s Charging Installation Program Manager.