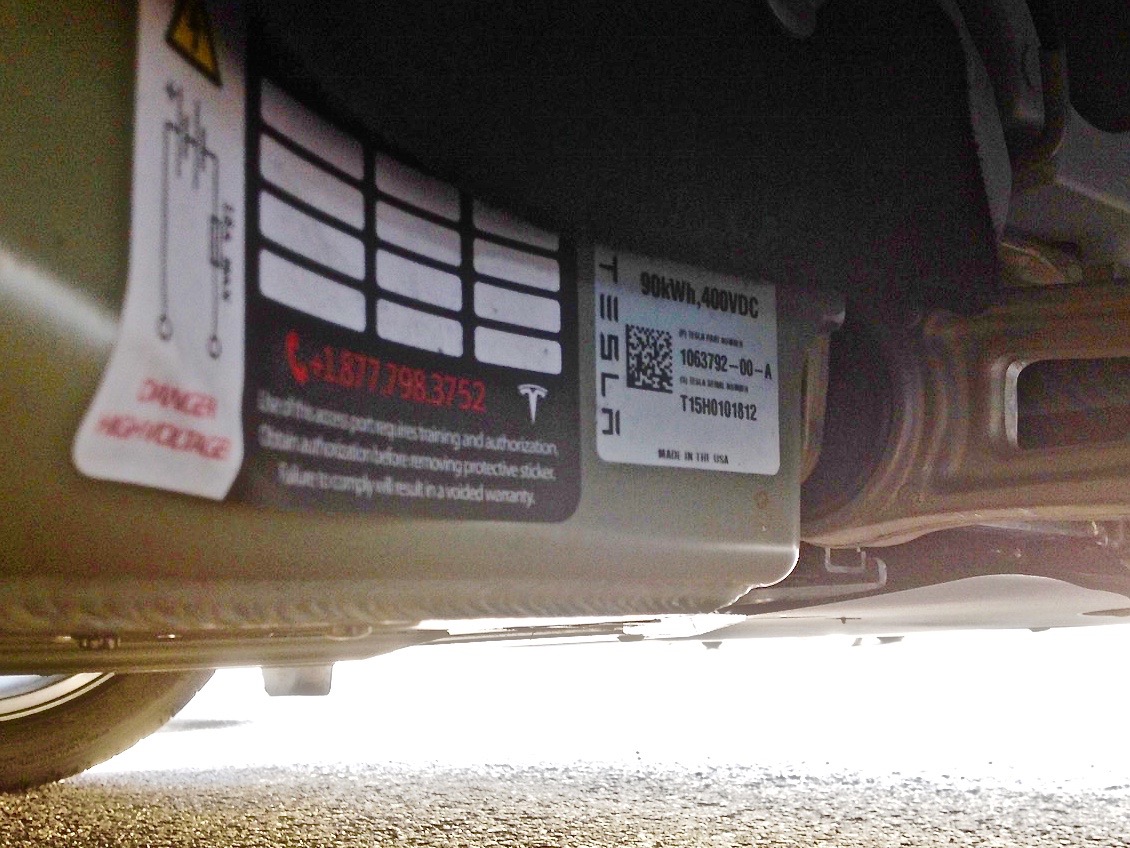 A curious Tesla owner took photos of the battery sticker on 2 cars with 90 kWh batteries, 1 with Ludicrous and 1 without. The sticker on both was the same.

By now, we all know that the secret to Tesla’s new Ludicrous Mode was a so-called smart fuse that could handle up to 1,500 amps, instead of the 1,300 amps supported by the current generation P85D. That, and an upgrade to the material used on the main battery pack contact allowed Tesla to safely increase the max battery pack output.

P90D owners can opt for Ludicrous Mode for an additional $10,000, but what does this fee actually buy you?

Tesla Motors Club member ArtInCT unpacked his trusty camera the other day at his local Tesla store, where a Model S P90D with Ludicrous Mode was parked next to a standard non-Ludicrous Mode P90D. He crawled under both cars and snapped pictures of the sticker on the main traction battery of each car.

Here’s what his camera captured. First, the battery installed in the Ludicrous enabled P90D: Now, the sticker on the non-Ludicrous enabled P90D: Notice anything interesting? That’s right. Both stickers have the same exact part number, leading to speculation that the smart fuse is installed in all 90 kWh batteries. If that is the case, then is enabling Ludicrous Mode as simple as a software upgrade? And if that is true, why does it cost $10,000?

TMC member mgboyes posted, “IMO it’s highly likely that all 90 kWh packs (even the ones in the 90D) have the upgraded fuse and contactor. I bet you can get a P90D upgraded to a P90DL by software after delivery… but I bet they charge you more than $10k for the privilege.”

Senior member yobigd20 agreed: “If I recall correctly, Elon stated that the 90 kWh packs have the upgraded fuse in place. So yes, it’s merely a software switch to enable Ludicrous Mode.”

There is no official word from the company but until there is, it seems reasonable to assume that all cars with the 90 kWh battery pack have the potential to be upgraded to Ludicrous Mode — for a price.