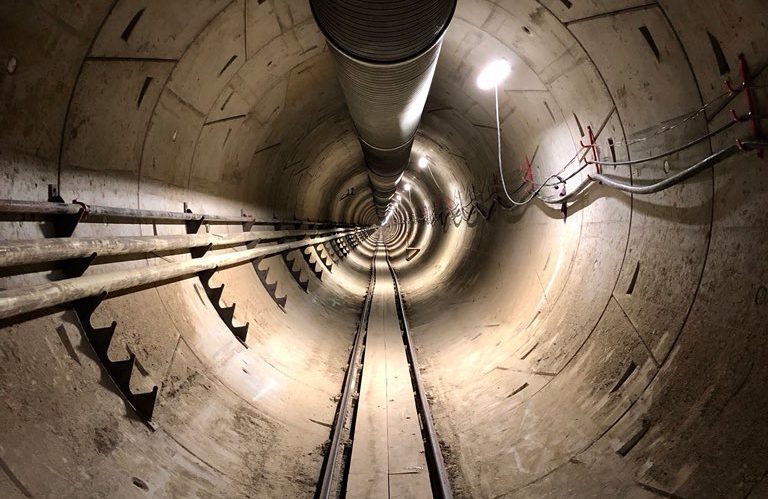 The Boring Company recently shared an image of a section of its test tunnel under Hawthorne, CA, giving fans its clearest look yet.

With “rings on rings“, The Boring Company’s tunnels are anything but boring. In a request for tax exclusion submitted to the California Alternative Energy and Advanced Transportation Financing Authority last December, the tunneling startup stated that it intends to develop and use a new type of concrete for its tunnel linings. 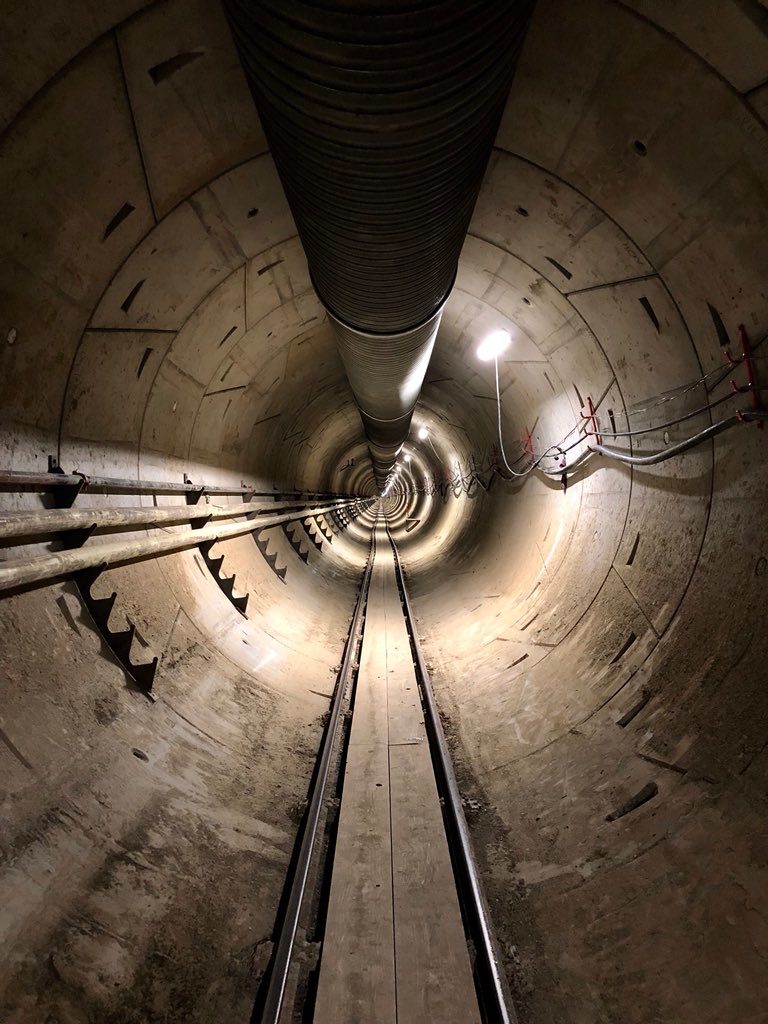 According to the tunneling startup’s filings last December, “advanced materials” would be used to manufacture the tunnels’ concrete walls. The concrete that will be used in the tunnels themselves will not be regular concrete, as the Boring Co. is designing the material to reach strengths in excess of 6,500 pounds per square inch. The concrete being developed by the company is also designed to be capable of fully setting in just 1-7 days, far quicker than the 28 days usually required by conventional concrete.

With this special formulation, The Boring Company expects to produce concrete tunnel linings that are incredibly dense, less permeable, and fully resistant to corrosion. A fully-automated carousel system to transport and set the concrete rings on the tunnels without human assistance is also being planned. With such a system in place, the Boring Co. is expecting to complete its tunneling projects faster.

While the Boring Company is arguably a hobby for the ultra-busy Elon Musk, and while the company courts fun headlines over its unique merchandise such as the Not-a-Flamethrower and the Boring Bricks (an Ice Blaster is said to be on the way), the startup does have the potential to be just as disruptive in the tunneling industry as Tesla is to the automotive market. During the company’s Information Session back in May, Elon Musk noted that the Boring Company is aiming to drill and lay tunnel walls simultaneously while transporting dirt using battery-powered locomotives. These locomotives will feature Tesla technology, with the machines being powered by two Model 3 electric motors.

The potential disruption of the Boring Company in the public transportation industry appears to have been one of the key factors behind the startup’s selection as the contractor of choice for Chicago’s planned downtown-O’Hare high-speed transport project. The bidding for the high-profile project involved several key infrastructure companies, including  O’Hare Xpress LLC, a consortium comprised of participants from Antarctica Capital, Meridiam, First Transit, JLC Infrastructure, and UK-based Mott MacDonald, the design engineer for London’s Heathrow airport terminal. Despite the relative inexperience of the Boring Company compared to O’Hare Xpress LLC, the government of Chicago opted to award the project to the tunneling startup.

As the company prepares to break ground on its Chicago project, its tunnel in LA is set to offer free demo rides to the public soon, pending final regulatory approvals. If this recent video from the tunneling startup is any indication, these demo rides might end up a very colorful affair.