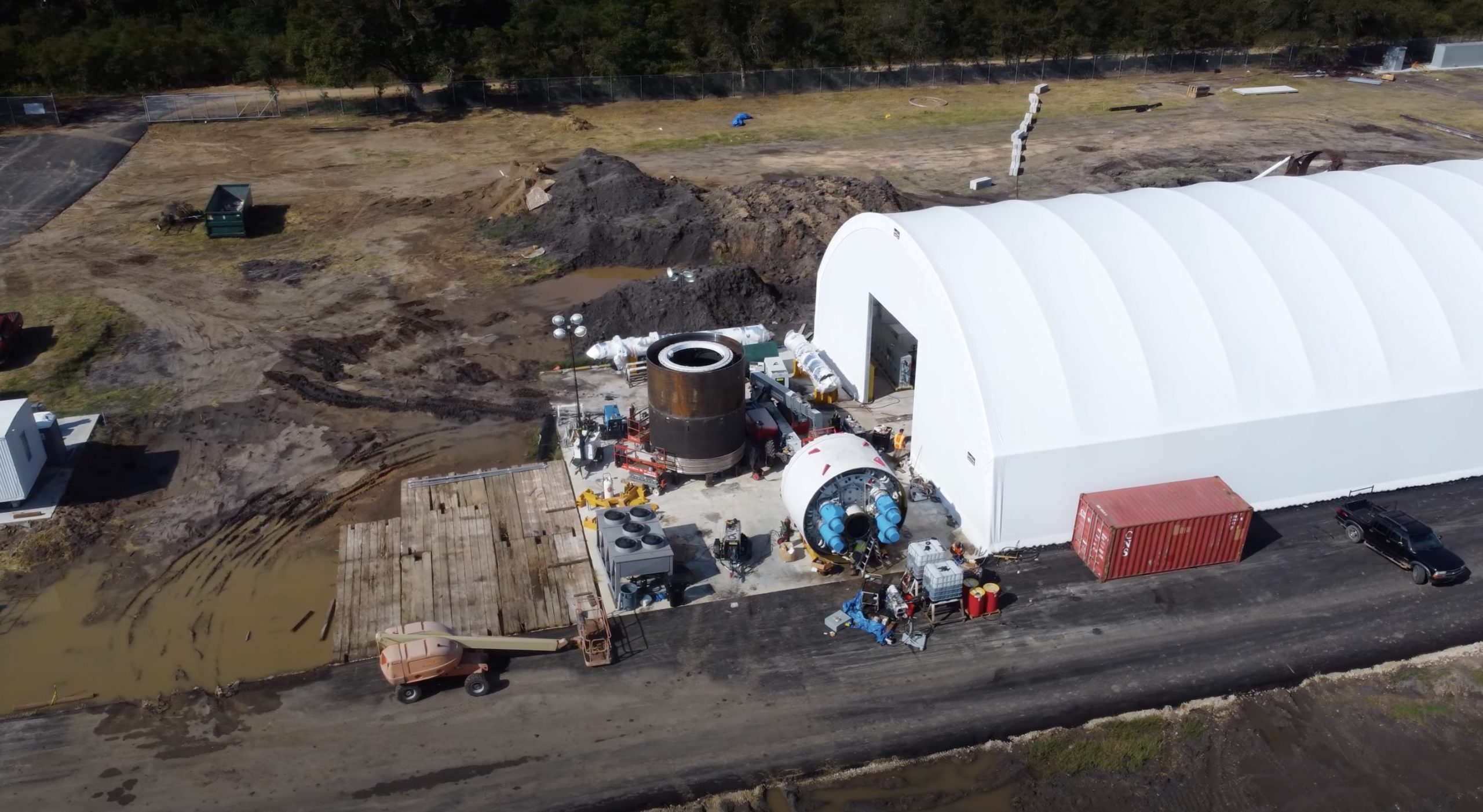 The Boring Company prepares Prufrock 2 for test run in Texas

Elon Musk’s tunneling company seems to be preparing for Prufrock 2’s test run in Texas. Based on Jeff Roberts’ recent drone video of TBC’s Bastrop location, the entrance and exit points of Prufrock-2 are visible already.

Last month, The Boring Company released a video of Prufrock-2 coming alive in Texas, teasing a test run for the tunneling machine. “Prufrock’s medium-term goal is to exceed 1/10 of human walking speed, which is 7 miles per day,” according to the TBC website.

Prufrock may be used in The Boring Company’s upcoming projects, including the one in Texas. TBC reportedly started discussing a projects in Austin and San Antonio. In Austin, TBC proposed a tunnel near Tesla’s Gigafactory Texas. Meanwhile, in San Antonio, The Boring Company is talking with Greater: SATX—a private-public non-profit seeing to economically grow the San Antonio, Texas region.

Watch the video below for the latest on Giga Texas!

The Boring Company prepares Prufrock 2 for test run in Texas