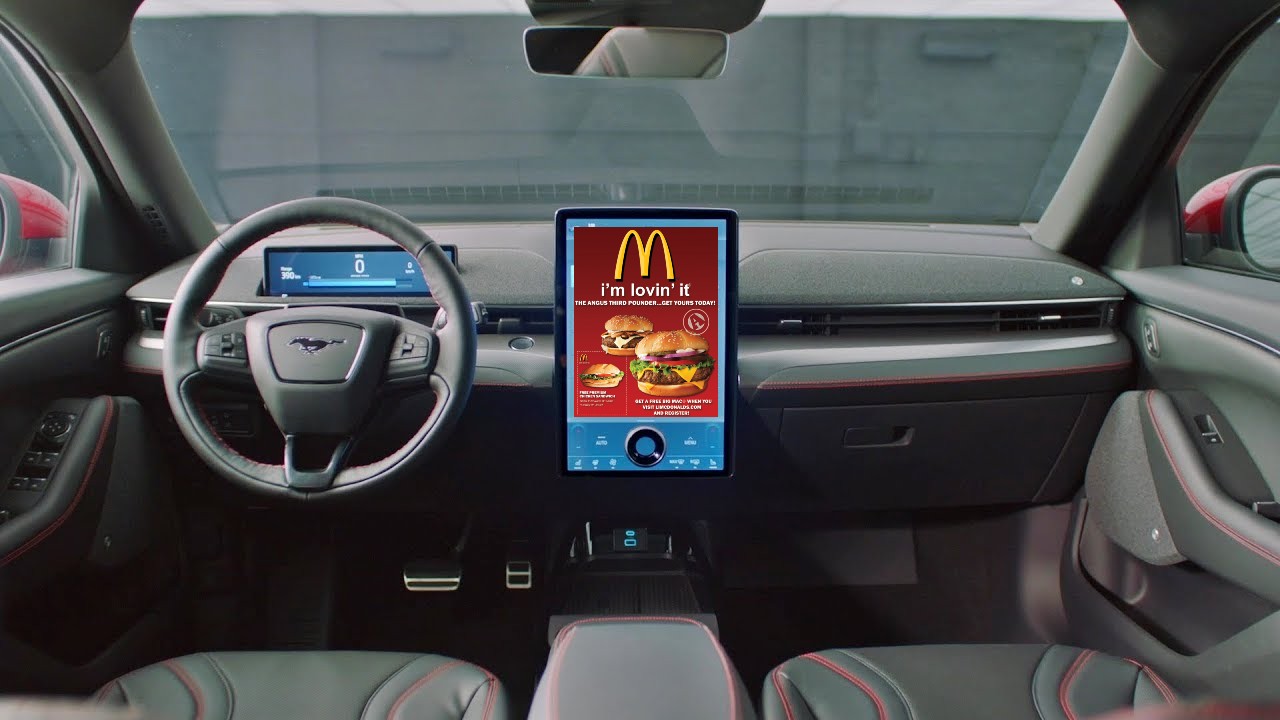 Ford patented a system that uses a vehicle’s cameras to detect billboards and pull them up on a car’s infotainment systems.

While billboards have been used for advertisements for quite some time, they do not necessarily provide much information to those driving by them. Ford plans to fill in these gaps with in-car ads. The legacy automaker wants to display advertisements in the infotainment, including phone numbers, addresses, or links to an advertiser’s website. Ford explains this in its patent.

Ford’s patent leverages the built-in cameras of a vehicle to keep an eye out for passing billboards. With image recognition, cars could then display a copy of the detected advertisement through the infotainment system. Ford also intends to analyze the content of billboards to generate hyperlinks or phone numbers that passengers can access.

While the presence of in-car ads would undoubtedly receive polarizing reviews from the driving public, there is little doubt that in-car advertisements would be effective. It may also pave the way for a business model similar to Amazon’s Kindles with “Special Offers,” which are affordable but display ads when in standby. With this in mind, perhaps Ford could start offering more affordable versions of its vehicles in the future to customers willing to view in-car advertisements while they are traveling.

Ford’s in-car ad plans would likely attract a lot of scrutiny among car owners and possibly regulators due to its potential safety risks. Ford may be working on innovations such as BlueCruise, but such systems are still best used with drivers that have their full attention to the road. In-car ads, which are designed to draw attention, would likely present notable risks.

Ford’s in-car advertisement patent could be viewed below.

Ford in Car Ads Patent by Maria Merano on Scribd