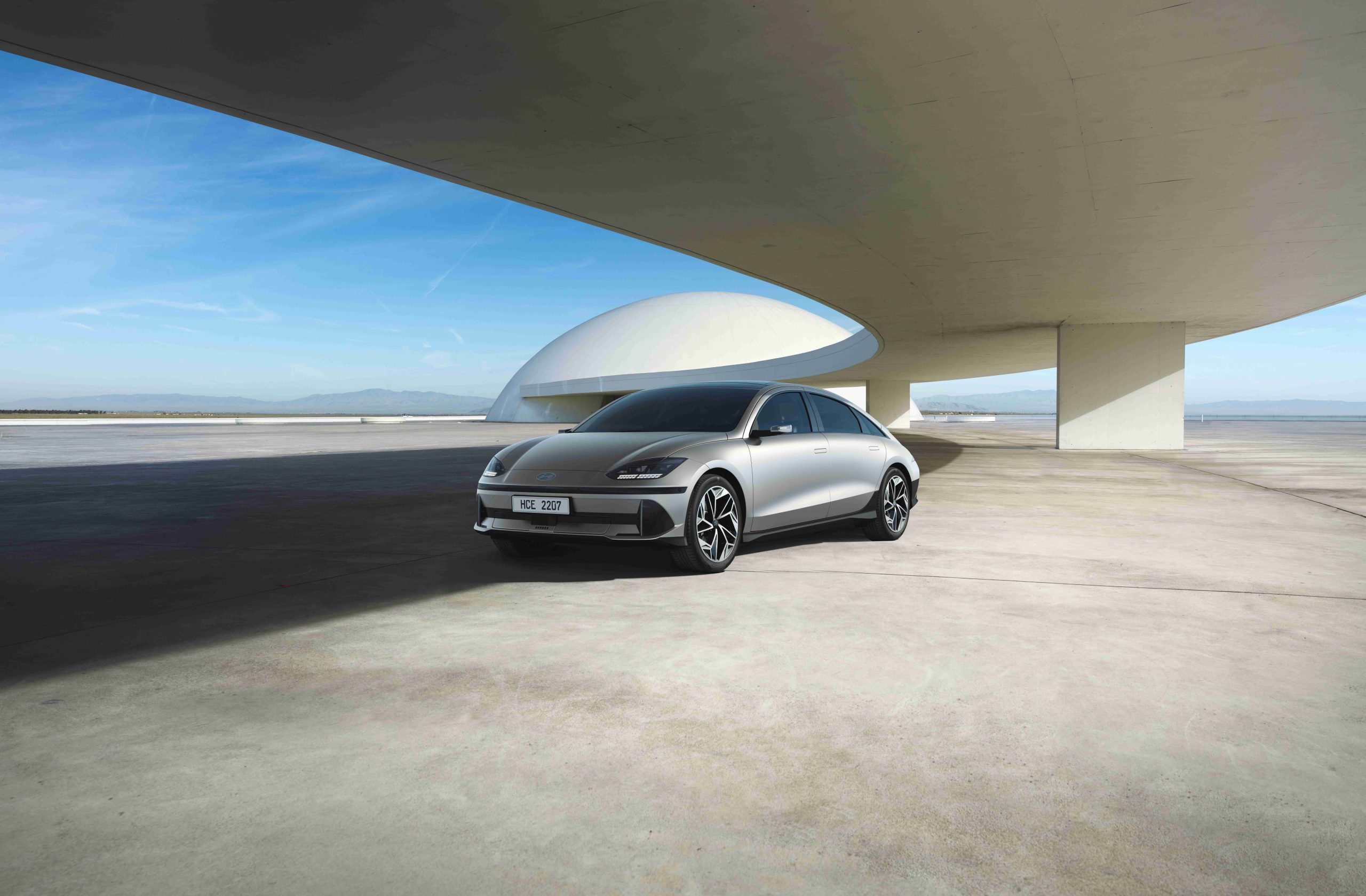 Hyundai has unveiled its new all-electric sedan, the Hyundai Ioniq 6.

The Hyundai Ioniq 6 made its first appearance earlier this year, and now the vehicle will be coming to the U.S. in the spring of next year. Today’s unveiling at the LA Auto Show included numerous details about the model coming to the U.S. There is a lot to be excited about.

First of all, the Hyundai Ioniq 6 offers some impressive technical specifications. The sedan has either a single-motor rear-wheel-drive or a dual-motor all-wheel-drive system. The model with the single-motor rear-wheel-drive setup produces a respectable 225 horsepower and 258 pound-feet of torque. While with the Ioniq 6’s optional AWD system, customers get 320 horsepower and 446 pound-feet of torque. An impressive amount of power that will rocket the family sedan from 0-60 in under 5 seconds. 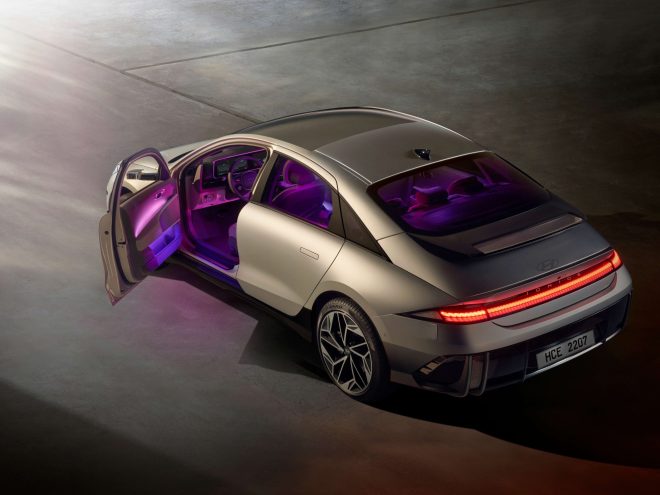 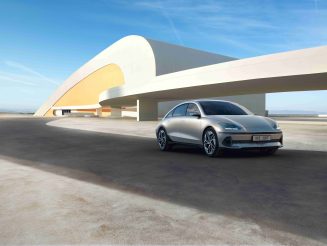 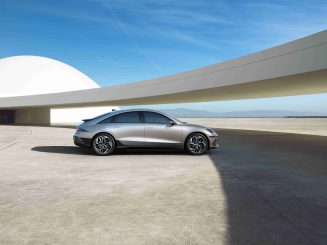 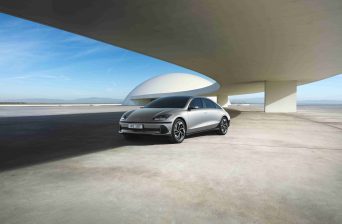 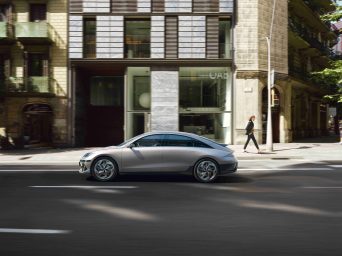 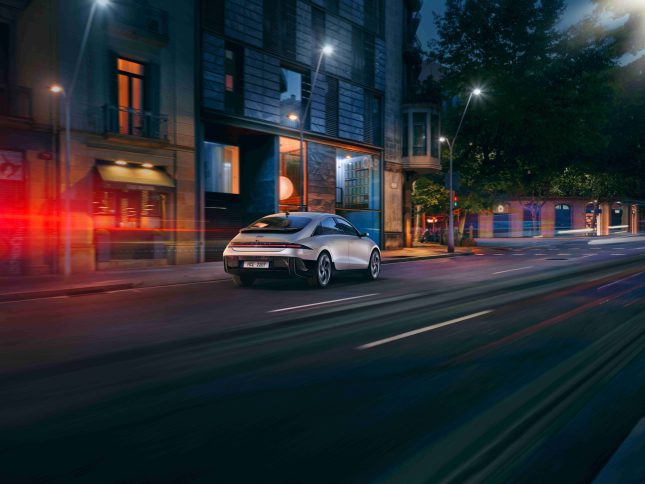 Both drivetrains are powered by a 77.4kWh battery that gives the aerodynamic sedan a range of up to 340 miles. And charging the battery will be no problem either, charging from 10-80% in 18 minutes. Sadly, the smaller 53kWh battery sold in other markets will not be available in the U.S. Hyundai didn’t specify an MSRP for any of the upcoming trims at the launch event today.

Outside of just the drivetrain, the Ioniq 6 has a myriad of features, such as vehicle-to-load capability, over-the-air updates, and numerous charge ports sprinkled throughout the cabin to keep your devices topped off.

The Hyundai Ioniq 6 has nearly identical specifications to its larger sibling, the Hyundai Ioniq 5, because both vehicles are built on the same “E-GMP” platform. However, with the improved aerodynamics of the Ioniq 6 (a drag coefficient of 0.22), customers have access to increased range with the same battery system.

While impressive, the specifications of the vehicle were not the focus of the unveiling today. Presenters focused on the numerous design elements of the new car and how they affect the occupants’ experience. “We want our cars to always connect with customers on an emotional level,” said SangYup Lee, executive vice president and head of Hyundai Design Center. 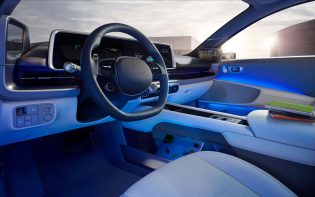 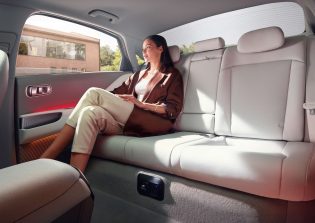 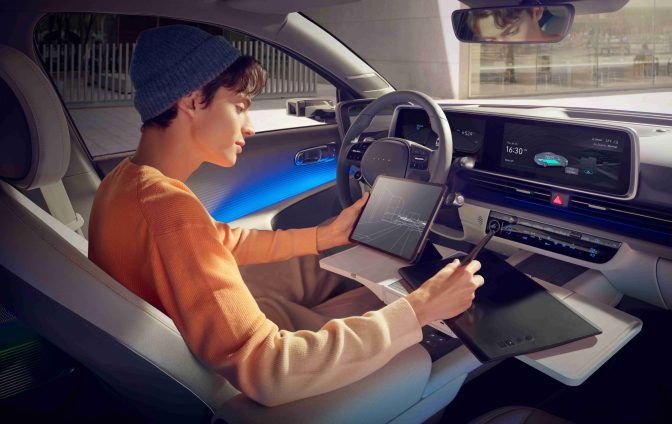 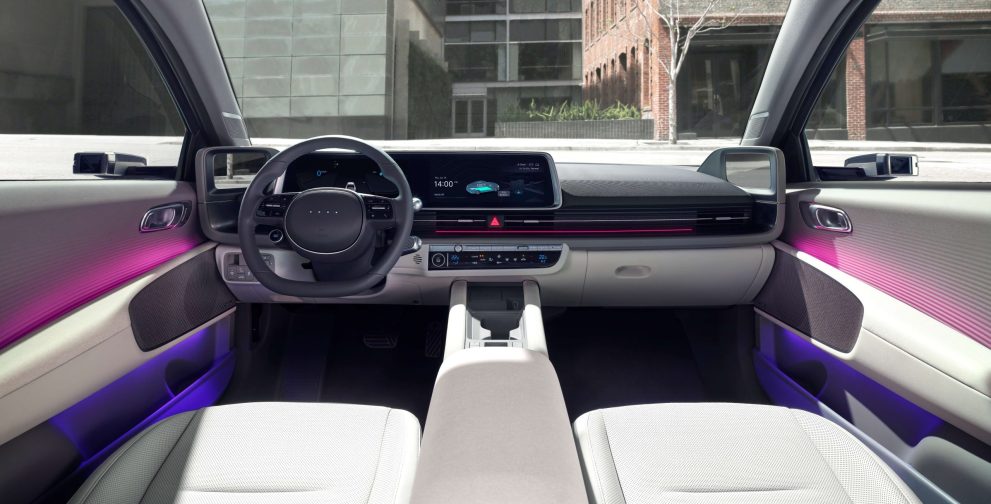 The lighting system wasn’t only a selling point for the interior space. Much like the active sound design, the ambient lighting can be set to brighten and dim as the vehicle accelerates and decelerates, only furthering the feeling of speed.

Lighting was also a focus on the exterior design of the Ioniq 6. Hyundai has created a unique design language using square lights, most prominently seen on the headlights and taillights of both the Ioniq 6 and Ioniq 5. These “pixels,” as Hyundai calls them, are added to the top of the Hyundai Ioniq 6’s functional rear wing, and even make their way inside as part of driver-focused U/I elements.

Finally, Hyundai stressed the sustainability focus of its design. Not only was the company dedicated to using “earth-friendly materials,” but it also emphasized that the aerodynamic shape added to the product’s sustainability, helping consumers charge less often and use less energy in their transportation.

After introducing the Ioniq 6 in the spring of next year, it will eventually be produced at Hyundai’s new Georgia-based EV production facility along with numerous other planned products, such as the Hyundai Ioniq 7 full-size SUV that will be coming in 2024.

It is clear that Hyundai has found success with its uniquely designed electric vehicles, and many are looking forward to their Ioniq 6 reservation being filled. It will certainly be an exciting day when the Ioniq 6 finally hits the roads of North America.