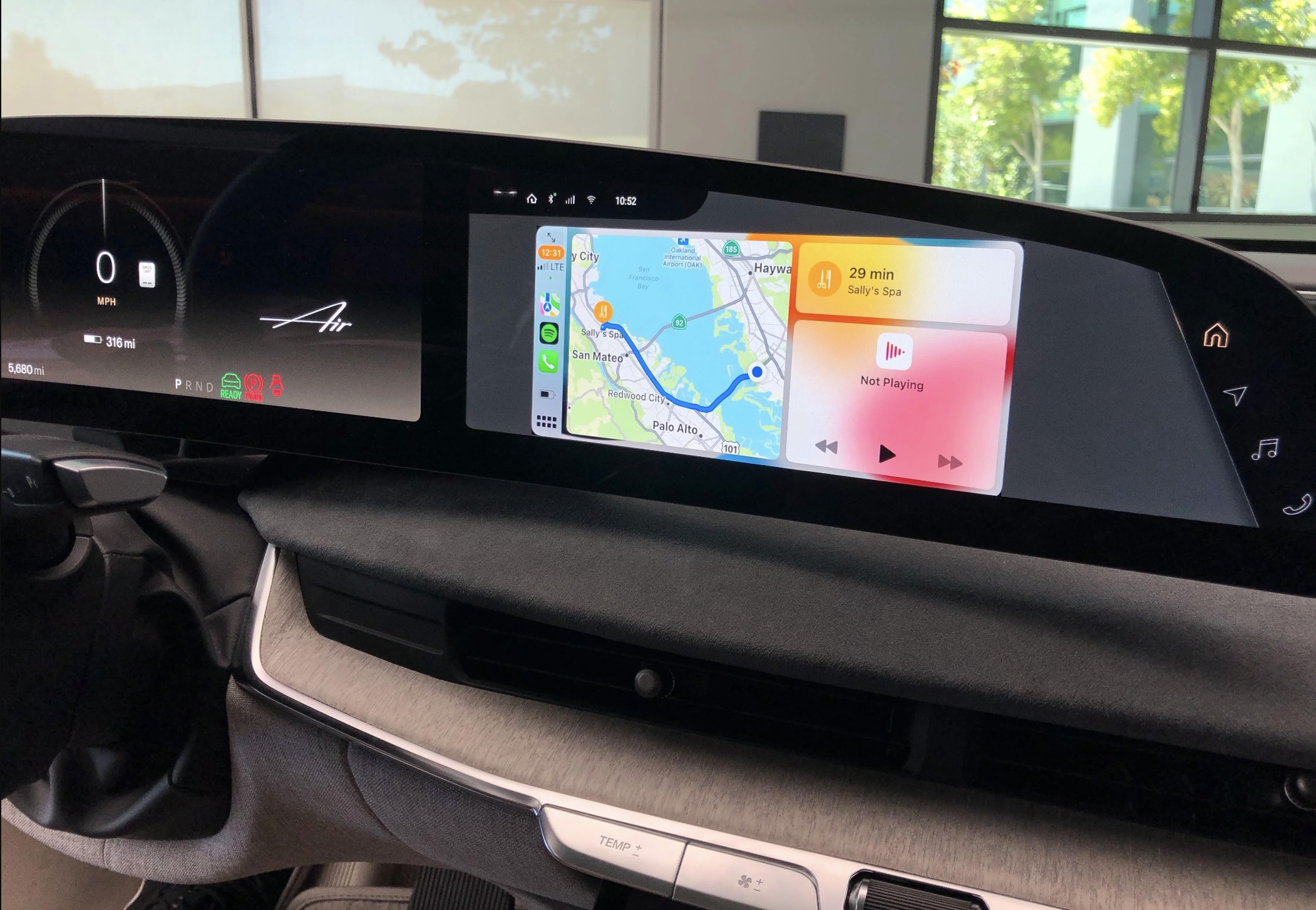 A Lucid Air was spotted testing Apple CarPlay recently, hinting that the feature might launch in the next major software update due next quarter.

According to Lucid Insider, the company released its last major software update, v1.2.6, nearly a month ago. Lucid Motors released v1.2.7 earlier this week. The latest update added onboard connectivity, diagnostics, and wireless communications systems, which would work hand-in-hand with Apple CarPlay.

Apple announced a next-gen CarPlay software during WWDC 2022 last month. The new Apple CarPlay is expected to utilize all the screens automakers are adding to their vehicle designs. The tech giant plans to seamlessly sync Apple users’ smartphones with vehicle screens.

“And no matter what type of unique screen shapes or layouts you may have, this next generation of CarPlay feels like it was made specifically for your car,” said Emily—the presenter for Apple’s CarPlay at the event.

During WWDC 2022, Apple briefly displayed the automakers its next-gen CarPlay would be coming to, including Ford, Polestar, and Volvo. Lucid was not on the list at the time.

Apple’s next-gen CarPlay is expected to launch in vehicles late next year, meaning the current iteration of the software will likely be coming to Lucid owners next quarter.