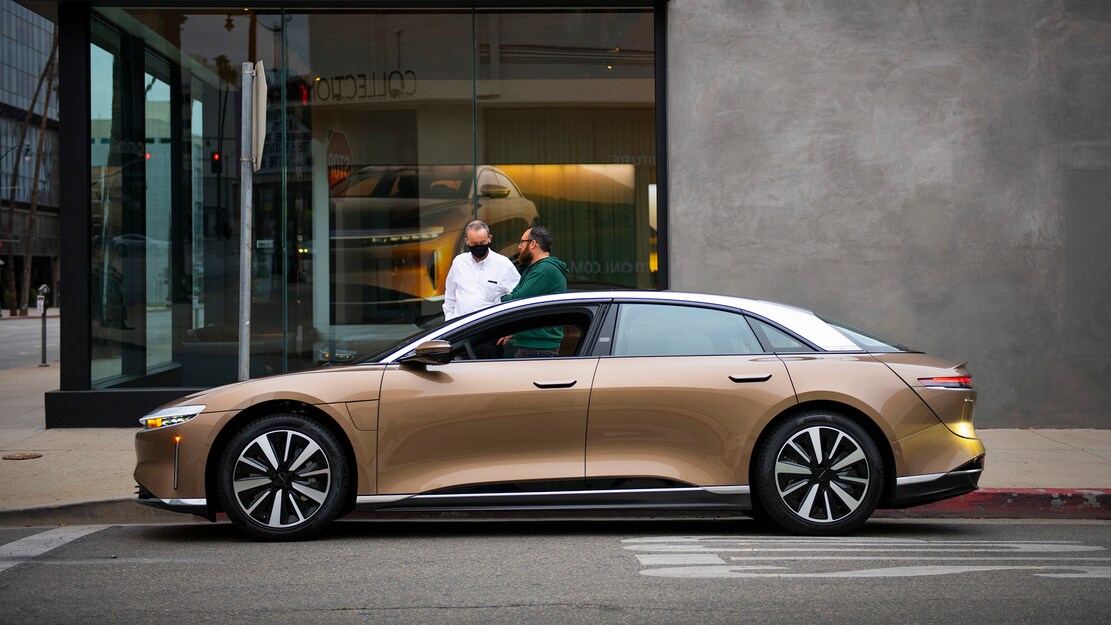 Lucid Group (NASDAQ: LCID) is being compared to EV leader Tesla and legendary Italian performance vehicle company Ferrari by Bank of America, which initiated coverage on the electric car company’s stock today. Bank of America’s coverage predicts Lucid stock will jump by 50% in the coming years as the company holds high expectations from analysts.

Lucid, led by CEO and CTO Peter Rawlinson, a former Tesla employee, is set to launch its first vehicle, the Air, later this year. After the company became publicly traded earlier in 2021 after a merger with Churchill Capital Corp. IV, analysts have started to break down the company’s potential in an emerging EV market. Bank of America said that the company is undoubtedly a reputable, competitive threat to other companies like Tesla, Rivian, and Ford.

Bank of America said in their note to investors that Lucid’s “innovative technology, attractive product, compelling brand, clean sheet manufacturing approach, and impressive management” are key factors in the company’s quest to become number one in the sector. With notable and experienced executives, a quality product with the Air Dream Edition, and a broad-scale manufacturing plant in Casa Grande, Arizona, Lucid has all the ingredients for success. The question is whether the company can follow through in production as it has plenty of advantages.

The analysts at Bank of America have a bullish view of Lucid based on an EV/sales ratio of around 3.0x and an EV/EBITDA multiple of around 37x for 2025 estimates. Analyst John Murphy said, “These are a premium to TSLA’s early trading multiples and to average multiples from EV OEM SPAC peers, but still a notable discount to TSLA’s recent trading multiples (forward five-year basis), reflecting our view of LCID as one of the most legitimate start-up EV automakers.” The analyst also called Lucid the “Tesla/Ferrari of new automakers” and stated that the company is “one of the most legitimate start-up EV makers.”

Lucid had its first coverage initiated late last week by CFRA analyst Garrett Nelson. In his note, Nelson said that Lucid has plenty of competitive advantages that spawn from its first-class specs on its forthcoming luxury EV models, strong balance sheet and management team, and brand new factory in Arizona.” Nelson also added that “LCID appears to check all the boxes of an industry newcomer with staying power.” However, CFRA is also aware of the tough road it could encounter based on Tesla’s “formidable competitive moat,” which is likely to slow down their anticipated momentum.

Disclosure: Joey Klender is not an LCID Shareholder and has no plans to initiate any positions.