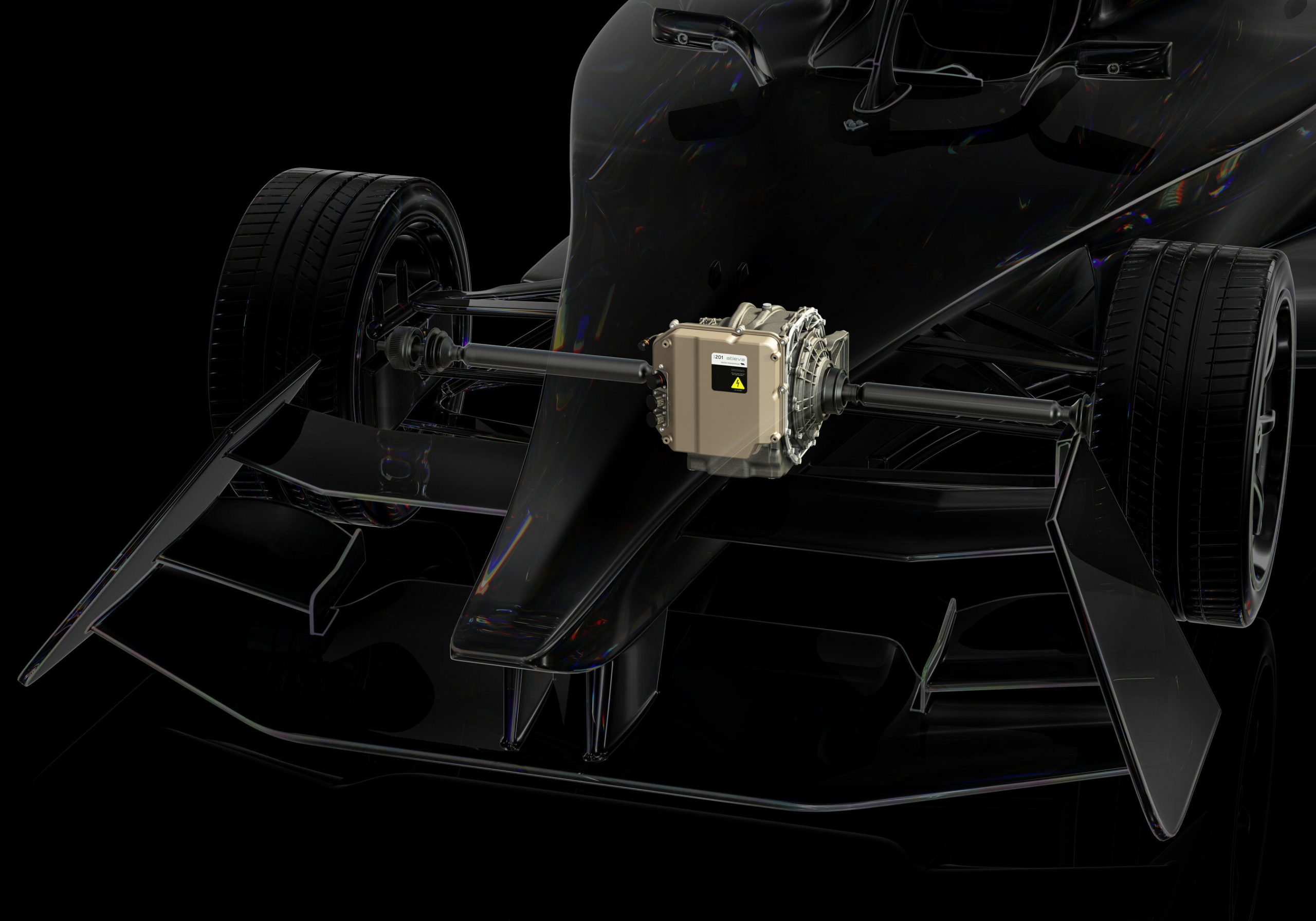 Positioned in the nose cone of every racecar in the current electric world championship, the new Lucid drive unit provides regenerative energy recovery from the front wheels under braking, significantly enhancing the racecar’s performance envelope, efficiency, and relevance to road car advancement. It features the same state-of-the-art high-voltage continuous wave winding and proprietary microjet cooling system that can be found in the motors powering the Lucid Air sports sedan.

Late last year, Lucid got to show off its performance chops in a drag race between the company’s new Air Saphire, the prolific Tesla Model S Plaid, and a Ducati Panigale. And in a surprising upset, Lucid led the competition by a sizeable margin. Now, the American EV startup has revealed one of the reasons for its performance success; an all-new drive unit that could be one of the most powerful motors per pound ever created.

Lucid’s press release this morning states that the new drive unit produces 469 horsepower, weighs just 70.5 pounds, and, looking at the company’s supplied pictures, is only slightly bigger than a basketball. Among a series of proprietary design changes, the automaker credits a new cooling system and “continuous wave winding” to the motor’s incredible power per kilo; 14.7hp/kg.

Strangely enough, while many are familiar with Lucid’s involvement in Formula E, the company’s new motor isn’t actually used to drive the wheels of the newest-gen 3 FE car. Placed on the front axle, Lucid’s new drive unit is used exclusively for power regeneration, which removes half of the traditional braking system, further saving weight.

Teslarati reached out to Lucid, asking if the motor would be available to consumers or in other products, but the automaker was not immediately available for comment.

We know that Lucid’s new monster motor is already found in Lucid’s Air sedan. Still, according to Lucid’s CEO, it could very easily find its way into upcoming products, such as the upcoming Lucid Gravity SUV.

“With an incredible power density of 14.7 hp/kg and immense energy recuperation, this drive unit will once again transform electric motorsports, following in the footsteps of our revolutionary battery pack in prior race seasons,” said Peter Rawlinson, CEO/CTO of Lucid Group. “For Lucid, the transfer of technology between motorsports and road cars is a two-way symbiosis. This new motorsports drive unit builds directly upon the groundbreaking powertrain technology developed in-house by Lucid and proven on the road in every Lucid Air. I’m excited by the prospect that some of the technical advancements introduced may, in turn, make their way to future Lucid road cars.”

As automakers like Lucid continue to gain traction in the market, it is only a matter of time before more manufacturers become involved in electric motorsports to test out their newest innovations. And while Formula E remains in its infancy compared to its gas-powered Formula 1 counterpart, it may eventually become the testbed that Formula 1 once was.