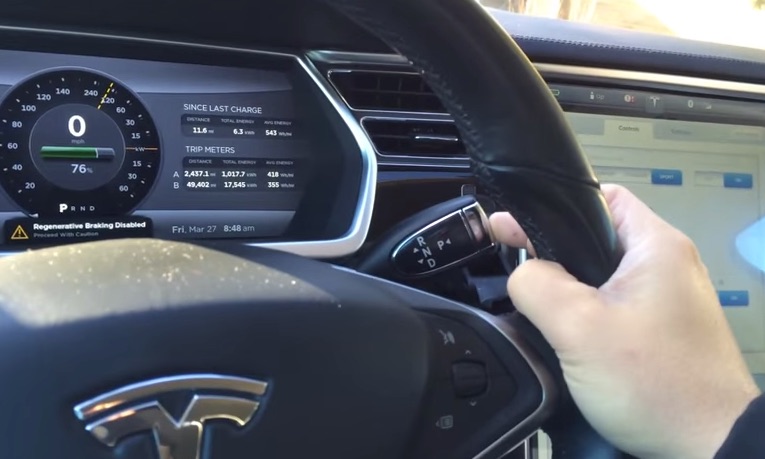 Prior to the upcoming release of Tesla Firmware 6.2, said to end range anxiety by intelligently routing drivers to the most optimal Tesla charging station, a less notable feature rolled out in a recent build that allows drivers to unlock the door handles from the parking push button.

If you’re tried to let a passenger into the car while sitting in the driver’s seat of a Model S you’ll know that it takes a sequence of taps on the large center touchscreen before the self-retracting door handles are presented. However the latest Tesla firmware build for 6.1 allows the driver to push down on the “P” button located on the driving stalk which will in turn unlock the vehicle and present the door handles. This and a slightly better performing Model S web browser rounds out the new enhancements for the current 6.1 build.