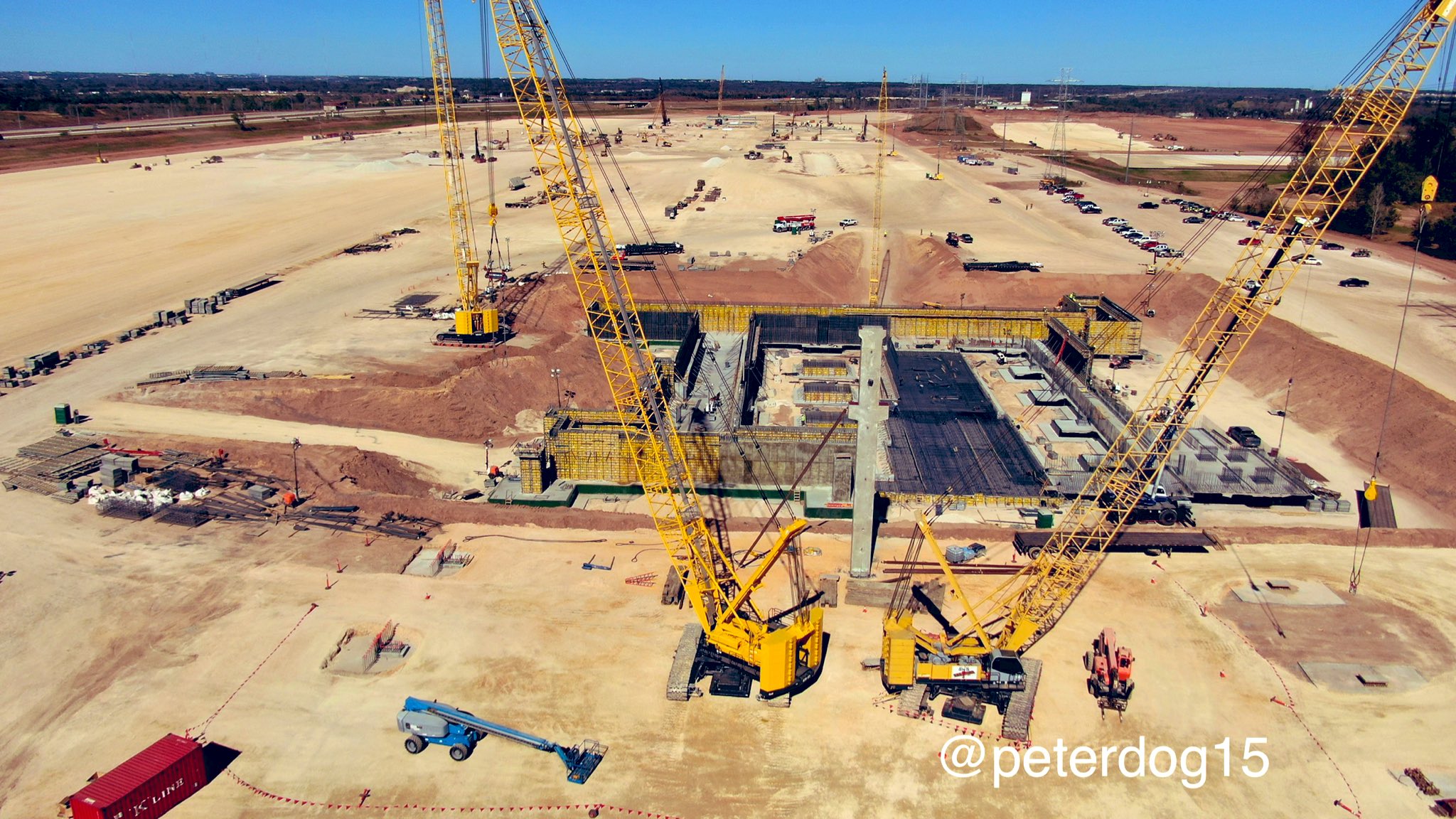 Drone operator Jeff Roberts (@peterdog15) took photos of the first pillar at Giga Texas. He arrived on site just in time to see the huge pillar being delivered on site and witnessed it rising from the ground, much like the rest of Gigafactory Texas will be in the coming months. Roberts happened to also break the news that Tesla would be switching to three shifts for Giga Texas’ construction, effectively speeding up its schedule.

According to fellow drone operator Joe Tegtmeyer, the concrete column was located in the “Great Big Pit” area. Tegtmeyer speculated that more pillars will be installed “to support gantry cranes for the stamping machine dyes” in the massive Gigafactory. His video also includes all the visible changes to the construction site, including the ongoing work being done to a clearing across State Highway 130, which may be the location of Tesla’s ecological paradise.

Based on all the work going on at Giga Texas daily, Tesla doesn’t seem to be wasting any time. Simultaneous construction projects are happening in different areas of the 2,000-acre piece of land. And more work will be done in the outskirts of Giga Texas, too. Recently, the Austin City Council approved a resolution to develop East Austin, an area near Giga Texas.

“(This resolution) brings some much needed focus to a long-neglected part of East Austin that’s basically on the precipice of really experiencing considerable growth,” said Council Member Natasha Harper-Madison. “This is our opportunity to really get it right and get ahead of unfettered growth with more proactive action in this area.”

The resolution seems, at least in part, to be in anticipation to the economic growth and development Giga Texas might bring to the East Austin area. Prior to the resolution’s approval, panelists at the second Annual East Austin Growth Summit projected that Tesla Gigafactory Texas could create 15,000 new jobs.

“(Tesla has) a reputation of wanting their suppliers close to them, and they’re going to make that request for critical suppliers. So, I wouldn’t be shocked if we had 50-plus companies move here to support this facility. My hope is that those 50 come but that they also find another 50 that are already here,” said Ed Latson, the executive director of the Austin Regional Manufacturers Association.

Watch the most recent flyovers of Gigafactory Texas.