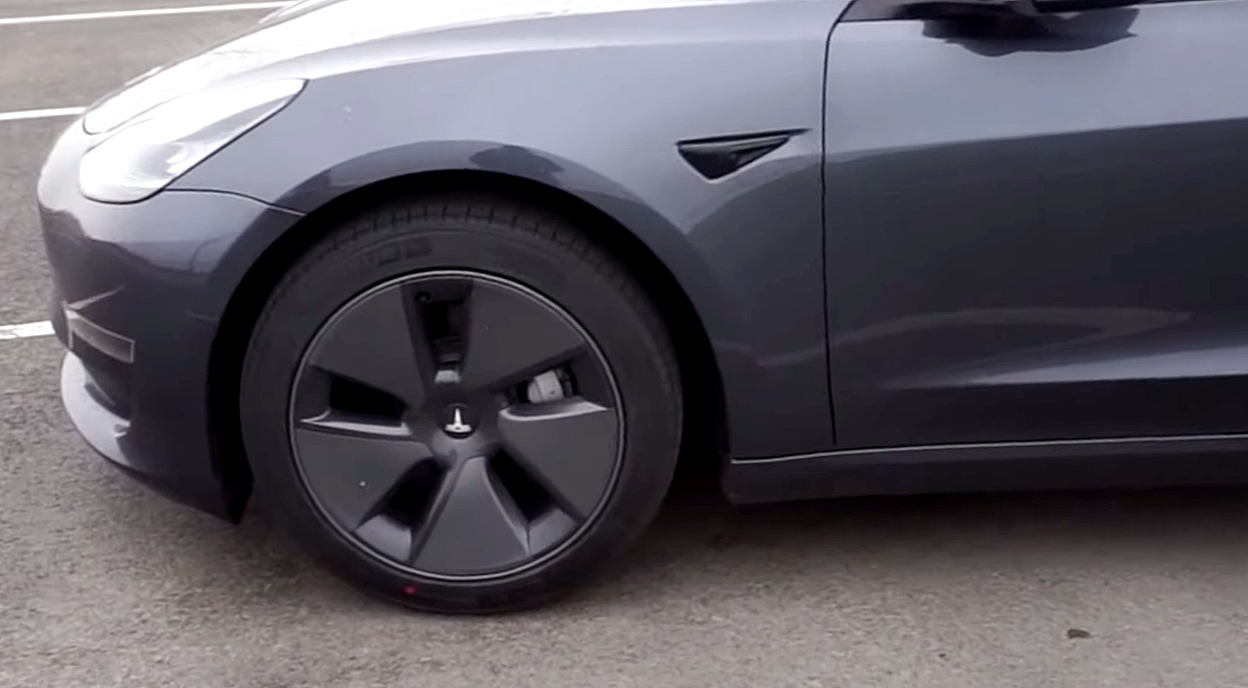 New Tesla owner David Narayan recently shared a video of one of the first “refresh” Model 3s that have been delivered in the United States. As of this writing, there have been minimal to no other reports of customers receiving their refreshed Model 3 orders, particularly in the US.

In his video’s description, Narayan said he ordered a Model 3 months ago but put it on hold because he learned he was having a baby. When he decided to make another order weeks later, the refreshed Model 3 was already available for purchase.

“After processing the update I called Tesla and they said I wouldn’t get my car until early to mid-December. [A] sic few days later they texted me asking when I could pick it up, literally that fast. Not sure how, but it happened,” Narayan wrote.

When he picked up his new Model 3, Tesla workers told him that they had never seen the refreshed version and his was the first one they had seen in Utah. Narayan’s Model 3 SR+ was equipped with Tesla’s new Aero wheels, which are arguably. more attractive than the original Aeros that shipped with the all-electric sedan. Based on Narayan’s video, it appears that the new Aero Wheels’ more straightforward design blends well with the Model 3’s overall look.

The 2021 Model 3 had all the other features expected in the refresh, including the elegant double-console with wireless charging, the powered lift gate, and double-paned windows. Narayan noted that being inside his Model 3 could be a little eerie because it was so quiet, which may be best for the expecting father. Features like Joe Mode, which reduces the volume of sounds and alerts in the vehicle, will likely be appreciated by the new father too.

Tesla appears to have shipped some 2021 Model 3 units to Europe, but they might not have arrived in the region yet. European reservation holders have reported receiving Model 3 vehicles that incorporate some, but not all, of the changes seen in Narayan’s 2021 version. This was highlighted in a Model 3 that was spotted in Belgium last week, which featured double-paned windows but the old center console, old Aero Wheels, and chrome trim.

The EV automaker has started exporting Model 3s from its Shanghai factory to fill some of the orders in Europe. The first batch of Model 3 exports from the Shanghai factory already had certain features from the 2021 version as well, like double-paned windows and the new “refresh” headlights. Other features, particularly the new center console in the 2021 Model 3, were not observed in the vehicles.

Sightings of the partially refreshed Model 3s from China revealed that Giga Shanghai was ramping production for Tesla’s updated version of the all-electric sedan. Considering that a 2021 Model 3 with full refresh elements was spotted in Hong Kong by the hosts of YouTube channel 駕輛 UpCar last week, Tesla may start delivering the fully-updated vehicles worldwide soon.

Check out Narayan’s video on his updated Model 3 in the video below.