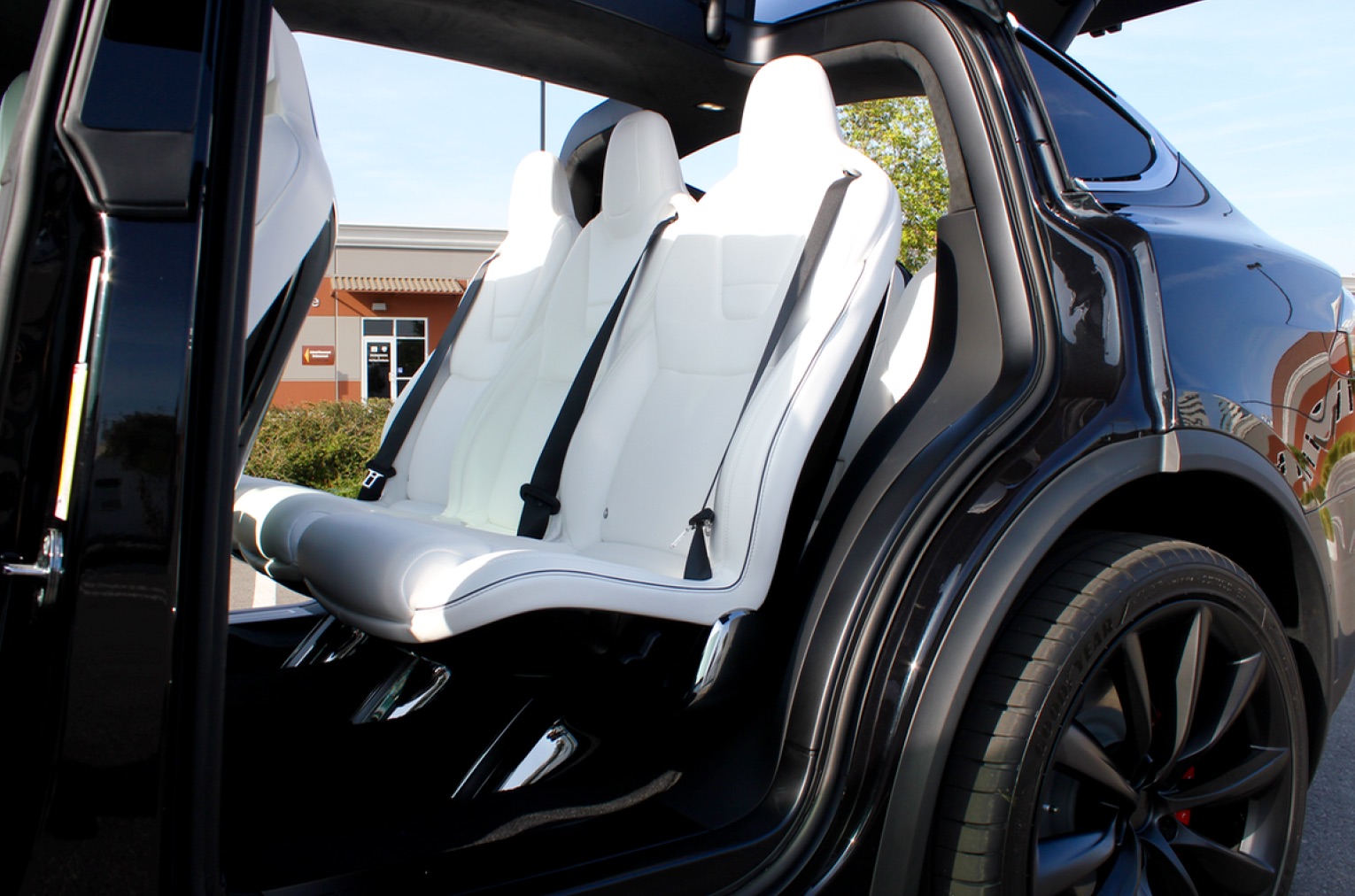 There’s good reason to believe that a much-desired folding second row seating option for the Model X may soon be making its way into the Design Studio. Would-be Model X owners who placed an order for a 5-seat interior, some having waited over a year for the magical MyTesla update that notifies them of the vehicle’s production status, may be getting a new seat design.

Updated: Tesla has officially rolled out a fold-flat second row seat for the Model X with 5-seat configuration

Prospective Model X buyers interested in the 5-seater option have told Teslarati that their Tesla Owner Advisor suggested a delivery timeframe of late 2016 or early 2017 if they are to continue with that seating configuration. This is also inline with comments coming out of the forum community from Model X buyers interested in the 5-seat option. Most of them are indicating that Tesla has communicated an end of year delivery. While this isn’t a clear indicator that a design change may be coming for the Model X second row seats, one can argue that a passage from Tesla’s Third Quarter 2016 Update letter is.

At the end of page 1 of the letter, Tesla writes, “We believe new product variants such as the P100DL, additional Model X seating variants, new product capabilities such as Enhanced Autopilot and hardware for Full Self-Driving Capability, Autopilot 8.0 software, and new store and service center openings should continue to drive strong vehicle order growth.” Considering the fact that the five seat option has been available in the Design Studio since its first arrival, and already has orders placed by buyers, one can argue that a 5-seat configuration is an existing seating variant and not an ‘additional’ one. There’s a strong possibility that Tesla may introduce a more affordable and less complicated second row seating option, sans the motorized monopost seat design, that will fold flat to maximize cargo space. Less is also more. Because a Model X with a 5-seat configuration won’t have a third row, having a complex electronically actuated monopost seat that can pivot and lean forward independently of one another is completely unnecessary. The touted benefit of having additional foot room for third row passengers when using a monopost design is also not applicable.

It wouldn’t come as a surprise if a fold-flat second row seat would come in a 2-seat and 3-seat set up to complement those looking for the 6-seat and 7-seat configuration.

Tesla continues to streamline production by decreasing the number of unique options made available for each vehicle while promoting cross functional design. In the last month alone, Tesla has discontinued the Model X 60D, removed the factory installed accessory hitch and require Smart Air Suspension on all Model X. There’s also signs that Tesla may discontinue the P90D.

By minimizing the number of options made available for a vehicle, Tesla is able to decrease the number of vendors to source product from, and thus reduce its risk of any production bottlenecks. Tesla’s factory will also be able to maintain a more efficient production line if components can be shared across its fleet of vehicles.

If Tesla does in fact reveal a fold-flat second row seat for the Model X, we would expect the seat back to also make its way to the Model S someday.