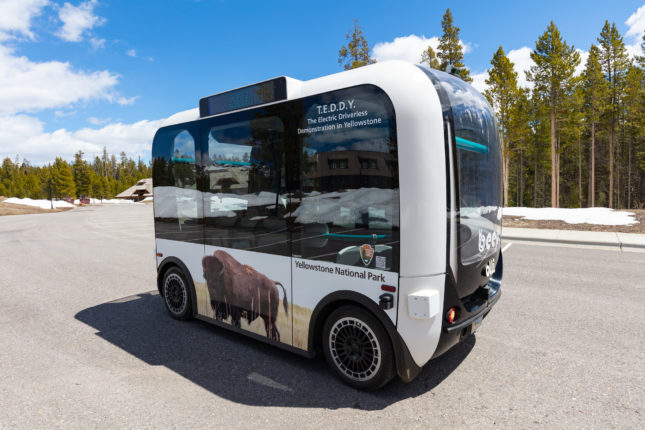 With the passing of the Infrastructure Spending Bill earlier this year, many government agencies, nonprofit organizations, and companies alike are taking advantage of the country’s expanding EV infrastructure.

Teslarati readers likely already know that EVs offer many advantages over gas counterparts, however, many may be surprised to hear about the more numerous benefits that come with the use of EVs in natural areas.

For National Parks, EVs offer less noise that would normally disturb local wildlife, and EVs lack hazardous chemicals and emissions that can be detrimental to these pristine locations (engine oils, fuels, and tailpipe emissions). EVs can operate more reliably and with lower operating costs, allowing more people to access the park more of the time for less money as well. 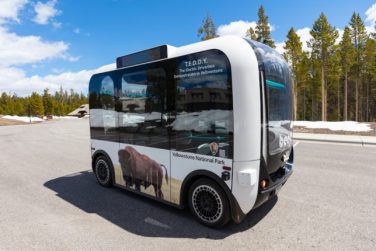 Yellowstone National Park is just one example of a location that has benefited from the implementation of EVs. The National Park itself installed T.E.D.D.Y autonomous electric buses only last year, and by the end of the year had moved more than 10,000 passengers, according to Robotics and Automation News.

These buses are sold by a Florida-based company called Beep and have not only been implemented around Yellowstone but throughout the US. Though the buses were placed in the park as part of a pilot program with the National Park Service, only running a total of 3 routes in the park, the program may serve as an example for future use in other parks with large numbers of visitors.

Even outside of the parks, EV infrastructure is being placed in order to allow electric car drivers to get to these parks more easily. The West Electric Highway program that started last month for instance is creating corridors of access to these destinations as well as through the Intramountain region where Yellowstone is located. Companies are also expanding charging infrastructure in these areas. Rivian and Tesla have also invested in destination charging that will provide customers better access to these natural areas.

Companies are being established around National Parks that will allow those who don’t yet own an electric vehicle themselves to rent one for access to the locations. Yellowstone Eco-Tourism Initiative (YETI) was started for that exact purpose just outside of Yellowstone two years ago. In a comment to Teslarati, the owners believe that the Chevy Bolt they offer customers allows for a unique experience witnessing both the natural wonders of the park, as well as the wildlife that would normally be scared off by gas vehicles.

The owners of YETI hope that, through a combination of community engagement opportunities at their facilities and electric vehicle rentals, visitors will now more than ever be able to get the best National Park experience.

An important note for those hoping to take their EV of choice out and into their nearest National Park is that vehicles of all fuel types are often prohibited in many areas to maintain the tranquility of the locations. While electric vehicles certainly still have many benefits to protecting the environment that they are used in, they still require roads and paths that many National Parks hope to keep open solely for walking or biking.