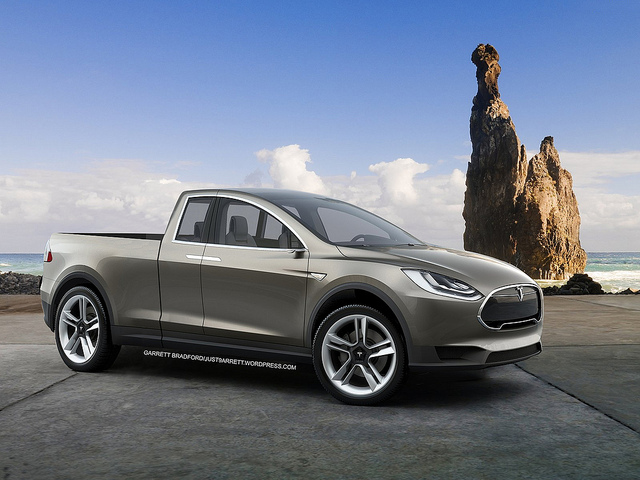 Tesla CEO Elon Musk was in Texas this week, fighting for his company’s right to sell electric cars directly to consumers. He also hinted that Tesla might have big plans for Texas, if this one little law just goes his way.

“I have this idea for a really advanced electric truck that has the performance of a sports car but actually more towing power and more carrying capacity than a gasoline or diesel truck of comparable size,” Musk told Automotive News. “That could be really cool, and I think that would probably make sense to do that at a new plant.”

This is not the first time Tesla has floated the idea of a pickup EV. Last July, Tesla’s chief designer, Franz von Holzhausen, said, “There will be a time and place for us to develop something around a pickup. That’s a market for which the torque of an electric motor would be ideally suited.”

The possibility of a new plant in Texas – Tesla’s first outside of California – is the carrot that Musk is dangling in front of lawmakers when he’s discussing the EV sales law. That law would allow Tesla to sell directly to customers instead of requiring dealerships to be franchised, and Musk says Tesla could sell as many as 2,000 vehicles a year if the company was allowed to sell its EVs this way. Should such an exemption be granted, Tesla may invest tens of millions of dollars in stores and service centers, Musk says.

Texas might not be at the front of anyone’s mind when it comes to EVs, but, as of the end of last month, the Lone Star State actually had the second-most publicly accessible charging stations in the US, 432, behind California’s 1,207.