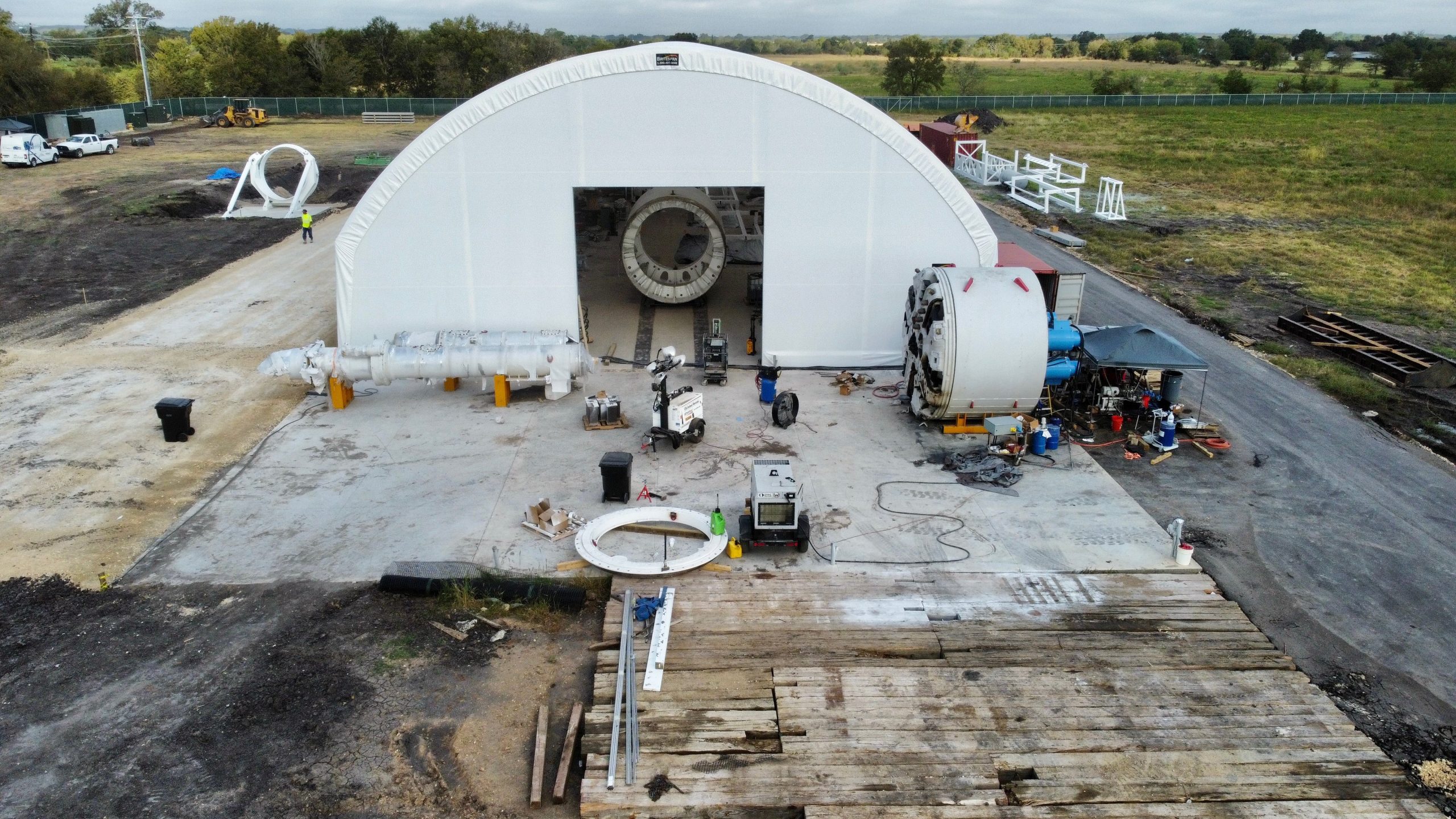 The Boring Company (TBC) continues to work on its tunnel boring machine (TBM), Prufrock 2, in Texas and seems to be making progress with each passing day. Recent TBC job listings hint that the tunneling company is getting closer to launching Prufrock 2 in Austin.

Prufrock will likely be instrumental in TBC’s following tunnels in Fort Lauderdale City, San Bernardino County, and Texas. Prufrock is expected to bore tunnels faster, getting TBC closer to beating Gary the Snail, the company’s mascot of sorts. According to The Boring Company website, Prufrock’s medium-term goal is to surpass 1/10th of human walking speed or 7 miles per day.

Prufrock will likely help TBC bore tunnels in Austin and San Antonio if each city’s officials approve the company’s proposals. The Boring Company proposed a tunnel in the capital of TX, running from Tesla’s nearby Giga Texas factory to downtown Austin. In San Antonio, the startup proposed a potential tunnel to Greater: SATX, a private-public nonprofit.

TBC’s recent job posts for workers in Austin, Texas, reveals that work on Prufrock 2 is progressing steadily. Over the last two weeks, The Boring Company has posted several new jobs, including the search for a Sr. Technical Recruiter, concrete laborers, a guidance navigation & controls engineer, an automation control software engineer, and a TBM Integration Manager, among others.

The TBM Integration Manager, in particular, hints at how close the tunneling company is to launching Prufrock 2 and its siblings. One of the responsibilities of the TBM Integration Manager is to oversee tunnel boring machine assembly and testing of mechanical, hydraulic, and electrical systems. The position also calls for the manager to implement testing programs for the assembly and launch of TBM systems.

The Boring Company’s new job listings and its continued work on Prufrock 2 could help the tunneling company progress further in its goals. With the Las Vegas Convention Center (LVCC) Loop completed and operational, TBC observers are excited to see its next moves.

Soon, TBC will open its Vegas Loop to the public, reaching another milestone. The other projects TBC is working on are still in the early stages of development.