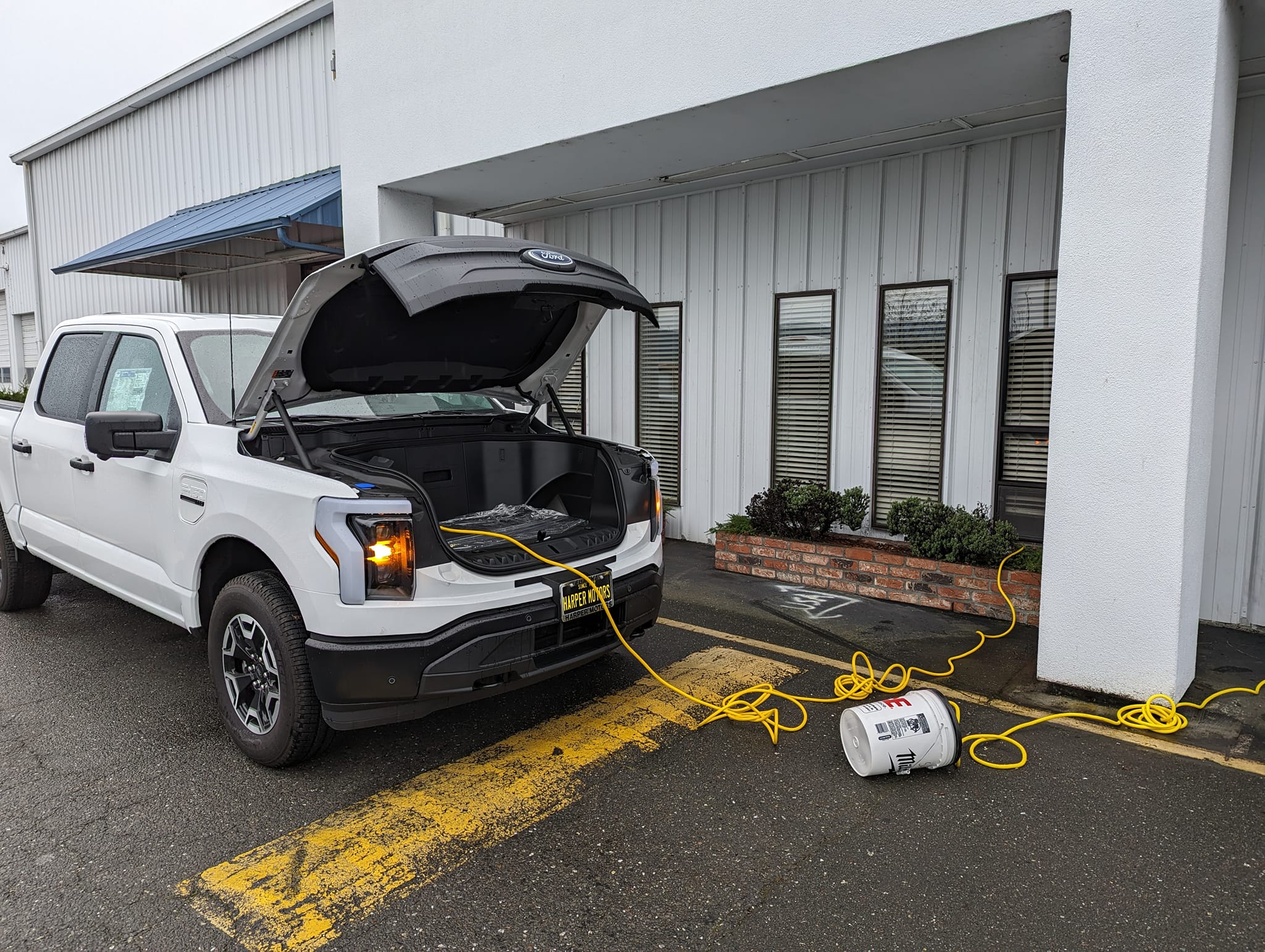 Ford and Kia EVs keep the lights on after California earthquake

A Ford F150 Lightning and a Kia Niro EV are being used to power a dealership in Northern California after a recent earthquake.

After a significant earthquake damaged and disrupted infrastructure in Northern California earlier this week, electric vehicles with vehicle-to-load technology were brought to supplement power to a local dealership. As reported by AutoEvolution, the dealership, Harper Motors in Eureka, CA, announced on their Facebook page that the 2 EVs are allowing them to stay open and to service customers.

As reported by CNN, the 6.4 magnitude earthquake that hit Humboldt County was a devastating force, and thus far, it has killed two people and injured countless others. However, thanks to electric vehicles with vehicle-to-load technology, businesses and emergency services alike didn’t have to be wholly disconnected after the event.

Ford and Hyundai/Kia have led the charge on vehicle-to-load technology in recent years, adding it to countless vehicles, including the Genesis G80 EV, the Hyundai Ioniq 5, and Ford F150 Lightning, to name a few. Ford has taken its technology even further, allowing customers to use their F150 Lightings as home backup generators, and more legacy brands are following with their offerings in the near future.

This is far from the first time electric and electrified vehicles have been used to aid people after environmental disasters. Last year, Ford sent a group of Ford F150s with vehicle-to-load equipment to Western Kentucky after a massive tornado hit the state. And more recently, as a cold weather front has advanced across the United States, numerous people are counting on their EVs to keep their houses powered and warm during this holiday season.

During emergencies like the one seen in Northern California this week, the strengths of electric vehicles are on full display. And in turn, customers and automakers alike are seeing just how powerful a tool vehicle-to-load and vehicle-to-grid technology can be.

Hopefully, helpful features like V2L can help customers move toward electric vehicles in the coming years and can, in turn, lead to a cleaner and more sustainable transportation system for everyone. And with even more EVs coming to market in the new year, car buyers will have more choices than ever.

Ford and Kia EVs keep the lights on after California earthquake