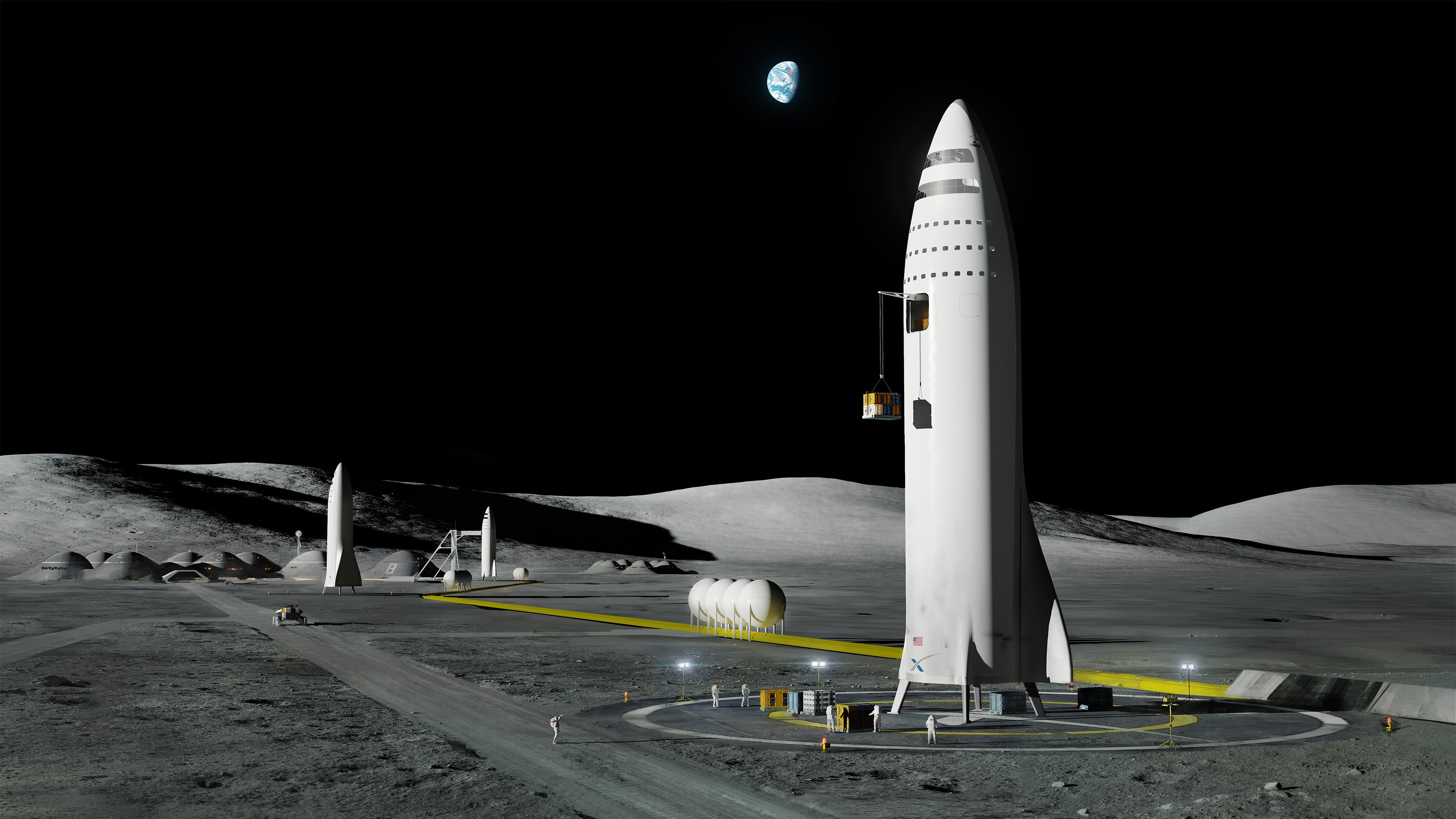 NASA head hints that reusable rocket cos. like SpaceX will enable Moon return

In a series of thoroughly unexpected and impassioned introductory remarks at one of several 2018 Advisory Council meetings, NASA administrator Jim Bridenstine bucked at least two decades of norms by all but explicitly stating that reusable rockets built by innovative private companies like SpaceX and Blue Origin will enable the true future of space exploration.

Incredibly, over the course his fascinating hour-long prelude, Bridenstine effectively mentioned NASA’s own SLS rocket and Orion spacecraft – under development for the last decade at a cost of at least several tens of billions of dollars – a total of one time each. Instead, heavily emphasizing the absolute necessity that NASA’s next major human exploration project be sustainable, the administrator spoke at length about the foundational roles that international and domestic space agencies and private companies will need to take on in order to make NASA’s on-paper return to the Moon both real, successful, and useful.

Aside from his arguably brave (but spot-on) decision to all but ignore Boeing and Northrop Grumman’s SLS rocket and Lockheed Martin’s Orion spacecraft over the course of an hour spent speaking about the future of NASA’s human exploration of the Moon and on spaceflight more generally, Bridenstine had nothing but praise for recent successes in the American aerospace industry.

Most notably, he spoke about his belief – at least partially stemming from an executive order requiring it – that the only way NASA can seriously succeed and continue to lead the world in the task of human space exploration is to put an extreme focus on sustainability. Judging from his comments on the matter, the new NASA/Federal buzzword of choice is just a different way to describe hardware reusability, although it certainly leaves wiggle room for more than simply avoiding expendable rocket hardware.

“It’s on me to figure out how to [return to the Moon] sustainably. … And this time, when we go, we’re gonna go to stay. So how do we do go sustainably? Well, [we take] advantage of capabilities that didn’t exist in this country even five or ten years ago. We have commercial companies that can do things that weren’t possible even just a few years ago … to help develop this sustainable [Moon exploration] architecture.” – NASA Administrator Jim Bridenstine, 08/29/2018

While it might not look like much (aside from a “no duh” statement) to anyone unfamiliar with the trials and tribulations of NASA bureaucracy and politicking, this quote – directed at an audience of senior NASA scientists and managers and independent experts – is absolutely extraordinary in the context of NASA’s history and the formulaic eggshells NASA administrators have traditionally been forced to walk on when discussing American rocketry.

Not only is SLS/Orion utterly and conspicuously absent in a response to the “how” of starting a new wave of lunar exploration, but Bridenstine also almost explicitly names Blue Origin and SpaceX as torchbearers of the sort of exceptional technological innovation that might revolutionize humanity’s relationship with space. By referring specifically to “commercial companies that can do things that weren’t possible even just a few years ago”, the only obvious answers in the context of serious human exploration on and around the Moon are Blue Origin and SpaceX, both of which managed their first commercial rocket landings in late 2015.

Bridenstine went even further still, noting that NASA will need not just reusable rockets for this sustainable lunar exploration, but also reusable orbital tugboats (space tugs) to sustainably ferry both humans and cargo to and from Earth and the Moon and reusable lunar landers capable of many trips back and forth from space stations orbiting the moon. At one point, he even used SpaceX CEO Elon Musk’s (in)famous and well-worn analogy of commercial airlines to emphasize the insanity of not using reusable rockets:

“We have reusable rockets [now]… Imagine if you flew here across the country to [NASA Ames] in a 737 and when the mission was over, you threw the airplane away. How many of you would have flown here?” – NASA Administrator Jim Bridenstine, 08/29/2018

At today's NASA Advisory Council (NAC) meeting, Administrator Jim Bridenstine says the next hop to the moon is going to be sustainable – and will require reusable spaceflight hardware. Uses the same airplane analogy @ElonMusk does when it comes to explaining advantages.

It may be generous to include Blue Origin side by side with SpaceX, given the fact that its New Shepard rocket is extremely small and very suborbital, but the company does have eyes specifically set lunar landers and outposts (a project called Blue Moon) and is developing a large and reusable orbital-class rocket (New Glenn) set to debut in the early 2020s. 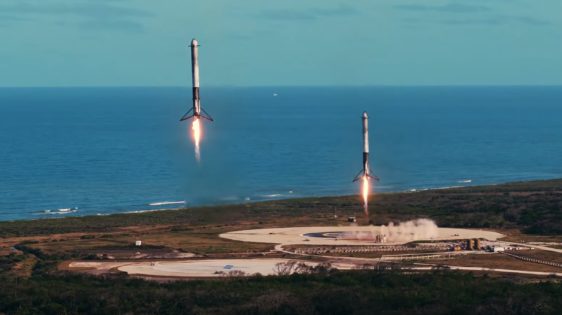 We’re not here just yet, but SpaceX is pushing hard to build BFR and get humanity to Mars as quickly as practicable. (SpaceX) 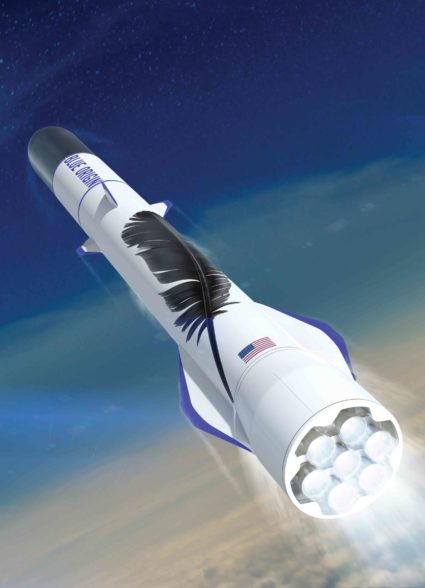 SpaceX, while focused on Mars colonization, has also expressed a willingness to participate in any sort of lunar exploration that NASA or other international space agencies might have interest in. Currently in the middle of developing its own massive and fully reusable rocket, known as the Big F_____ Rocket (BFR), SpaceX nevertheless already has a flight-tested, highly successfully, and unbeatably cost-effective family of reusable Falcon rockets capable of affordably launching significant mass to the Moon. In fact, both NASA and ESA (European Space Agency) are already seriously considering SpaceX’s Falcon Heavy as the launch vehicle of choice for several critical pieces of a Moon-orbiting space station, expected to launch no earlier than the early to mid-2020s.

Whether or not Bridenstine’s incredible and eloquent statements translate into tangible changes to NASA’s long-term strategy, it’s quite simply refreshing to hear a senior NASA executive – let alone the administrator – speak freely and rationally about the reality of what is needed to enable a truly new era of human spaceflight and exploration.

NASA head hints that reusable rocket cos. like SpaceX will enable Moon return