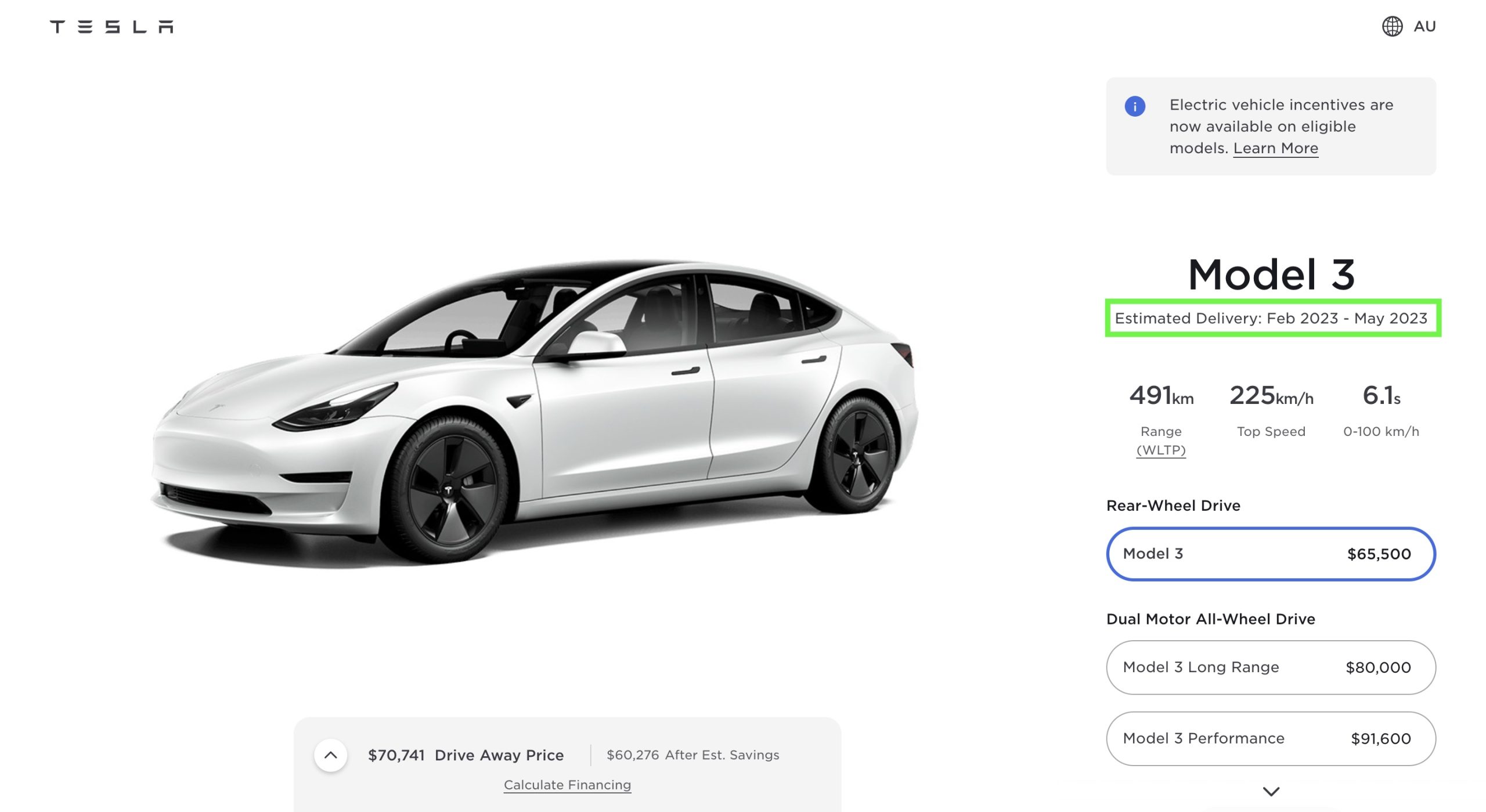 Currently, the estimated delivery date for all Model 3 variants in Australia is between February 2023 to May 2023, about 8 to 11 months away. On June 9, Tesla’s delivery estimates for the Model 3 were between 9 to 12 months in Australia.

Tesla recently increased the prices of vehicles across its lineup, including the Model 3. The Driven calculated that the base Tesla Model 3 RWD (previously the SR+) variant’s price increased 9.35% in Australia since the beginning of 2022.

Tesla announced that it would start delivering Model Y and Model 3 vehicles with Tesla vision to Australia a few weeks ago. It stated that cars manufactured from June 2022 onwards and bound for Australia would be equipped with its camera-based system for Autopilot and FSD suite.