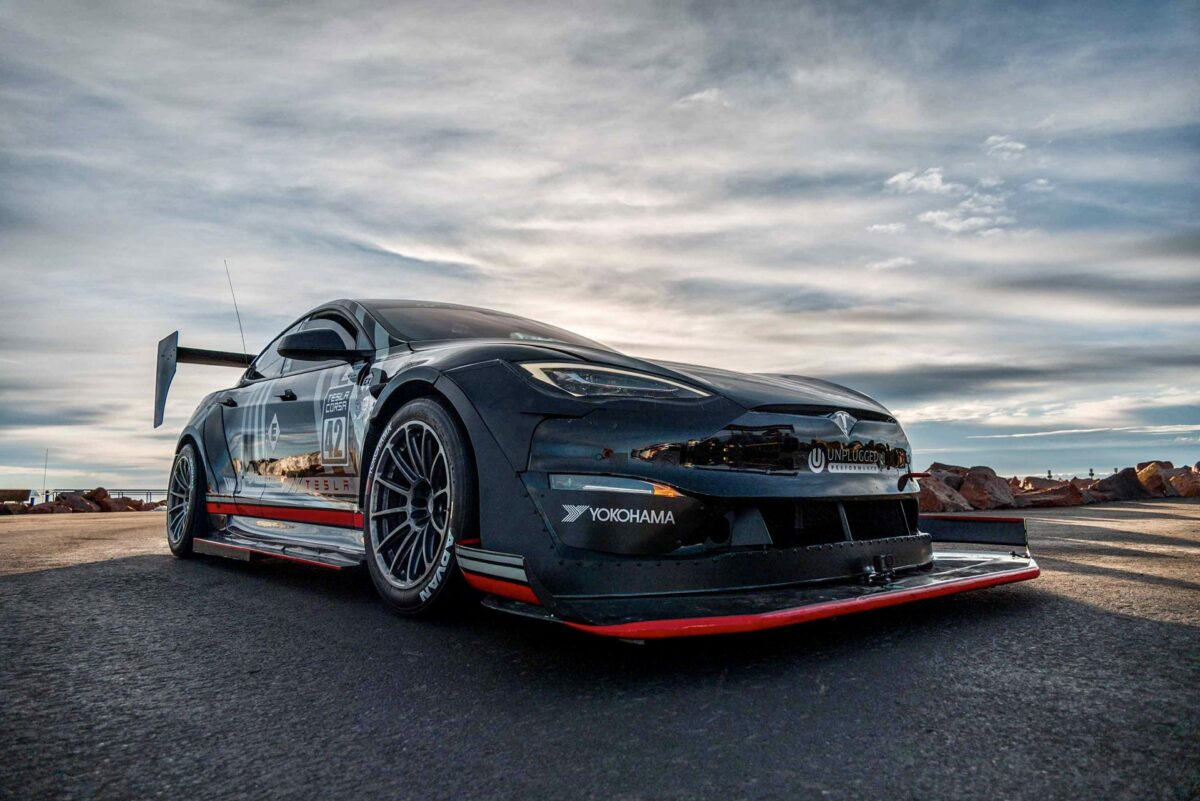 A Tesla Model S Plaid has taken yet another lap record, this time at Willow Springs Raceway.

The new lap record, 1:13.51, is an absolute slashing of the previous record held by a modified Chevrolet Corvette Grand Sport that completed its lap in 1:16.45.

As for the car, it has received a laundry list of upgrades, most notably including a complete aero kit; wing, front splitter, side skirts, and rear diffuser, a set of carbon-ceramic breaks, as well as a completely new suspension setup specifically designed for the vehicle (a super expensive setup that we have covered in a recent article). Along with its gutted interior and r-compound tires, it made short work of the previous lap record. According to Unplugged, initially reported by TheDrive, this wasn’t even near the fastest the vehicle could go.

While you may not have heard of the Willow Springs Raceway, in all likelihood, you have seen it in some of your favorite video content posted by MotorTrend, Car and Driver, and others. But it is far from the only notable track that Unplugged performance has taken on.

Unplugged has become infamous for ripping up hill climb records, most recently at the historic Pikes Peak hill climb. But they have also made a name for themselves at locations like Laguna Seca and Buttonwillow (another track where they now hold a lap record).

Besides being known for ripping up lap records and essentially starting the modified performance EV space, Unplugged Performance is known for its product offerings that can be equipped to Tesla vehicles to tune them to be anything from a fun canyon carver to a fully kitted track rat.

Unplugged, and a few other shops like them, are showing that electric vehicles are not only capable track vehicles, but they can be far faster than ICE alternatives. And while EVs are far from being ready to perform in races like 24 hours of LeMan, there is plenty of room for their participation in the very near future.