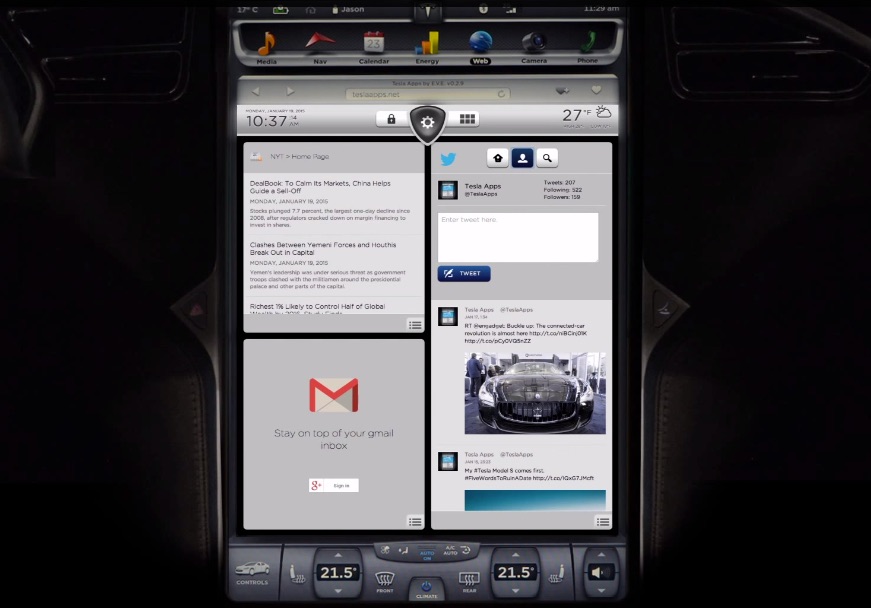 A couple of weeks ago Jason Calcanis had an interesting take on Apple’s possible play in electric cars and, primarily, the Apps market for the soon to be ubiquitous, large touchscreen interfaces in cars in five to seven years. The clincher from Calcanis was that self-driving cars would give riders and “drivers” more free time to use Apps in the car in the future, and create a new revenue stream from the company that created this marketplace.

There’s a company called Tesla Apps (www.teslaapps.net) that’s not waiting on the driverless cars revolution and wants owners to customize your Tesla touchscreen with its custom app settings right now.

Be inspired on your next road trip with #Instagram available in your #Tesla Apps dashboard. http://t.co/kadugrrEgf pic.twitter.com/AhrHy6iMiK