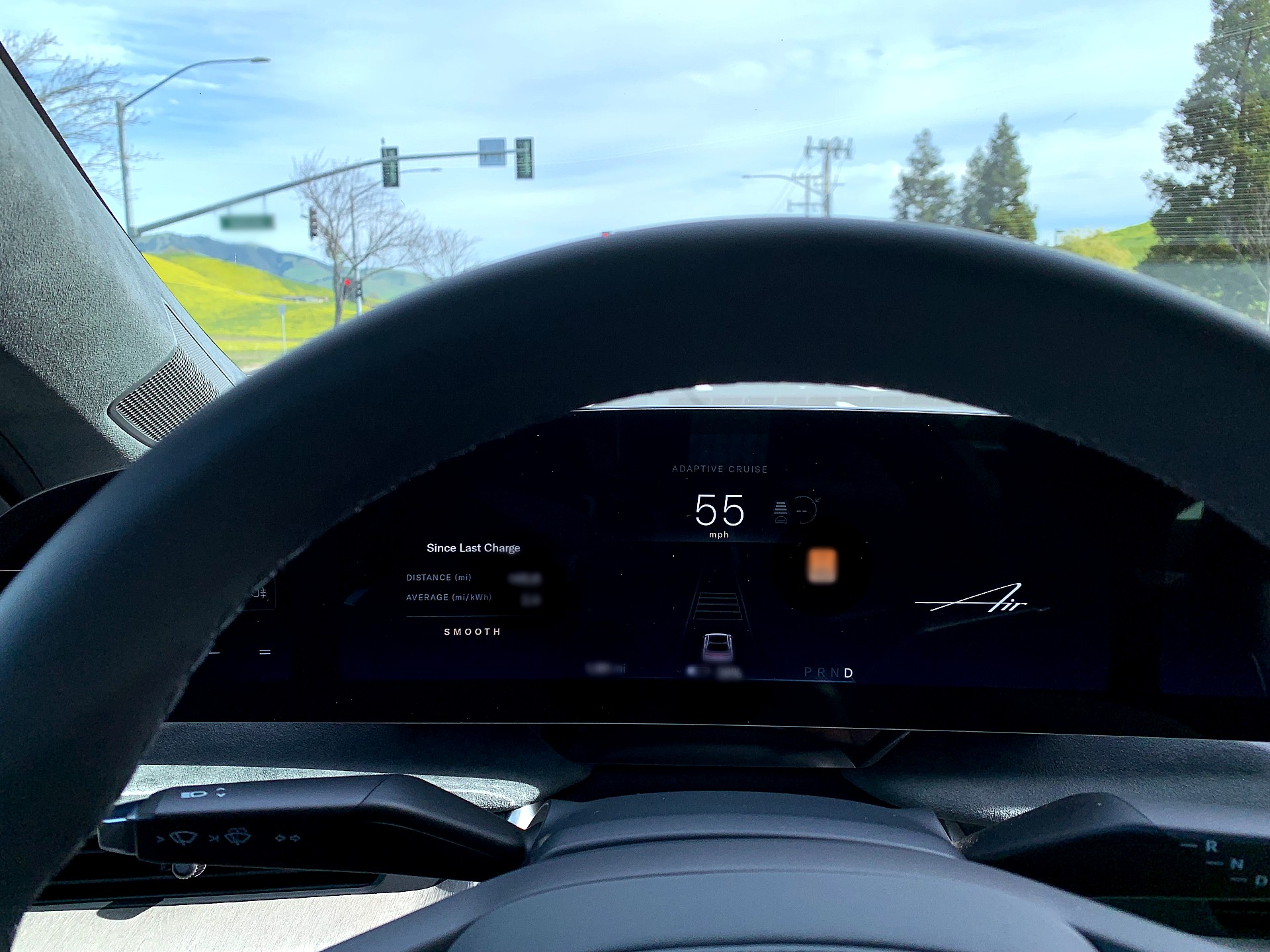 Lucid is giving the first portion of DreamDrive, along with improvements to Access & Profiles, Navigation, and other minor updates, in this new software version. 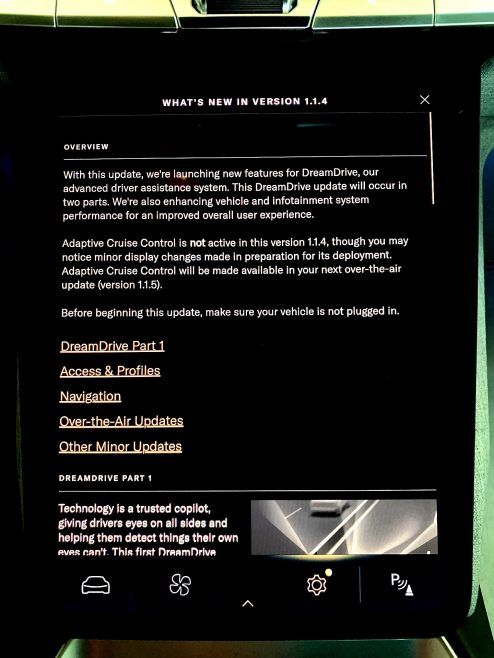 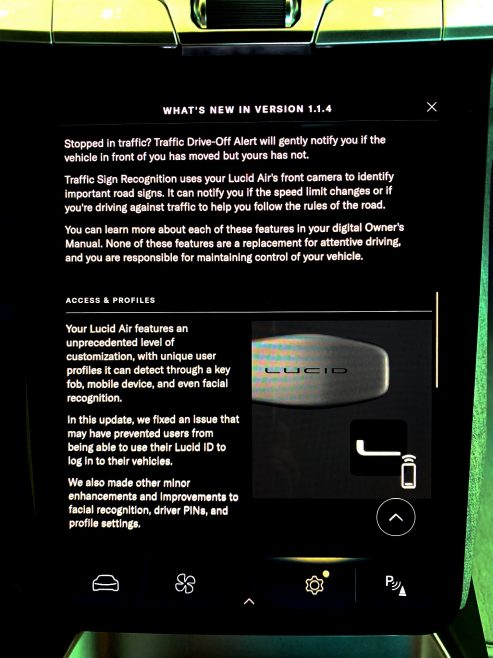 “Your vehicle is capable of detecting objects in your path, including other vehicles, cyclists, or pedestrians. If the vehicle determines a collision is imminent, it will warn you, then initiate Automatic Emergency Braking to avoid or reduce the severity of impact. Note your vehicle may not detect stationary objects in time to avoid collision at certain speeds.”

“Cross Traffic Protection warns you if there is a risk of collision with another vehicle approaching from either direction, both in front of or behind you. It will initiate emergency braking if needed to avoid impact.”

“Lane Departure Protection helps keep your Lucid Air from unintentionally straying from the driving lane. It will alert you if it detects an unintended departure and initiate corrective steering if needed to bring your vehicle back into the lane.”

“Stopped in traffic? Traffic Drive-Off Alert will gently notify you if the vehicle in front of you has moved but yours has not.”

“Traffic sign recognition uses your Lucid Air’s front camera to identify important road signs. It can notify you if the speed limit changes or if you’re driving against traffic to help you follow the rules of the road.”

The update, which was set to roll out in January, had been delayed. A message from CEO Peter Rawlinson came over the vehicle’s screen in early January, advising them that the features were set to be included in a software update by the end of the month. Lucid is a few days late, but it is, of course, better to roll out an update the automaker is confident in, instead of reaching for relatively fluid deadlines.

Lucid also included various updates to Navigation, more customization to Access & Profiles, and improvements to OTA Updates. There were also minor issues solved, such as an issue “where the Pilot Panel and Glass Cockpit might reboot unexpectedly,” and improvements to Radio and Alexa. 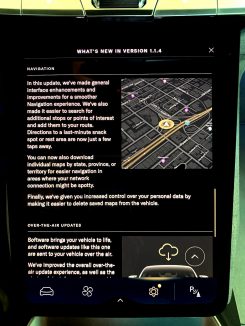 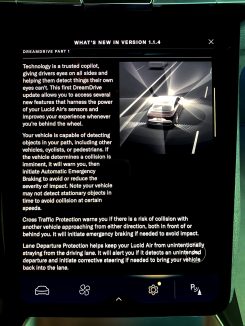 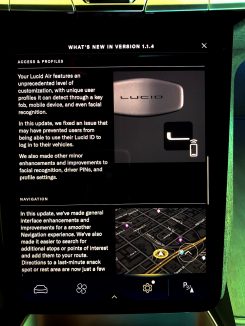 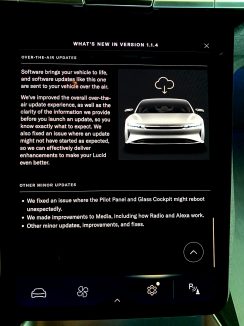